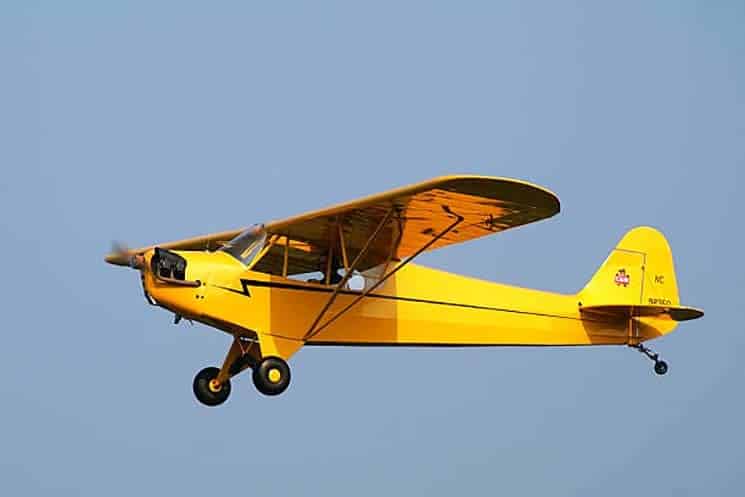 It’s 70 degrees with no wind, clear skies and visibility unlimited. Just perfect for landing one of the old Pipe J3 Cubs I used to fly on the 16th fairway of the golf course off my porch where I live in central Florida.

Out in Texas, Bush 4141, a special train carrying the casket and remains of former President George Herbert Walker Bush is slowly making its way across the state to College State where he will be buried in rainy, overcast weather.

The rest of the country is struggling with a brittle cold winter, snow, and ice.

There is a certain bond between pilots, young and old. George Bush is one of the last of the Greatest Generation. With a stick in hand, he flew into battle, was shot down, rescued by a submarine in the Pacific Ocean, and served as a mentor whose heroic wartime deeds prompted many of us in the generation that followed to take up “the stick”.

I knew George H. W. Bush and covered him when he was president and visited the Florida Keys to fish for the elusive bonefish. I was nowhere near the pilot he was but somewhere in my files is a handwritten note from him thanking me for sending him some information. He was, other than being surrounded by Secret Service guardians, one of the boys when he came to enjoy the Keys.

My association with him did not make me a Republican no more than my coverage of President Jimmy Carter during a visit to Tokyo made me a Democrat.

I respected both men for what they were: “My President”. Being a journalist and writer I have been registered as an independent for more years than I remember. Every president since Franklin Delano Roosevelt, under whom I was born during the Great Depression, has been “My President”. That doesn’t mean I have agreed with any or all of them. It simply means I respect the office and the men who have filled it. I have often wondered why anyone would want the job.

On the other hand, I do not have to wonder why some of us like to fly. I could not, because of lack of 20/20 uncorrected vision, fly in the military so did my time during the Cold War, which came to an end under George Herbert Walker Bush’s administration, as an intelligence analyst in the old U.S. Army Security Agency.

I learned to fly airplanes to give me an advantage in pursuing my career. They gave me a way to get to stories others could not reach and in that sense expanded my worlds beyond the horizon.

Often in my travels, I would rent a small plane and take in from the air some of the countries I was visiting. Seeing the Great Salt Flats or the O.K. Corral from your own plane, at your own pace, is a wonderful experience.

Climbing to 5,000 feet and trying to find individuals on the ground taught me how small a part of this world I am. It makes one humble, to say the least.

There is nothing like taking the stick in hand and climbing “on top” to slip the surly bonds of the earth so well described by John Gillespie Magee. He was a young Canadian pilot who died flying for the Brits in the early part of World War II in his poem “High Flight”. He wrote the poem to his parents shortly before he died.

Oh! I have slipped the surly bonds of earth
And danced the skies on laughter-silvered wings;
Sunward I’ve climbed, and joined the tumbling mirth
Of sun-split clouds – and done a hundred things
You have not dreamed of – wheeled and soared and swung
High in the sunlit silence. Hov’ring there,
I’ve chased the shouting wind along, and flung
My eager craft through footless halls of air.
Up, up the long, delirious, burning blue
I’ve topped the wind-swept heights with easy grace
Where never lark, or even eagle flew –
And, while with silent lifting mind I’ve trod
The high untrespassed sanctity of space,
Put out my hand and touched the face of God.