Enjoy our 3rd Annual “Older Than Dirt” Trivia Quiz! Check out our links below for more.

1.During WW II, what was a Victory Garden?

a. The top floor of Madison Square Garden
b. Houseplants you could win with S&H Green Stamps
c. A home garden to raise food for family and friends

a. A dab of Brylcreem would keep your hair in place like car grease
b. A little dab of Ovaltine in milk would turn you into Capt. Midnight
c. Rumor was that a dab of Spanish fly would do it, but no one ever knew for sure

a. Girdles, Corsets, and Co.
b. Cheap, Cheaper and Co.
c. Montgomery Ward and Co.
d. Sears, Roebuck, and Co.

4. What was duck and cover?

A. Hunting fowl during the Great Depression
b. A drill for school children, for use in case of atomic attack
c. A ducktail haircut toupee

5. The oldest man in the US died recently at 113. To what did he attribute his long life?

a. Giving up cigars at age 97
b. Never marrying
c. Brussels sprouts and chocolate

6. What was the “party line” with which many of us grew up?

a. “Your place or mine?”
b. Telephone lines shared by several homes, or parties
c. “A chicken in every pot.”

7. What postwar auto was said to not know whether it was coming or going?

9. What color were flashbulbs for use with color film?

10. What was the average life expectancy in the US 100 years ago?

a. Your houseplants are alive, and you can’t smoke any of them
b. Having sex in a twin bed is out of the question
c. A $4.00 bottle of wine is no longer “pretty good stuff”
d. All of the above

12. When you put your right foot out and shake it all about, what are you doing?

a. Throwing out your back
b. Going for a Section 8
c. The Hokey-Pokey

1. c) Victory gardening enabled more food supplies to be shipped to our troops around the world.

2. a) “Brylcreem, a little dab’ll do ya! Brylcreem, you look so debonair! The gals will all pursue ya. They’ll love to get their fingers in your hair…”

3. d) Sears, Roebuck, and Co. were named in 1893. It is said that Roebuck, a watchmaker, disappeared when he objected to customers using catalogs for toilet paper.

4. b) A drill for school children. Today’s equivalent is Tom Ridge’s plastic and duct tape.

6. b) Telephones were great neighborhood entertainment in the days when each home on the party line had a unique ring and the phones of every subscriber on the line rang at the same time. It was great sport to listen in to the conversations of everyone on the line. 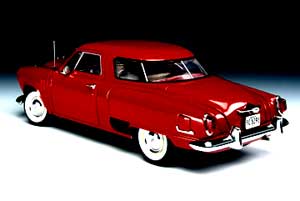 7. c) The ’51 Studebaker had so much glass in the rear, folks were concerned that other drivers wouldn’t know front from back.

9. b) Blue flashbulbs were used with color film, daylight balanced.

12. c) You’re dancing the Hokey-Pokey. In 1953, bandleader Ray Anthony bought the rights and recorded The Hokey Pokey on the B-side of another novelty record, The Bunny Hop.*

10 – 12 correct: You are not only older than dirt but smart as a buggy whip. Now if you could only remember yesterday.

7 – 9 correct: Not quite dirt yet, but your mind is definitely dusty.

0 – 6 correct: You are a sad excuse for an old coot. Redeem yourself. Wear yellow pants or let your ear hairs grow into a comb-over.