Enjoy our 3rd-and-a-Half “Older Than Dirt” Trivia Quiz! Check out our links below for more.

1. In what year did most US cars change from two headlights to four?

2. What fad toy sold over 25 million units in 1958 after just four months on the market? 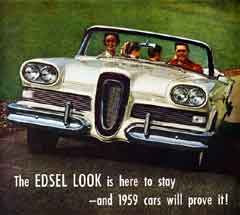 3. All but one won best picture Oscar during the ’50s. Which one did not?”

a. Around the World in 80 Days.
b. Bridge on the River Kwai.
c. The Greatest Show on Earth.
d. Ben Hur

a. The Third Man
b. Frankenstein
c. Reefer Madness

5. In 1955, young girls wore full skirts made of felt with an attached patch. What were these skirts called?

a. Korea
b. Germany
c. Vietnam

8. What did we use in the outhouse before toilet paper was available?

a. Corks from Portugal
b. Leaves
c. Catalogs

9. This Christmas favorite was introduced in 1949.

a. Jingle Bells
b. I’m Dreaming of a White Christmas
c. Rudolph, the Red-Nosed Reindeer

a. Slinky
b. Bikini
c. Lego

11. When did the national numbered road system start?

12. What article of clothing was made popular in 1954 by Fess Parker in Davy Crockett?

1. b) 1958
2. c) Hula Hoop. Considered the greatest fad of them all, the Hula Hoop was modeled after a wooden toy which was utilized in Australian gym classes.
3. d) Ben Hur
4. a) The Third Man
5. b) Poodle Skirts. Though known as poodle skirts, they were not limited to poodle patches but instead were often decorated with patches of flowers, records, cars, and other animals.
6. b) Germany
7. c) here. “Kilroy was here!” appeared mysteriously all over Europe and the Pacific during World War II.
8. c) Many seniors alive today remember using Sear’s catalogs, newspapers, flyers or whatever was available for both reading and sanitary purposes. Toilet paper in rolls were first marketed in the US in the 1880s by Edward and Clarence Scott of Philadelphia.
9. c) Rudolph, the Red-Nosed Reindeer
10. c) Lego. The Danish Lego company first started making building blocks of the type that would develop into the now familiar plastic Lego blocks in 1949.
11. a) 1925. The nation’s most well-known road, Route 66, opened in 1932 to link Chicago and Los Angeles.
12. a) coonskin cap. Even presidential candidate Senator Estes Kefauver, joined in on the craze, wearing one at numerous public appearances.

10 – 12 correct: You are not only older than dirt but sharp as a Civil War bayonet. Now if you could only remember where you put your glasses.
7 – 9 correct: Not quite dirt yet, but your mind is definitely dusty.
0 – 6 correct: You are one sad excuse for an old goat. Turn in your “Sorry, I’m having a senior moment” card immediately.