Sears Catalogs: Passing of an Era 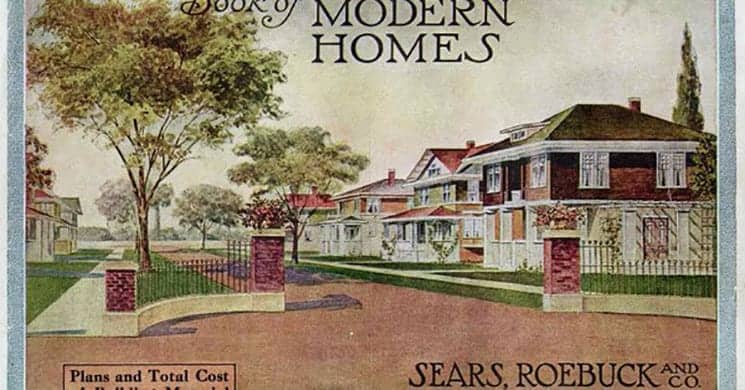 There was a time in this country when a catalog helped bind the country together but like many of the hallmarks of our development, that time has been flushed down the toilet.

Sears, Roebuck & Co. is fast becoming history. There was a period in the 20th Century when it produced a catalog that helped breach the color line in Jim Crow America. It delivered whole homes to many struggling to climb up to the middle class. Sears also clothed much of rural America.

Order Anything from Sears Catalogs

Living in the country with no indoor plumbing, the most important books in our outhouse was a stack of old Sears catalogs. When there wasn’t enough money between crops to afford toilet paper, catalog pages came to the rescue.

Many of our clothes and some of our tools were delivered to our mailbox on the road after being ordered from Sears. For some reason, we favored underwear from the J.C. Penny catalog. It eventually joined the catalog stack in the outhouse also.

But there was no other catalog of the day that could compare to Sears. If you were so inclined, you could order a house from the Sears catalog. Not a playhouse, but a real full-sized home delivered in precut pieces to your lot anywhere in the country. All you had to do was put it together. If you didn’t have all the proper tools, you could order them from the Sears catalog also.

Today some of the Sears homes survive in suburban America. They have stood the test of time. They’re as durable today as they were when they arrived on the truck. Some have been updated but overall they have become collectible and livable Americana.

The Sears catalog opened up a whole new world of privilege for many disenfranchised Americans in the mid-20th Century. People who worked at the near poverty level discovered they could order better products from Sears. Their survival often depended upon the company store. However, they were often thwarted by the very people from which their pay came.

That was particularly so in segregated areas. People who could save a few pennies to order from the Sears catalog had to depend upon those who were holding them down to purchase money orders and postage to pay for and mail their Sears orders. It sometimes took a lot of maneuvering through and around the Jim Crow supporters to get the required payment to Sears with an order.

Sears catalogs were the ultimate shopping center for Christmas and other gift-giving events. Many a hand-me-down Christmas sweater started life if the Sears mail-order room. The Sears catalog was the great book of dreams for many of us who lived far from the convenience of stores and shopping centers.

Time and technology have caught up with Sears and its catalogs. Today we order from the keyboard of our computers. Our products arrive at our front door almost instantly. Compare that to the time it took to order in the old catalog days and await the arrival of our order.

Still, I will always remember the Sears, Penny’s, Montgomery Ward, and especially the Herter’s outdoor catalogs that were available in my younger days. They kept me in everything from underwear to the materials to build my own fishing rods.