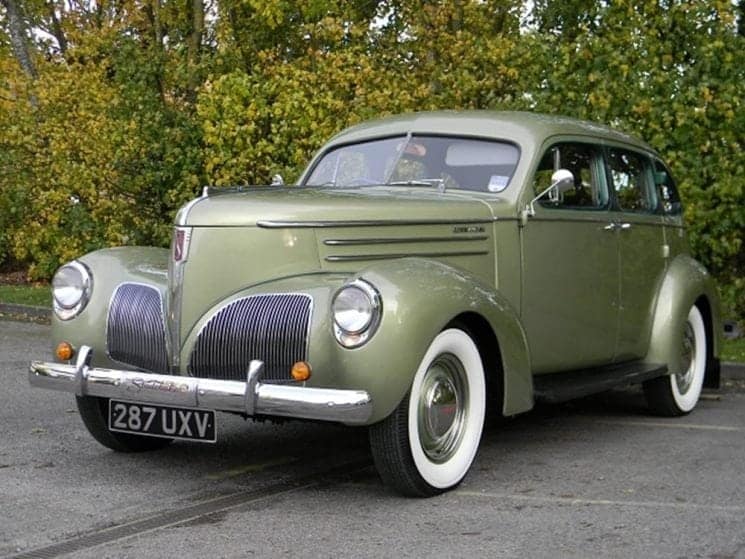 It wasn’t much on looks. It had more miles on it than God. We called it a Studebaker Green Bomb. It was a sexy (for that time) 1939 Green Studebaker.

The clutch slipped, the rear shocks didn’t work, and inside it smelled like someone died.

Or at least how I imagined that would smell.

But it was my first car – a beat-up 12-year-old, four-door 1939 Studebaker Commander – and I wouldn’t have been happier driving a brand new Caddy ragtop with Doris Day lusting after me from the back seat.

A boy’s first car is far more important and indelible than his first kiss, first date, first love, first anything. At least, that’s the way it was for me.

The day I turned 15, I passed my Illinois driver’s license test. (Yes, in those days you got your learner’s permit at 14 and, to the dismay of most parents, were legal to drive the following year.) On my 15th summer, I got a job as a stock boy at Kodak’s downtown Chicago retail store at 38¢ an hour. After bus fare, every penny went into my car fund. I would have wheels and the freedom they represented by summer’s end. 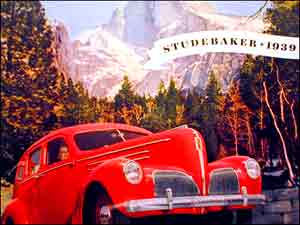 Strangely, my parents didn’t object. Mid-August I paid $150 for the Studebaker and had enough left over for insurance.

Compensating for the funky smell, my first car featured a radio whose sound matched our family console, and a Hill-Holder – a nifty innovation that locked the brakes so you wouldn’t roll backward when releasing the clutch while starting from a hill.

Overdrive was a fifth gear that automatically engaged when you let your foot off the gas going over 42 miles per hour. Precocious for a ’39.

But first, I had to learn to drive a stick shift; I’d earned my license driving my dad’s Hydra-Matic Oldsmobile.

I enlisted my good buddy and four-on-the-floor expert, Pete Ziegler, who patiently sat through hours of grinding gears and bouncing starts as I practiced negotiating a manual transmission.

Next, I dealt with the smell. Pine-scented aerosol taped to the steering column did the trick. (I went through a can a week.)

Then, being a teen-ager – fearless and stupid – I wasted no time driving to an unpatrolled stretch of highway in the time-honored tradition to see “what the car could do.”

At about 85 miles per hour, bouncing along like the poor car had its testicles in a cinch, the hood flew up blocking my view, then took off like a flying saucer. The next day I fixed the hood, bought green auto paint, primed, masked, and spray-painted the car.

The Green Bomb was born.

God, it was so g-r-e-e-n. Almost iridescent. The swatch had looked, well, Studebaker conservative. That first night I honest-to-God was pleased to see that it didn’t glow in the dark.

The car was a dream. It was big enough to carry 10 good friends, 12 with the windows open. In overdrive, its little 85-hp L-head six-cylinder engine got almost 30 miles per gallon. With gas at up to 22¢ a gallon, that meant something.

Alas, the following spring I sold the Green Bomb – now with new shocks – buying instead a chopped and leaded ’41 Ford convertible powered by a hot ’47 Mercury engine. It was fast, with chromed headers and dash, satisfying my itch for speed, self-expression, and parental disapproval.

It had no top. I carried a squeegee to wipe the inside windshield when it rained.

Late that summer, I saw my poor old Green Bomb in a junkyard, smashed almost beyond recognition. Soon after, I ran into the guy to whom I’d sold it. Before I could ask what happened, he said, “I had a little accident with your car. And you know, I’m sure going to miss that radio.”

Suddenly Trivia Answer: a) $660. The more expensive eight-cylinder Studebaker Dictator had been dropped from the line at the end of the 1937 model year as Hitler gained power in Europe.