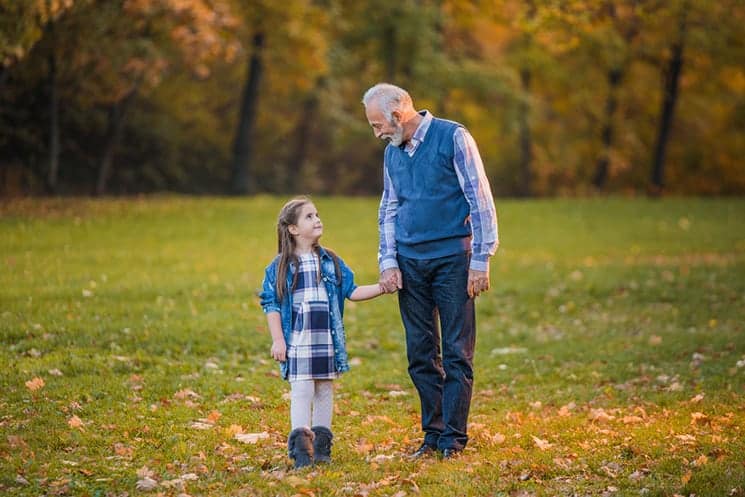 It was a rusty, sputtering green 1994 Ford Explorer that my grandpa Jim owned. No air freshener could cover up the permanent scent of wet dog and salty sea water that derived from countless trips to Coronado beach with two boxers and five grandkids in tow. We called it the Jolly Green Giant.

When he passed away, it was gifted to my brothers and me. I first learned to drive in that car, with my eldest brother nervously gripping the side of the passenger seat while trying to remain calm and supportive. Having taught her two boys to drive, my mom had long since given up teaching me. After all, she had two perfectly capable pupils who could pass on their skills to their youngest sibling. I even slept in that car one night when I was rebelling against my mom for giving me a curfew in high school. For the record, it didn’t work. I still had to be home by midnight.

The Jolly Green Giant spent its last trip driving from Iowa City back to Chicago with my brother. After constantly breaking down, we put it to rest with a sticker price of something like $400. It had a long life, lasting 18 years with over a couple hundred miles on it. It had been about 8 years since my grandpa passed away, but I think that’s the first time I really felt the loss.

His Car: Don’t Need to Know Everything

Now, at 26, I just bought my first car. After admiring my cute blue hatchback, I couldn’t help but think about the Jolly Green Giant and my grandpa. I wish I could’ve asked him if he knew that car would last so long when he bought it. And if so, what were the tell-tale signs? I don’t think anyone could have predicted that the JGG would become such a legend. I thought about this more during my first cross-country road trip by myself. Driving 9 hours through Midwestern cornfields and farms, I realized there were quite a few, albeit random, questions I wish I could ask my Grandpa.

Question 1: How do you know if a mechanic is ripping you off?

I remember my Grandpa being good with cars. Unfortunately, that wasn’t genetic. It became very clear very quickly that I was not ready for the responsibility of owning my own car. Growing up with two older brothers meant I always had a ride home. Growing up in Chicago meant I lived close to public transit. It was easy to hop on a bus or a train and get where I needed to go.

So, when I finally did take the plunge and bought a new car (I know, I bought a new car? Why?), it wasn’t long before I promptly messed up the right-side passenger door trying to avoid a pickup truck in a parking garage. The crunch against the concrete wall shook my entire car. I braced myself before getting out. It sounded expensive.

First, I called USAA to make a claim and got a recommendation for a mechanic. I have USAA because my grandpa was in the Navy (but more on that later). I got an initial estimate of $3,000, scheduled a date to drop off my car and let myself cry for about 5 minutes in frustration.

What was supposed to cost $3,000, and take 5 to 10 business days to fix, quickly turned into 3 weeks to repair—at a new charge of $5,000. What! How could that be? Was I getting ripped off like everyone warns you about? Surely not; that’s too cliché. I turned to all of the online articles about getting swindled by mechanics. It only drove me crazy.

I finally caved and called USAA to get to the bottom of it. The patient customer rep reassured me that:

But I thought back to all the work the JGG needed, and it never seemed to take this long. Ugh, if only I could cross-check with my grandpa. If it didn’t add up, I know he would be down there in a heartbeat putting that overly chummy mechanic in his place.

Question 2: How did you set Nana up so well for retirement?

My nana, the last grandparent I’ve got and the matriarch of the family, will be celebrating her 90th birthday next year. She spends her summer months in Chicago with my family, and in San Diego during the winter with my aunt. She did a stint in a retirement home but is far too much of a social butterfly to spend her days in the 300 square foot room with just a TV on for sound.

With a caretaker – or as we say, her assistant— Nana still goes to the salon to get her hair done and nails manicured. She takes her time in the morning, carefully applying Estée Lauder foundation to her still sun-kissed skin and light pink lipstick that’s been her signature for years. Seriously, how did my grandpa make sure Nana was set up so well? How did he get his finances in order like that? Sure, there are lots of ways to prepare yourself for the future. Through months of research, I’ve refinanced my student loan and found ways to estimate how long my money will last when I retire so I can set a goal for myself. But, I can only hope to stay pampered in my Twilight years like my grandpa made sure my nana would be.

Question 3: What was it like traveling the world for work?

Wanderlust runs in my family. My mom took a bike trip across Europe in her early 20s. My uncle moved to Australia—and still lives there. Two of my aunts relocated to Hawaii. I’ve been known to spontaneously jump on planes whenever a good deal pops up on my phone. But I don’t think any of us are as well-traveled as my grandpa was.

As mentioned in passing above, my grandpa spent his most of his career in the Navy. That’s how he met my nana, actually. They were at a party in Halifax, Nova Scotia where my nana is from. Grandpa was an American Navy cadet at the time. Nana was a Canadian college student at a time when women were just starting to pursue post-secondary education. He asked her to dance. They married three weeks later.

During his time in the Navy, my grandpa went all over the world. According to my mom, he was even part of the naval teams that picked up astronauts in the middle of the ocean and welcomed them back to Earth. First of all, I didn’t know that was a job you could have. Second, what was the first thing he would say to the astronauts? And what was the first thing they would say back? What I wouldn’t do to crack open a couple bottles of Modelo with him and hear more about these experiences.

So, if there’s one thing I want to convey from this, it’s that I hope you take your grandkids out for a walk and tell them your stories. They may not seem interested now but I promise, one day they will be.