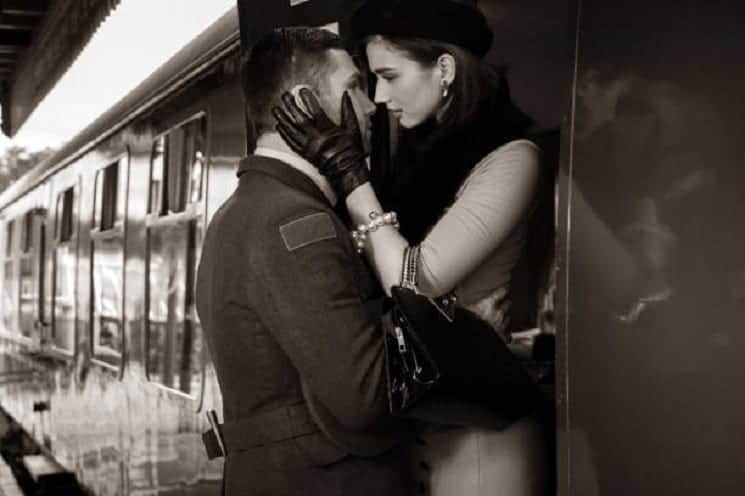 Our 1940s trivia will test your knowledge of WW2.

Once again, the world was engaged in war. We collected ration tokens, washed out and saved our tin cans, and way too many windows framed Gold Star flags.

See how much you can recall.

1. In 1943 the world’s largest office building was completed. It is known as:


A. The Capitol Building

2. This world famous monument was left incomplete in 1941 when Gutzon Borglum died.

A. Harry Truman, President of the United States.

B. Joseph Stalin, Chairman of the U.S.S.R.

A. World Association of Commerce

6. Automobiles driving on the Pacific Coast Highway during WWII were not allowed to:

C. Drive with their headlights on after dark

7. Name the United States President who made the decision to drop the Atomic Bombs on Hiroshima and Nagasaki. In what year?

8. The Grapes of Wrath, a movie by John Steinbeck was released in 1940. What was the subject of the film? Can you name some of the cast?

B. The injustice suffered by the “have not” population who lived during the Great Depression. Henry Fonda, Jane Darwell, John Carridine

C. A study of the feelings of those who were fighting on the front lines of WWII. Randolph Scott, Cary Grant

9. Name the glamorous movie star who traveled with the U.S.O. during WW II, thrilling the enlisted men by dancing with them.

10. When and where did the battle forever known as D-Day occur?

11. What military action was known as The Blitz? In what country did it take place?

A. Benito Mussolini’s decision to declare war on France. It happened in Italy

C. The nightly bombing of London and other British cities, by the German Luftwaffe

12. Can you name the three nations who were known as the Major Axis Powers?

The world’s largest office building is The Pentagon, in Washington DC.

“I am prepared to meet my Maker. Whether my Maker is prepared for the great ordeal of meeting me is another matter.” Sir Winston Churchill, on the eve of his 75th birthday.

Over 150,000 American women served in the Women’s Army Corps (WAC) during World War II. Members of the WAC were the first women other than nurses to serve within the ranks of the United States Military.

A disease caused by a virus, polio enters the body through the mouth, and is listed as one of the most contagious diseases known. Jonas Salk, M.D. (1914-1995), developed a vaccine for polio in 1952.

6. C. Drive with their headlights on after dark.

During the Second World War, cars driving down Pacific Coast Highway were not allowed to turn on their headlights at night. They were only permitted to have a slit of light shine through. The theory was to make the American Coast hard to distinguish for the Japanese, hampering their efforts to bomb us. The highway became to be known by the servicemen traveling to and from LA and San Diego as “Blood Alley,” because of the frequency of head-on collisions.

The world situation demanded that President Truman make some of the most crucial decisions in history. Soon after VE-Day, the war against Japan had reached its final stage. An urgent plea to Japan to surrender was rejected. Truman, after consultations with his advisers, ordered atomic bombs dropped on Hiroshima and Nagasaki on August 6 and 9, 1945. The Japanese surrendered shortly thereafter.

8. B. The Great Depression

A portrait of the bitter conflict between the powerful and the powerless, of one man’s fierce reaction to injustice, and of a woman’s quiet, stoical strength. This book and movie, wonderfully written by John Steinbeck, captures the horrors of the Great Depression as it probes into the very nature of equality and injustice in America. It starred Henry Fonda, Jane Darwell, and John Carradine.

Traveling throughout North Africa and Italy, Marlene risk her life by staying at the front lines of the war. Several times, she even rode in General George S. Patton’s jeep as he led American troops. For her service in World War II, the U.S. War Department awarded Dietrich the Medal of Freedom in 1947, America’s highest civilian honor. She was also decorated by the French and Israeli governments. Marlene Dietrich died in Paris in 1992 at the age of 90.

A date known ever since as D-Day, a mighty armada crossed a narrow strip of sea from England to Normandy, France, and cracked the Nazi grip on Western Europe.

11. C. The nightly bombing of London and other British cities

Hitler believed that by targeting civilians he could force the British to surrender. On 7th September, 1940, the Third Reich began a daily bombing campaign. London was the main target but other major cities were also bombed. Casualties were high. On the first day of bombing 430 people were killed and 1,600 badly injured. Within a few weeks the daily bombing raids had become nightly raids. Hitler decided to make the bombing raids at night to increase the ‘fear factor’ and also to make people weaker by not allowing them to sleep properly. People in London slept in underground stations for protection.

4-8 correct: Just so-so. Well. At least you still remember some of this stuff.

0 -4 correct: See The Grapes of Wrath. Talk to an old British friend. Either you’re way too young to be playing WWII Trivia, or your brain is full of other memories.