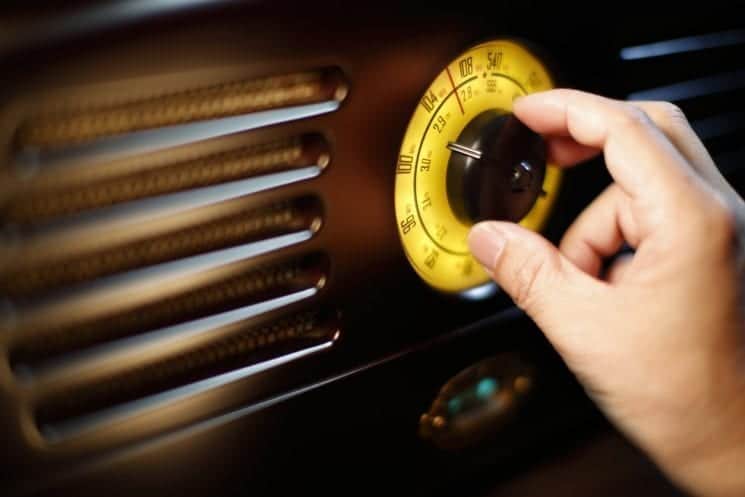 First of a Series on Radio Trivia Quiz questions…

Enjoy our collection of senior radio trivia quiz questions. We hope this brings back some memories and makes you smile. Read our First Grade and the Philco Radio story for more radio nostalgia. Check our 2nd series: Radio Trivia Quiz: Horses and Horror on the Radio.

They Made Us Laugh

1. The Amos and Andy Show

Amos played by Freeman Gosden and Andy, played by Charles J. Correll, both Caucasian, had begun using a deep black dialect on an earlier show called Sam and Henry in 1925.

The shows skits revolved around the conniving “Kingfish” (Gosden) of the Mystic Knights of the Sea Lodge with Andy the perfect fool, more than a little dense, as the usual victim.

Do you remember the names of several other characters (all played by Gosden and Correll) on this side-splitting show?

A. Lightnin‘ the slow-moving janitor of the Lodge, the elderly and very stodgy Henry Van Porter, a Lodge member.

B. Velma Costly, the no-better-than-she-ought-to-be on and off girlfriend of Amos, Hirim Gladstone, the never suspecting brunt of every joke.

C. Harry Wilkenson, the ever-generous supplier of bail bond money, and Chick Roman, the steely-eyed cop who caught Amos in some illegal act nearly every show.

Debuted 1932, spanned 23 years, growing and developing as it progressed.

Never admit to being a minute over 39, Jack Benny billed himself as stingy and vain, making special note of his talent for playing the violin.

With his sense of timing being his greatest gift, Benny used a lot of writers for his never to be forgotten gimmicks which seemed to be funnier every time they were used.

Can you name two other characters that appeared with Benny?

A. Don Rebell and Joshua Hinks

B. Mary Livingston and Rochester

Debuted in 1935. Jim and Marion Jordan, childhood sweethearts, became Fibber McGee and Molly in 1935 and in 1940, they moved to their new radio address, number 79 Wistful Vista.

Fibber was a hard-headed lovable blunderer, and Molly was patient, long-suffering, faithful and strong, saying “T’ain’t funny, McGee” whenever his silly scams bombed.

Do you remember what places are still referred to as “McGee’s” today?

A. That crowded closet that would open to sounds effects of all kinds of things crashing to the floor.

B. The sound of a Model-T Ford being started. Over and over.

C. The sound of an old wooden storm door slamming following Molly’s call: “Hey there, McGee, lay down those wrenches and come to dinner.”

Debuted in 1932. Another pioneering radio act, George Burns and Gracie Allen never failed to delight listeners with their comic timing and gentle ribbing of each other. Early on, Gracie played the straight man, with George getting the laughs, but it was apparent that Gracie was the funniest and their roles reversed.

After Gracie’s death, George Burns won an Academy Award for his performance in The Sunshine Boys, but always said that “Burns without Allen was like a car without gas.”

How did George Burns end every show?

And They Gave Us Goosebumps

Debuted in 1945. Opening each show with the sound of hollow footsteps and the forlorn whistle of a haunting tune, this show used a number of formats and stars.

Probably the best remembered was Vincent Price, whose sarcastic barbs, patronage of the arts and dinners at fine restaurants, created a truly loveable Saint, “Robin Hood of modern crime.”

Do you remember the Saint‘s name?

A. John the Baptist

Produced in London and picked up for distribution in the states in 1952, the show starred British actor Marius Goring as the London dandy who turned into the Scarlet Pimpernel in moments of crisis.

Saving victims of the guillotine in the years of the French Revolution during the reign of Louis XVI, The Scarlet Pimpernel never failed to come through.

Can you name the Pimpernel’s alter ego?

7. THE MERCURY THEATRE ON THE AIR

Debuted in 1938. Most of us froze when we heard the dire warning that something terrible was about to take place on Mars. We listening, hardly daring to breathe, as the tale, written by H.G. Wells unfolded.

Why was this broadcast so memorable?

A. Orson Wells, the show’s star, then 22, did such a great acting job, he scared the bejeebers out of everyone, making them believe they had turned into a news broadcast and the invasion was indeed, real.

B. People began talking about building a spaceship so we humanoids could get to Mars and invade it too.

C. People all over the world flocked to New Jersey to see the alien beings close up.

Debuted in 1932. Gossip, gossip, gossip. This slang-slinging grammar school dropout lets us in on all the “secrets” from unnamed sources, among them bank presidents and Hollywood press agents.

In his first year of broadcast, this former newspaper journalist branded the Nazis “Ratzies” and was also known for his passionate support of President Franklin Delano Roosevelt. In 1947 his new target became Communism.

How did Winchell open each show?

A. “Good evening ladies and gentlemen, let’s get right to it. FLASH.”

B. “Good evening Mr. and Mrs. North and South America, and all the ships at sea, let’s go to press. FLASH!”

They Even Fed Our Dreams

Debuted in 1934. Leading to national fad, Major Edward Bowes made us believe that anyone with “bus fare and a harmonica” could grab the big brass ring of fame and fortune. Newsweek estimated that in one month, 1,200 hopefuls applied for emergency food and shelter, in order to establish residency in New York, a requirement for appearing on the show.

Acts included harpists, chime ringers, jug and washboard players and singers of every range, many undecipherable.

How were the winners chosen?

A. People voted for their favorites by writing to the radio station, in care of Major Bowes.

B. The show had a studio audience, and the winner was the act getting the most applause.

C. By then, most of the radio audience had telephones in their homes, and they called in to vote for their favorite act.

Debuted in 1945. Supported by a variety of talented performers. Godfrey’s “everyman, personal” style was his greatest gift, making him seem a true friend and confidant on the radio. In his nasally distinctive voice, Godfrey would set up a scene in which we would sit down to a warm one-on-one chat, instead of being blasted by the hard-sell tactics that many advertisers used.

Many of his “Little Godfrey” group went on to careers that proved to be quite successful.

Can you name one of them?

2. THE JACK BENNY PROGRAM answer: B

3. FIBBER McGEE AND MOLLY answer: A

6. THE SCARLET PIMPERNEL answer: A

7. THE MERCURY THEATRE ON THE AIR answer: A

SO… HOW “RADIO TRIVIA QUIZ” SMART ARE YOU REALLY?

2 to 5 correct: Oops, you must have been doing your homework.

0 correct: Whatsamatter? Did mommy send you to bed without your radio?