Radio Trivia Quiz: Horses and Horror on the Radio 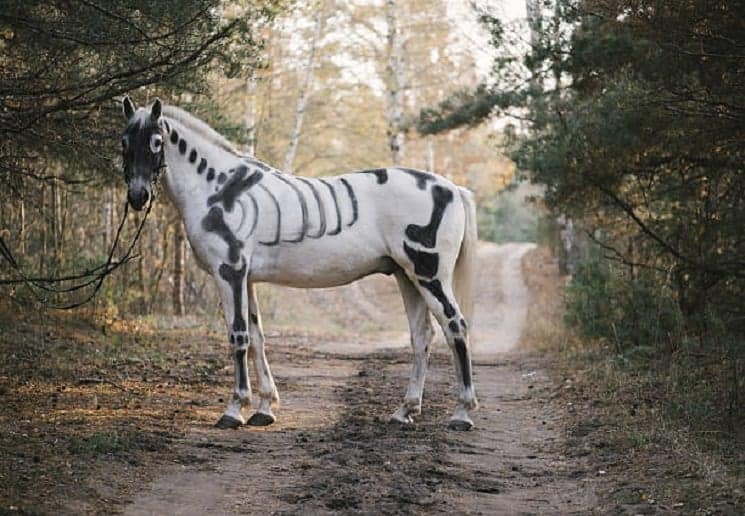 #2 in a Series on Old-Time Radio Trivia

Take a walk down Memory Lane and take our radio trivia.

The show was based on a series of novels entitled “SHADOW“ by Walter Gibson. Contrary to the title, the show had nothing to do with an invisible man.

Can you remember the bone-chilling quote at the beginning of this radio show which seemingly held the fate of the world in its embrace for 30 minutes every Sunday afternoon?

A. “Never forget, the shadow is following you.”

B. “Who knows what evil lurks in the hearts of men“ The Shadow knows!”

C. “Have you seen your shadow?”

The first program portrayed the death of the Lady In Red’s friend, John Dillenger, at the Biograph Theatre in Chicago.

How was this thriller billed?

A. ‘We exist only to bust up the gangs who work to destroy
the American Way of Life.“

B. “Wiping out gangland warfare to save the world.“

C. “The only national program that brings you authentic police case histories.“

Dollar was played as a freelance insurance investigator with a keen mind, and a nose for murder. He was known for his shameless padding

of expense accounts. As the narrator of the show Dollar would begin each show with “Expense account: Item one“ and we were off and running.

How did Dollar sign these mostly fictitious accounts, when presenting them to his companies boss?

The Lone Wolf was the pet name for Michael Lanyard, just another radio gumshoe. He was usually found sipping highballs at the Silver Seashell Bar and Grill.

This show had a very noticeable resemblance to another detective series. Can you name the series?

C. As the Falcon Flies.

Fear was generated by organ music, rumbling and deep, sounding as if he organ was being played underwater.

What was the sound effect used to open the show?

A. The screech of a Raven saying “Nevermore.“

B. The sound of fingernails running down a blackboard. This sound raised the hair on the back of necks all over the US.

C. The sound of a door to the basement being opened, to insane laughter. The groaning and creaking of that door created shivers up and down listeners spines.

The show was based on Chester Gould’s comic strip detective and opened with a burst of radio code, and Tracy’s summary of the crime scene, all relayed on Tracy’s wrist radio.

Can you name some of the character sidekicks of Tracy’s?

A. Tess Trueheart, Vitamin Flintheart, and probably the most memorable, the crew cut wearing Flat Top.

With stories rooted in fact, this series became one of the most respected dramas of early radio. Written by Ruth Corwall Woodman, it was rich with strange characters, the foremost being the Old Ranger who fought the never-ending crimes of bushwhackers and cattle rustlers.

Do you remember what sound effect opened the show?

A. The call of an Army-issue bugle.

B.“Giddyap! Let’s go catch us some bad guys,“ by an unnamed announcer.

Aurty liked to tell his listeners that the show was being beamed directly from his home, Melody Ranch, in the San Fernando Mountains. A “Cowboy Classic“musical number and several simple jokes helped round out every broadcast.

Do you remember the name of Autry’s sidekick?

B. The forever jovial Pat Butram.

Do you remember McCrea’s Ranger name?

Fists flew as Wild Bill Hickok warded off bad men with his knockout punches and his trusty sidekick, Jingles, butted them with his fat gut. Bad men flew through the air and peace reigned once more. At least until the next broadcast.

Who played the title role of Wild Bill Hickok and who played Jingles?

B. Fess Parker was Bill and Andy Walther played Jingles

9. TALES OF THE TEXAS RANGERS answer: B

SCORE HOW RADIO SMART YOU REALLY ARE…

2 to 5 correct: Opps, you must have been doing your homework.

0 correct: Whatsamatter“ Mommy send you to bed without your radio“