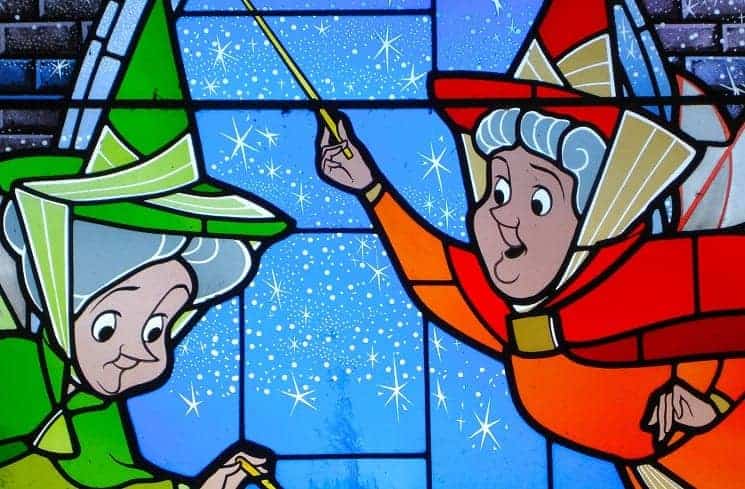 Do you fancy yourself a Disney movie trivia questions buff? Take our quiz and find out how much you really know about your favorite Disney characters.

Close your eyes and let us take you back to the castle where Cinderella met her prince, to the tower room in which Aurora slept, and the classic ballroom scene in Beauty and the Beast and answer a few questions for us.

Are you ready to test yourself with these classic Disney trivia questions? Answer each question and check the answers at the end. You may find yourself completely caught off guard with some of the answers.

Check out our Disney movie trivia for kids and seniors with clickable images. You can simply click on the images to answer. Some of these Disney trivia questions have multiple correct answers, so be sure to click them all.

We are always updating our Disney movie quiz, so make sure to check back often!

Which Disney characters were in the movie Frozen?


Which Disney characters were in the movie Lion King?


Who betrayed Mufasa in the Lion King?


Which character is Disney’s official mascot?


Who was Gepetto’s pet in Pinnochio?


Which Disney characters were in the Toy Story movies?


Who were the two main Disney movie characters in Lilo & Stitch?


Which Disney characters are in the Little Mermaid movie?

We’ve created this challenging Disney multiple choice quiz for you to enjoy. To prove your mastery of hard Disney trivia questions and answers, take the following 35 question quiz. There is an answer sheet and score scale at the end so you can grade yourself. Let’s dive in!

1. Before Mickey Mouse, Walt Disney Made a Different Character.

B. Oswald the Lucky Rabbit

C. Mickey was his first creation

2. How Many Lines Did Aurora Have in “Sleeping Beauty”?

3. How Many Daughters Does King Triton Have?

4. Which one of Captain’s Hooks hands is a hook?

C. He doesn’t actually have a hook at all.

5. Who Was Walt Disney’s Favorite Character?

7. A Character from “Aladdin” Also Makes a Cameo in “The Hunchback of Notre-Dame”.

8. What Time Did the Ball Start in “Cinderella”?

9. What Was Disney’s First Animated Film?

10. What Are the Names of Cinderella’s Evil Stepsisters?

A. Florence and Marge

B. Anastasia and Drizella

11. What Did Aladdin Steal in the Marketplace at the Beginning of “Aladdin”?

12. Which One of These isn’t the Name of One of the Seven Dwarves?

What Name Did She Go With?

14. In “Robin Hood” What Animal was Little John?

15. What Poem Does the Cheshire Cat sing in “Alice and Wonderland”?

B. “A Dream Within a Dream”

16. How Many Puppies Does Perdita Give Birth to in “101 Dalmations”?

17. How Was Pegasus Created in “Hercules”?

A. He was formed out of clouds

B. Created by Hades

C. He was formed from a storm

20. Which Disney Movie Was Shown in Limited Theaters Due to Complicated Audio?

C. Beauty and the Beast

21. What Was the Name of Maleficent’s Pet Raven?

22. Who Was the First Actor to be Nominated for a Golden Globe by Voicing a Character in a Disney Movie?

23. Who is the Sidekick in “Pocahontas”?

26. What Does the Crocodile Swallow in “Peter Pan”?

27. What is the name of Donald Duck’s Sister?

28. Which was the First Disney Movie to get an Oscar Nomination for Best Picture?

B. Beauty and the Beast

29. What Was the Wizards Name in the “Sword and the Stone”?

31. In “Sword and the Stone” What is the Greatest Force on Earth?

32. When Will Mary Poppins Leave the Bank’s House?

B. When the Wind Changes

C. When her work is done

33. What Animal Does Jafar Change Himself Into When He’s Fighting Aladdin?

34. How Many Eggs Does Gaston Eat for Breakfast?

35. What Disney Character was Originally Going to Be the Sorcerer’s Apprentice in “Fantasia”?

Alright, it’s time to see how you did!  Compare the answers that you came up with to ours.

1.) Believe it or not, Mickey Mouse was not Walt Disney’s first creation. It was Oswald the Lucky Rabbit. Mickey didn’t make his first appearance until much, much later.

2.) Aurora is credited for being the Disney princess with the least amount of lines. She only had 18 throughout the entire movie because she spent most of it asleep.

3.) King Triton had 7 daughters in all, counting the rambunctious Ariel that we all know and love.

4.) Captain Hook was called that for a reason. He did indeed have one and it was located on his left hand.

5.) Despite how iconic Mickey Mouse is, he was not Walt’s favorite character. Turns out Walt was more of a cat person because his favorite was actually Geppetto’s pet cat Figaro from “Pinocchio”.

6.) The Darling’s pet dog was named Nana and she lived up to her name. She acted as a babysitter of sorts to those kids. Good doggo.

7.) Disney has the habit of throwing in little easter eggs throughout their movies. In “Hunchback of Notre-Dame” you can see carpet from “Aladdin and Belle all within the same frame.

8.) If you look at the clocktower when the ball starts in Cinderella, you’ll notice that it’s 8 o’clock. Sort of impressive that she made the prince fall in so in love with her in only four hours.

10.) The name of Cinderella’s evil stepsisters was Anastasia and Drizella. Pretty names for girls who were so evil and nasty.

11.) You would think that Aladdin would steal money so he could buy food but instead, he decides to go straight for the food. He steals a loaf of bread and later gives it to hungry children. What a nice guy.

12.) You could argue that Sleepy was indeed lazy but that’s a discussion for another time. Lazy wasn’t the name of one of seven dwarves. The names of all of them were Sleepy, Doc, Dopey, Grumpy, Sneezy, Bashful, and Happy.

13.) While Carol and Olivia are perfectly nice names, Ursula didn’t use them for her fake name. She used Vanessa.

14.) Little John has been Robin Hood’s faithful sidekick in every retelling of the classic tale. In the Disney version, he took the form of a bear.

15.) The Cheshire Cat sang the poem “The Jabberwocky” by Lewis Carroll. Lewis was also the author of the books that this classic Disney movie was based on.

17.) Pegasus was Hercules’s faithful winged horse that Zeus made for his newborn son out of clouds. They were separated the night that they met when Herc is kidnapped and they are later reunited when Herc is a teenager. He remains his best friend through the rest of the film.

18.) Things may have gone better if Big Mama was Copper’s owner. After all, she did such a good job being a mother owl to Todd.

Alas, Copper’s owner was the hunter Amos Slade. Even the name sounds menacing!

19.) Nala and Simba were reprimanded throughout their childhood by both Mufasa and Simba’s mother Sarabi. Things may have been a little interesting if he was raised by Shinzi and the other hyenas but we think Sarabi makes the better mom.

20.) Fantasia is a stunning movie from the visuals to the music. The music made the audio a little too complex for theaters at the time though. Only 14 theaters could show it because they were the only ones equipped with a sound system that could handle it.

22.) Nobody could ever do the voice of Genie quite like Robin Williams did. His performance in “Aladdin” is iconic. That’s why he was the first actor nominated for a Golden Globe for voicing a Disney character.

23.) The sidekick’s name in Pocahontas was Meeko. You can argue that Percy counts as a sidekick but he started out as the pampered pooch for the bad guy. That would be like saying Iago was the sidekick for “Aladdin” when it’s clearly Abu.

24.) Belle and Cinderella both married into royalty at the end of their movies. Mulan never did unless Shang is secretly a prince (that would be a plot twist). Even so, she has risen to the ranks of Disney princess despite not marrying a prince.

25.) Four mice were turned into a horse to pull the carriage that Cinderella took the ball. Only two horses pulled the wedding carriage at the end though.

26.) Technically, all three answers are right. The Crocodile does take Captain’s Hook’s hand before the movie started. That’s why he’s so scared of him. The answer we were going for was a clock though.

27.) Did you know that Donald Duck had a twin sister? Her name was Della duck and she looks exactly like Donald with blonde hair. Weird to think about huh?

28.) Disney put out quite a few movies before “Beauty and the Beast”. Despite that, it was the first Disney movie to receive an Oscar Nomination for best picture.

29.) Dumbledore is a good wizard, but not so good that he can cross dimensions into Disney. Yen Sid was Mickey’s teacher in “Fantasia” so the answer to this one is the iconic Merlin.

30.) The name of the tiger in “The Jungle Book” was Shere Khan. The snake’s name was Kaa and Baloo was the lovable bear.

31.) A lot of magic was used in “Sword and the Stone” but it wasn’t the greatest force in the world. The answer we’re looking for here is love.

32.) Mary Poppins could probably leave the Bank’s house whenever she wanted. we wouldn’t fight with her on that. However, she was dead set on leaving when the wind changes.

33.) Even though Iago was Jafar’s assistant we don’t think he respected him enough to turn into his likeness for the final fight. No, Jafar chose a cobra instead.

34.) Gaston eats 5 dozen eggs every morning in order to get strong.

35.) Mickey was the sorcerer’s apprentice in the movie Fantasia but he wasn’t the first pick. Originally they were going to go with Dopey but this idea was scrapped.

20-35 Correct: We told you to bring your knowledge to the table and you brought it. You have seen every Disney movie that there is to see and then some. Congratulations, you win at Disney movie trivia.

19-11 Correct: You know your stuff but you may have skipped a Disney movie or two somewhere. You may want to try and figure out where you’re missing information from and go back and study.

10-0 Correct: Pop some popcorn and revisit your childhood with a Disney movie marathon. Then you can come back and try your hand at it again!

Disney Movie Trivia: How Did You Do?

Did you ace our Disney movie trivia quiz? If you didn’t, don’t worry! The only thing that matters is that you had fun. Remember we are always updating our Disney quiz so you can come back and take it again whenever you want. We hope you had fun with our little Disney trivia test.

Looking for more quizzes? Check out our Beatlemania quiz or test your intelligence with our Family Feud questions.