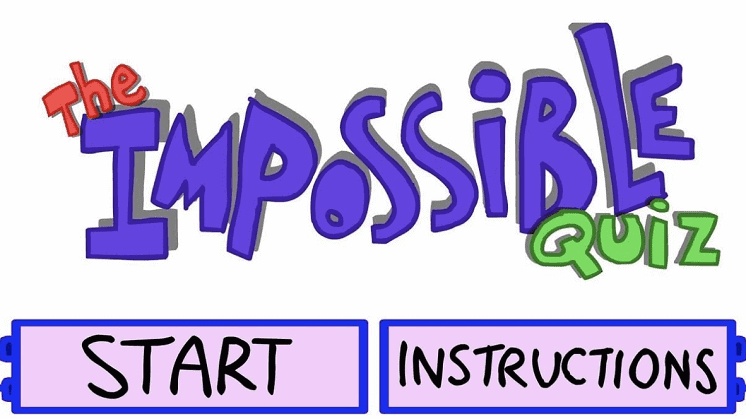 Do you think you’re pretty sharp for your age? If so, you might want to try your luck at the impossible quiz for seniors! Can you see through a trick, a trap, and a bamboozle?

The riddles for seniors below will try to trick you, so keep both eyes open! At the end of the elderly quiz, see how much of a senior you really are.

A man and his young son are driving down the road when a driver hits the car. The father and son are both badly injured and are rushed to the hospital. The father is in a coma, and the boy has to be rushed in for emergency surgery.

But the surgeon takes one look at him and says, “I can’t operate on this boy – he’s my son.” How is this possible?

Close your eyes and imagine that you’re in a room with no doors and no windows. There’s just a lamp in the corner and a small hole about two inches across in the floor. But as you watch, water begins to flow out of the hole and fill up the room.

The room will be completely filled up with water in a few minutes, and you have to get out. How do you get out of the room?

You are closed in a dark room, and when you feel around in your pockets, you discover you have a matchbook with only one match in it. By feeling around the room, you discover there is a pile of papers, a kerosene lamp, and a fireplace with some logs in it. Which should you light first to make sure you’ll be able to see?

Walking in the Rain

A man goes for a walk one afternoon, but he gets caught in a rainstorm. Not expecting the bad weather, he left his umbrella, his raincoat, and even his hat at home. But despite the downpour, not one hair on his head gets wet.

How is this possible?

Two mothers and two daughters go out for lunch one day. They visit a wonderful pizzeria that they enjoy, and they decide to share a pizza that comes with eight slices. Each of them eats a piece of pizza, and at the end of the meal, there are five slices of pizza left.

How can they all have eaten pizza and only three slices have been consumed?

Tracey has married lots of men in her lifetime, and yet she claims never to have been married. How is this possible?

Finally, let’s round out with some quick trivia questions from the golden years.

Although the boy’s father was in a coma in another part of the hospital, the surgeon who couldn’t operate on her son was a woman – the boy’s mother.

The answer to escaping the water-filled room doesn’t lie in the small hole or the outlet the lamp is plugged into. The best way to escape that room is to open your eyes and stop imagining.

Remember, we said that Beth’s mother has three daughters. Her third daughter’s name is Beth.

You don’t have to think through whether it would be more prudent to light the lamp, the papers, or the fireplace first. The first thing you’re going to light in that dark room is a match.

Walking in the Rain

The man who goes walking in the rain is definitely getting soaked. But not one hair on his head is getting wet because the man is bald.

Tracey isn’t lying when she says she’s never been married. She’s a minister, and the men she’s married have been grooms whose weddings she was officiating in.

How Did You Do on the Impossible Quiz for Seniors?

So how did you do on our impossible quiz for seniors?

If you’d like to find more fun content like this, check out the rest of our site at Suddenly Senior. We’re America’s most trusted senior citizen website, and we have tons more senior trivia quizzes like this. Check out this week’s jokes and discover that laughter really is the best medicine!

Remember When Trivia for Seniors (How Much You Can Remember?)