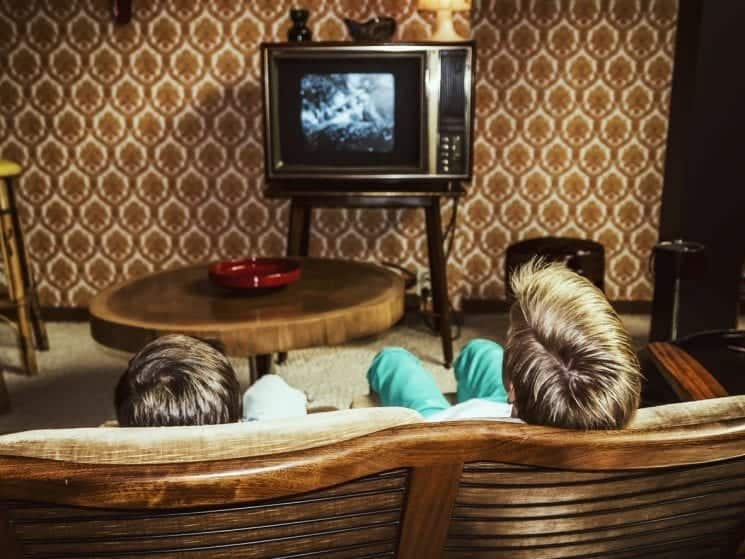 Hey baby boomers, are you ready for another older than dirt trivia? Today we are going back to the 1950s. Get ready to put your brain to the test and see how much you remember from your childhood. Take our fun 1950s trivia for seniors quiz and find out if your memory is still as good as it used to be. 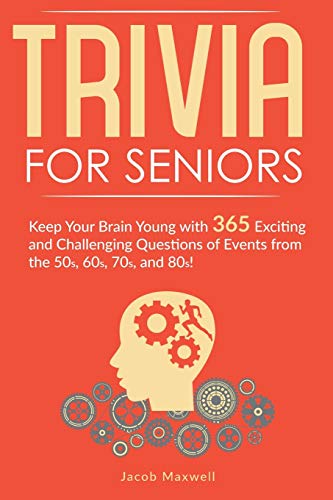 Trivia for Seniors: Keep Your Brain Young with 365 Exciting and Challenging Questions of Events from...
$9.99
Read Reviews on Amazon
Bestseller No. 2 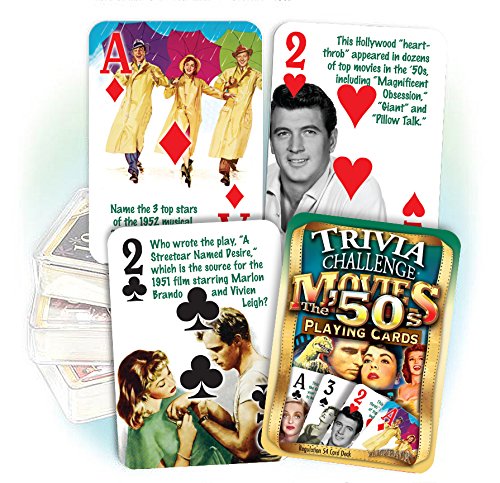 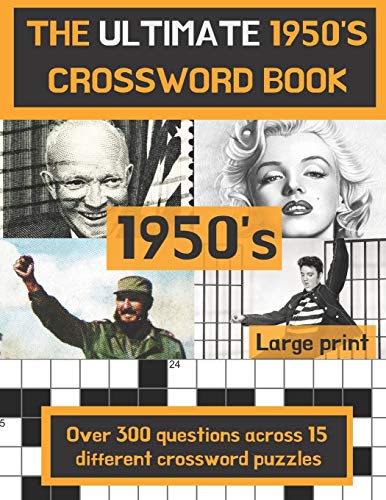 The ultimate 1950's crossword book: Perfect gift for anyone who is nostalgic about the 50's
$8.99
Read Reviews on Amazon

Welcome Back to the 1950s Trivia Quiz

2. Who said, “Old soldiers never die, they just fade away.”

3. Catcher in the Rye’s portrayal of Holden Caufield’s 16-year-old-life was a huge success. Who wrote the book?

4. Which longest-running daytime drama moved from radio to TV in 1952?

A. Days of Our Lives
B. General Hospital
C. Guiding Light

5. In 1952 Richard Nixon made a speech known as the “Checkers“ speech in answer to allegations against him. Who or what was the subject of this speech?


A. Cocker Spaniel Dog
B. The game of politics
C. A favorite pastime

6. What accomplishment in 1953 made Edmund Hilary and Tenzing Norgay famous?


7. What did Francis Watson and James Crick become famous for discovering?

A. The polio vaccine
B. The transistor
C. The “double helix” of DNA

8. In 1954, the law known as Brown v. Board of Education was passed. What did the law prohibit?

9. What was the name of the new company formed when Nash-Kelvinator and Hudson Motor Car Co. merged?

12. What motto did Congress authorize all US currency and coins to say in 1953?

A. In God We Trust
B. United States of America
C. Liberty

13. Rosa Parks’ refusal to give up her seat on a bus led to a Supreme Court decision outlawing bus segregation. Where did this happen?

14. Which of these is NOT true about Ann Landers?

A. Her real name was “Eppie” Lederer
B. She began her column at the Los Angeles Times
C. Her twin sister wrote “Dear Abby“

Welcome Back to the 1950s Trivia Answers

The entire robbery only took 17 minutes from beginning to end.

In his farewell speech to Congress in 1951.

Herman Wouk wrote the Caine Mutiny and Faulkner will win the Noble Prize for his many works.

“The Guiding Light“ was one of the most popular soaps ever produced.

This was in response to the accusation that Nixon had a secret fund. He said all he had accepted was the gift of the dog.

Fighting great odds, this pair became the first to reach the top of the World’s Tallest Mountain.

The discovery changed the world forever. Jonas Salk gets the credit for the polio vaccine. Researchers at Bell Labs came up with the transistor.

A new series of automotive products emerged from this company and proved to be very popular with the automobile buying public.

She made herself an expert on boxing exclusively for this show.

This motto caused much discussion about the separation of Church and State.

This city was a hotbed of the Civil Rights Movement.

14. B. She began her column at The Los Angeles Times

Esther “Eppie” Lederer first took the job in 1955 at the Chicago Sun-Times, replacing the previous writer on an advice column, “Ask Ann Landers. Ann Landers became one of the most popular “Advice to the lovelorn“ columnist in history.

Welcome Back to the 1950s Trivia Scoring

5 to 9 correct: OOPS!
You must have been doing your homework.

0 to 4 correct: WHATSAMATTERU?
Spend most of your youth standing in the corner?

We hope our 50’s trivia brought back a lot of good memories of simpler, happier times. If you thought this fun senior trivia was a piece of cake, why not go back a decade and take our 1940s trivia?