Only Painted Hussy at a Tent Revival Meeting 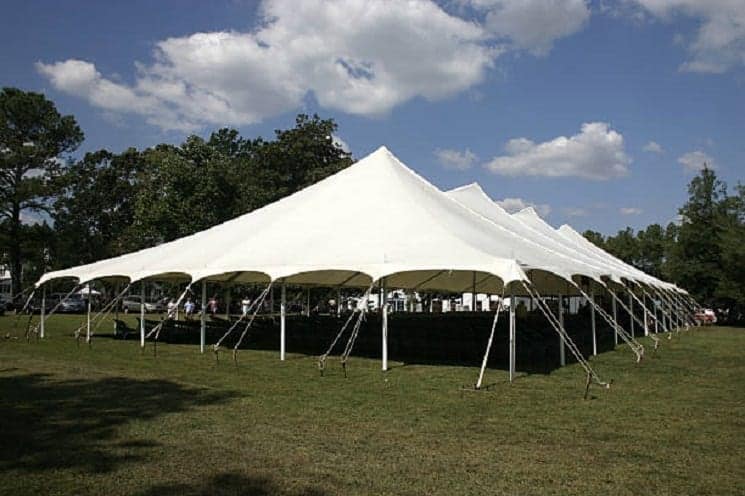 Every summer I drove past those big revival tent meetings. I thought about how interesting it’d be to check out the celestial activities advertised on roadside signs:

The Lord’s Prayer: A Conversation with God

This year, a tent revival meeting appeared so close to home I couldn’t ignore it. 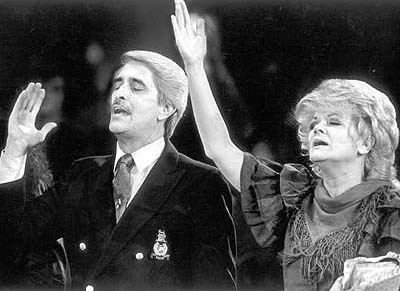 Maybe I’d get a story for my newspaper column or Burt Lancaster’s movie. Maybe the Southern prayer tent revival meeting Alice Walker wrote about in “The Color Purple,” where a redeemed and jubilant Shug Avery rocks on down the church aisle, singing gospel, and at last, falls into the arms of her unforgiving Preacher Father.

That was what I expected. It was not what I found.

Dressed in jeans and a New York Yankees T-shirt, I drove into the tent’s dirt parking lot, scattering dust and ducks. I patted my hip pocket to be sure I had enough of the cash they’d surely solicit. Finally, I psyched myself up as protection against their inevitable attempt to gentrify me.

The Power of Prayer in Medicine

I expected to see wild-eyed fanatics inside the tent revival meeting. I was certain they’d try to dunk me backward into a tub of water to save yet another city slickin’ sinner. However, I would outsmart them all by being unreceptive and circumspect.

I don’t know why people even bother having expectations since they’re so rarely met. Instead of a religious fanatic, a woman named Lena greeted me at the tent’s entrance. She had no horns, no tail, and no pitchfork. Her eyes were not wild. They were calm pools of blue, which crinkled with kindness as she smiled.

She was wearing a floor-length dress and a beatific glow, the kind you see only on deeply happy people. A plain white headdress covered much of her short brown hair. Lena was sincerely friendly and had a splendid handshake, not the limp-fish kind, but the rare kind that actually connects you with another human being.  I liked her right away.

Suddenly aware of blood-red toenails peeping from my sandals, I found myself rubbing one set of toes on the back of the other leg like you do with shoes when you need a quick shine. No one else had any makeup on. It’s embarrassing to be the only painted hussy at a tent revival meeting.

Lena explained that the menfolk sat to the left of the aisle and the womenfolk to the right. She added, “No one will mind if you sit anywhere you want, we’re just really glad you’re here.”  I haven’t felt that kind of warmth since the last hug my mother ever gave me.

Having given the go-by to a large coffee urn inside the main entrance, I sat on the women’s side. Soon several people approached and introduced themselves.

One bearded young man, grinning from ear to ear, joked that he was a Mennonite because he couldn’t spell Presbyterian. Devoid of information about Mennonites except that there was some connection to the Amish, I still half expected Burt Lancaster to careen down the aisle and slide up to the podium, shouting, “I’m makin’ a touchdown for Jesus!!” But he never showed up.

Another bearded young man introduced himself as Pastor Isaac Martin, Lena’s husband. He ascended the makeshift podium and gave the hymn number to sing first, adding that folks should then just shout out whatever hymn they wanted to sing next. He mouthed a round pitch pipe just like grammar school teachers use and made a smooth mmmmmm.

It was easy to follow along since hymnals had been placed on every other folding chair.

We sang on and despite a valiant effort to remain the cynical self who had walked in, I was uplifted quite against my will.

The main speaker was soon introduced. Brother Doug was a clean-shaven, Pennsylvania Dutch farmer-turned-Missionary. He dressed in black trousers and a white shirt buttoned to the neck, no tie.

He compared his lasting marriage to the broken marriages of couples not focused on admirable ideals.

The missionary sprinkled his talk with Dutch words used by his mother when he was a child. He explained that his mother used to say, “Take care of yourself,” and wisely added, “See to it.” I could understand how much more effective would be the first admonition when followed by the second.

Brother Doug talked for two straight hours, with very little of the anticipated hellfire and brimstone, and lots of Praise The Lords. If you were attentive to his sermon, you could easily see how much there was to praise the Lord about.

The advice preached by Brother Doug was simple: Trust in God. Ask to know His Will, and then do it. If you’ve done something wrong (guilt is how you’ll know it), apologize because God will forgive you if you’re sorry. Expect little and give much. Be grateful to God. Learn patience (which he defined as “the things a person’s adoin’ while he’s awaitin’ for somethin’ else to happen”). And the big one: Acceptance.

No one asked for a dime or any donation whatsoever, nor did I see a place to leave one. These good people were not there to get, but to give.

I drove home feeling unusually light of heart, singing the last hymn. It was like a hit Broadway show when you can’t get the songs out of your head for days.

I may never see Brother Doug again, for he returned to his home State of Pennsylvania after the tents were folded. They moved on, but I began to practice what he preached.

A fractious relationship with my daughter became calm and loving when I accepted her as she is and not as I thought she should be. She followed my example and came to accept me in the same way, a small miracle.

One tends to forget that there are people in today’s world who have been good their entire lives, simple people who walk as they talk.

Perhaps, from her gilded, swan-shaped bed in the Beyond, Mae West herself can see the memorable bumper sticker I once saw and of which I was reminded Saturday night: “The Meek Don’t Want It.”