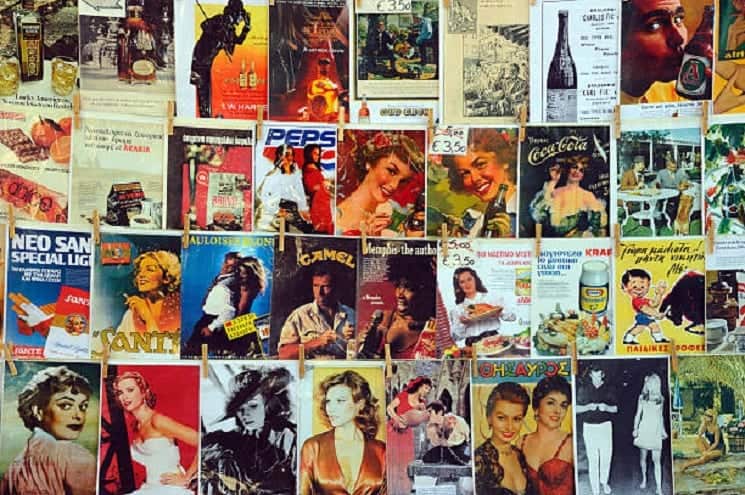 That’s what the magazine ads say. You’ve probably seen them.

Buy a couple of videotapes and? Whoa! Suddenly you’re in the backseat of your ’55 Chevy with Jean Walsh at the drive-in theater, popcorn is scattered everywhere, and the windows are steamed.

Doris* and Rock would be pillow talking on screen, or maybe it was Jimmy and June. Didn’t matter. Who cared about the movie? Out there in the movie, sex was coyly suggestive at best.

In the ’50s, the word “pillow” could bring blushes, on-screen married couples slept in twin beds, and the Catholic Church banned the word “virgin” from all screendom. (Don’t ask.)

Weren’t those the days? To hear some folks talk today, the 1950s were as close to Utopia as this great nation ever reached. Talk about selective memory!

Want to know about actual sex during that Golden Age? I may be the only guy in America who didn’t get any in the back seat of his car, but I doubt it.

It wasn’t for lack of trying.

First, consider that back seat. Unless you had a Nash, with its pull-down, make-into-a-bed seats, there was little room in the back to do anything but grope and cramp, not unlike pretzels unable to untwine. I never knew anyone who actually owned a Nash, but you can bet your white bucks that no father of the ’50s would let his daughter within 20 feet of that car.

Not that they needed to worry. The ever-present girdle put a stop to thoughts of hanky-panky before they started.

How any girl got herself into one of those bastions of virginity baffled every guy who dated in the ’50s. So tight and sturdy was the elastic, it was impossible to get so much as a dark fantasy beyond that diabolical barrier.

You’d be at the drive-in, rolling around in your musty old back seat, hormones raging. The two of you were wrapped in positions only contortionists attained, wanting to, but too cautious to extend your feet and legs out the window while attempting the impossible: Pulling off a girdle that was cunningly contrived to pull back. Hard. 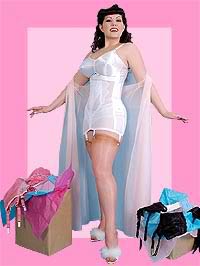 It was absolutely the best birth-control method ever devised – and you didn’t have to whisper embarrassments to a druggist to get one.

Just try getting a girdle off without help.

Take it from the millions of us who still reminisce: No medieval chastity belt was as effective. That was not the girdle’s purpose, of course. (Ha! Ha!) It was to hold up stockings. Like Sears didn’t sell simple, sexy garter belts.

If all that is what those ads mean by having “sex like you did 40 years ago,” I think I’ll pass.

If my wife and I ever do find ourselves getting nostalgic for those good old days, we can always attend an antique auto show, sneak into the back seat of a ’55 Chevy, and renew old memories.

Now, if I can just get her to wear a girdle.

Suddenly Trivia Answer: By 1958, there were C) 4,063 drive-in theaters in the US. (See Suddenly Senior column, “Heavy Groping at the Starlite Drive-in.”)