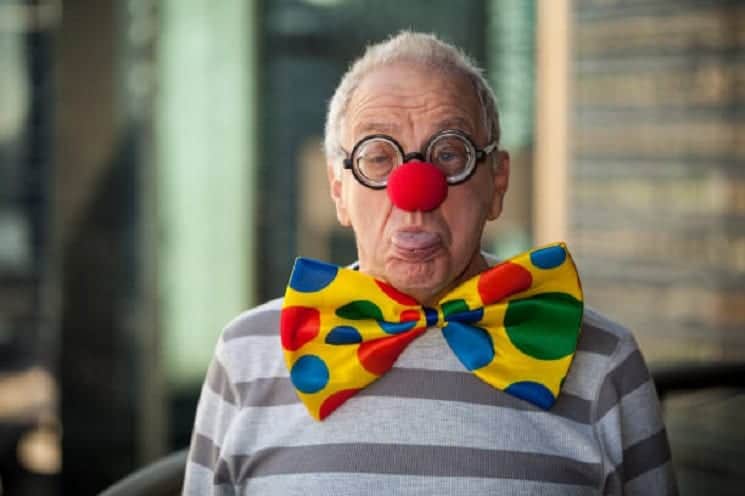 Joke Voted Funniest in the World

LONDON – Drum roll, please. An online search for the world’s funniest joke has produced a winner.

In a yearlong experiment called LaughLab, a British psychology professor asked thousands of people around the world to rate the humor value of a list of jokes; they could also add their own favorites.

In December, Richard Wiseman and his associates announced the front-runner, an old gag involving fictional detective Sherlock Holmes and his sidekick, Dr. Watson. But in the final tally of some 2-million votes for 40,000 jokes, announced Thursday, a new joke about two hunters and a 911 call emerged as a worldwide winner.

25 Signs You Have Grown Old

“Many of the jokes submitted received higher ratings from certain groups of people, but this one had real universal appeal,” said Wiseman, who has published a book based on the experiment.

Wiseman, who teaches at the University of Herefordshire in southern England, said the research revealed that different countries preferred different types of jokes. Respondents were asked to rate jokes on a five-point scale from “not, very funny” to “very funny.”

Germans were the most likely to find all types of jokes funny, while Canadians were the least amused of the 10 top responding nations.

The British, Irish, Australians, and New Zealanders favored jokes involving wordplay, while continental Europeans liked jokes with a surreal bent. Americans and Canadians preferred jokes invoking a strong sense of superiority -either because a character looks stupid or is made to look stupid by someone else.

Wiseman said jokes work “for lots of different reasons. They sometimes make us feel superior to others, reduce the emotional impact of anxiety-provoking situations or surprise us because of some kind of incongruity.”

Looking for the Dalmations

The winning joke about the hunters, he said, “contained all three elements.”

Computer analysis also threw up a number of arcane humor “facts.” Not all animal jokes, for example, are created equal – jokes mentioning ducks were rated as funnier than other jokes.

And length matters. Jokes containing 103 words were thought to be especially funny. The winning joke is 102 words long.

Thousands of people around the world weighed in on the humor value of jokes. The top two:

A couple of New Jersey hunters are out in the woods when one of them falls to the ground. He doesn’t seem to be breathing, his eyes are rolled back in his head.

The other guy whips out his cell phone and calls the emergency services. He gasps to the operator: “My friend is dead! What can I do?”

The operator, in a calm, soothing voice, says: “Just take it easy. I can help. First, let’s make sure he’s dead.”

There is a silence, then a shot is heard. The guy’s voice comes back on the line. He says: “Okay, now what?”

Sherlock Holmes and Dr. Watson goes on a camping trip. After a good dinner and a bottle of wine, they retire for the night, and go to sleep. Some hours later, Holmes wakes up and nudges his faithful friend.

‘Watson, look up at the sky and tell me what you see.”

I see millions and millions of stars, Holmes,” replies Watson.

“And what do you deduce from that?”

Watson ponders for a minute.

“Well, astronomically, it tells me that there are millions of galaxies and potentially billions of planets. Astrologically, I observe that Saturn is in Leo. Horologically, I deduce that the time is approximately a quarter past three.

“Meteorologically, I suspect that we will have a beautiful day tomorrow. Theologically, I can see that God is all powerful and that we are a small and insignificant part of the universe. What does it tell you, Holmes?”

Holmes is silent for a moment. ‘Watson, you idiot!” he says. “Someone has stolen our tent!”