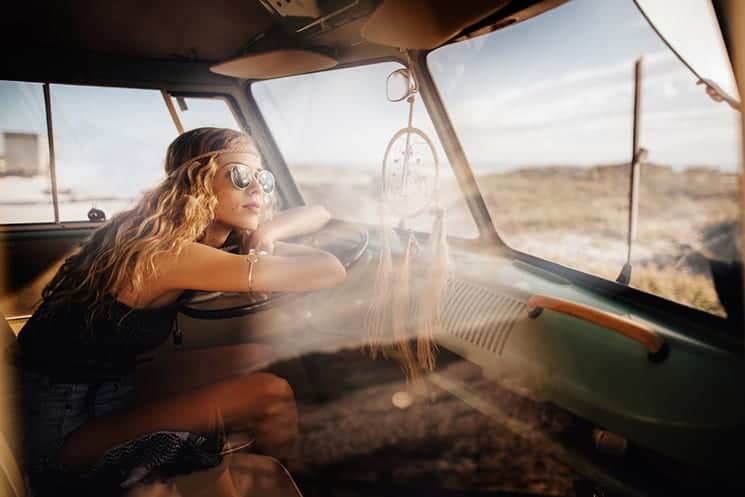 In 1969, three hundred thousand people went to Woodstock. However, by 2017 seven million people remember being at Woodstock. The memories of baby boomers have transformed the sixties into this magical, mythical landscape where everyone was a hippie, everyone was a draft resister, everyone was a veteran, and everyone was at the forefront of sex, drugs, and protest.

In truth, most of us were entirely clueless during the sixties. We ambled through the decade much as we ambled through the fifties before and the seventies after, not realizing much of anything. We confronted big historic moments and didn’t realize that they were big and historic. Instead, we concentrated as always on the trivialities of getting through each day.

Any American around my age can tell you exactly where they were when they heard that JFK was shot. For my parent’s generation, the same was true when they heard about Pearl Harbor. For my children, it was the attack on the World Trade Center. Also most Americans my age woke up in the middle of a summer night in 1969 to see Neil Armstrong walk on the moon. Aside from the JFK assassination and the moonwalk, four things had to touch anyone, no matter how clueless, who came of age during that period: the Vietnam War, drugs, protest, and of course the music.

Music defined the sixties. The music was so pervasive that it is hard to even think of the sixties without a Beatles-Stones-Doors soundtrack. “Light My Fire” was the generation’s marching tune and “Satisfaction” its national anthem. In the early sixties, rock and roll was high school music. When you graduated you moved on to some mature boring crap. The Beatles changed that. Now rock and roll was for our lifetimes. Simple three-chord progressions gave way to better musicianship that still managed to make your heart beat faster and make your feet move. Music changed from something to dance to or make out to, into something to experience. Barry McGuire’s “Eve of Destruction” spoke to all our concerns clueless or not and the Temptations “Ball of Confusion” echoed our own confusion as the world swirled around us.

In 1968, I had mastered the fine art of “hanging out”. This consisted of sitting somewhere, a park, a bar, someone’s front steps and wasting countless hours talking about essentially nothing. This is known commonly as BS-ing.

By 2018, I have evolved into a full professor at a good university. Aside from a few troublesome hours where I actually have to lecture, I sit somewhere; my office, a faculty lounge, a park, a bar, someone’s front steps, and waste countless hours talking about essentially nothing. In academic parlance, this is called BS-ing. Of course, some of my colleagues prefer to call this either office hours or necessary discussions of research.

As we clueless people marched through the decade, the music leading us onward, Woodstock became the apex of the music experience. For most of us, Woodstock meant nothing. It was only after we were told that this was a momentous occasion that we turned to it. However, I know exactly where I was on Woodstock weekend; trapped in a VW beetle returning from a football game in New Haven.

On that Sunday morning, in late August of 1969, I was in my friend Les’s VW with two other friends, Dennis and his younger brother Irwy, on the way to the Yale Bowl in New Haven to see the first-ever Giants-Jets game. Dennis was a Jets fan and a pain in the ass to the rest of us, loyal Giants fans all, who were making the trip to watch the Giants regain the honor of the NFL and beat up on the Jets. We argued and argued football but in the background, ever present was the radio and the music.

“Namath got lucky – you’ll see the Jints defense take him apart – hey turn that up I love that song”, I said.

“You’re crazy the Jets are so much better. Yeah, that song is sweet – you hear the Stones new album?”

As we continued to New Haven we had a beer or two and the conservation wavered between football and music. Dennis continued to goad me about the NFL.

“Hey did you bet on this game? It’s stupid to bet on these exhibition games”

“Nah, I laid off. They had a line on it though – Jets by 10. Hey, Les turns this up, it’s a new Frankie Valli cut. Hey Dennis, notice how despite everything, the Four Seasons just keep rolling along?” I told him.

Dennis, a graduate student in history, began to philosophize and analyze, a habit of his. “They represent the Anti-Beatles. They’re the throwback, the bastions of blue-collar music. Working class heroes; think of “Big Man in Town” versus “Sgt Pepper.”

He was right. Much more happened with the music; music defined the popular culture – the style leaders came from the music world, neither from the movies nor from the establishment. The Beatles got into eastern religion and mind-altering drugs and the popular culture followed: clothes, hair, and cars. Even us clueless geeks followed along. I have no idea of style but I knew enough to dress a little like everyone else and to grow my hair longer.

In that VW we didn’t realize that the zenith of the sixties music culture was occurring a hundred miles away in Woodstock. Sometimes I get angry because so many people remember being there. I want to shake some of them and say loudly, “Listen you were seven years old in 1969 and were living in Marlinville, Kansas. You were not, definitely not, at Woodstock!” I don’t do this though. I don’t want to destroy someone’s pleasant memories, even if they’re false.

On that Sunday morning, people rolled in the mud, got high and made love at Woodstock while Country Joe and the Fish sang “Next Stop Vietnam.” Meanwhile, twelve of us, mostly Giant fans, drove in three cars from New York City to New Haven to watch the Giants regain the honor of the NFL. Broadway Joe Namath and his upstart Jets shocked the football world by upsetting the mighty Colts in Super Bowl III.

We arrived at the Yale Bowl and as per plan, we hooked up with our eight other friends, who had a bigger car and carried the coolers. We then had the requisite tailgating. Beer flowed freely in the parking lot. Inside the Yale Bowl, more beer, an absolute necessity because of the heat. The Jets proceeded to kick the Giants butts. Joe Namath was impeccable, hardly missing a pass; when the dust cleared the count was Jets 38 Giants 14 and we had to make the sad journey back to New York.

Journey Back to New York

Luckily our pain was anesthetized by the massive amounts of alcohol we consumed. Four of us piled back into Les’s VW Beatle. We returned to Route 95 which was a parking lot, no doubt overfilled by the sixty thousand fans leaving the Yale Bowl. We sat for an hour and I memorized the license plate in front of us, CT XFT1406.

In my impatience I said to Les, somewhat less inebriated than the rest of us “Get off here and go to the next exit, maybe it eases up there.”

“I don’t know New Haven, how will we find the next exit?” he answered, “Just keep the highway to our left – we’ll find it.”

We exited the highway and wandered around New Haven for the next forty-five minutes. We finally found a sign saying 95 South and turned onto the entrance ramp. It wasn’t until we were back on the highway and again sitting in nonmoving traffic that we realized we had entered at the same entrance that we had exited. Les weaved a bit through the traffic and then we sat again. Unfortunately, the license plate of the car in front of us was CT XFT1406. Forty-five minutes of wandering and we were in the same spot. Irwy, who was wavering in semi-consciousness, suggested, I guess fueled by the alcohol.

“Hey guys” he slurred, “the sun sets in the west and we’re heading west? We should get off the highway and follow the sun. Eventually, we’ll get home.”

“Follow the sun,” Les began in his somewhat less inebriated state. “That’s a really wonderful idea.” He then exited at the same exit we had taken an hour earlier and started to drive through New Haven following the sun. After passing many of the same homes we wound up on Route 34, moving at a reasonable clip. It was a beautiful ride, the sun in front of us and then the rustic Housatonic River wandering to the side of us. We were driving unimpeded, but unfortunately, Route 34 goes northwest rather than west and suddenly there was a sign “City Limits: Danbury, Connecticut”. Danbury is farther from New York than New Haven. “No problem,” I told Les “I know how to get home from here. Just get on I-84 and head west and we’ll take the Taconic Parkway.”

Les did as he was told and we arrived at the Taconic. Entering the Taconic, the traffic came to a complete standstill. It was impossible to even exit the Parkway. Irwy woke up momentarily and in a semi-stupor asked “Hey what’s going on?”

‘We’re standing still in frigging traffic on the Taconic.” I told him.

“Hey, this must be the traffic.”

“I heard this morning that there’s some big rock concert upstate. Woodshole or something. They said there was going to be massive traffic delays.”

So we sat there, first listening to Dennis’ gloating about the Jets and then listening to the radio and arguing about music. Was “Lucy in the Sky with Diamonds” really about LSD? Who was better the Temptations or the Four Tops? Eventually, we slipped into exhaustion and silence and finally reached home after midnight, the usual one-hour ride from New Haven, taking seven hours.

So Woodstock, the high point of the sixties music culture, passed into history and people’s memories, whether they were there or not. As for those of us in that VW, we went back to our lives and then moved cluelessly into the seventies.

Dr. Ben Fine is a mathematician and professor at Fairfield University in Connecticut in the United States. He is a graduate of the MFA program at Fairfield University and is the author of thirteen books (eleven in mathematics, one on chess, one a political thriller) as well over 130 research articles, twelve short stories and a novella about Pirates. His story, August 18, 1969, published in the Green Silk Journal was nominated for a Pushcart Prize. His story From the Dambovitsa to Coney Island was an honorable mention winner in the Glimmer Train Literary Contest. He has completed a memoir told in interwoven stories called Tales from Brighton Beach: A Boy Grows in Brooklyn. The stories detail his growing up in Brighton Beach, a seaside neighborhood on the southern tip of Brooklyn, during the 1950’s and 1960’s. Brighton Beach was unique and set apart from the rest of New York City both in character and in time. His latest novel Out of Granada was released in July. His author website is https://benfineauthor.com