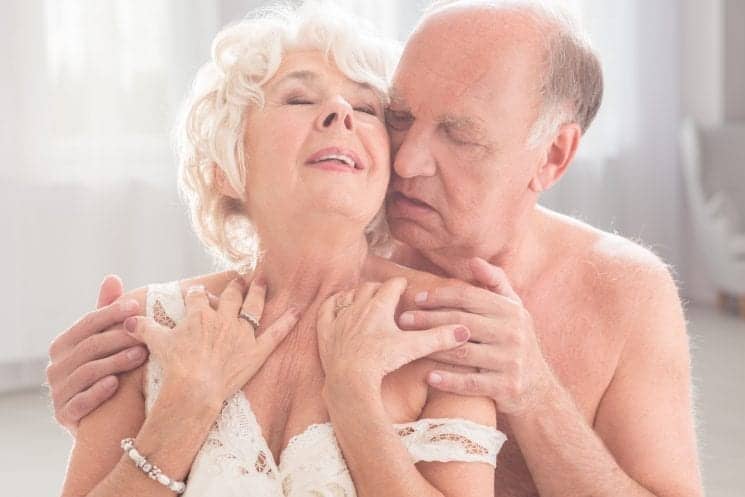 According to a recent scientific survey (Frequent Sex is Linked to Better Memory), the less sex you have, the worse your memory becomes. They also say that the human sex drive diminishes as we age. Would it be a surprise if fewer seniors are having sex after sixty? Maybe they just forgot?

Let’s face it; some of us never drove sex much anyway. On the other hand, “mature” women often rediscover sexual freedom once past childbearing age and go at it like newlyweds.

Just yesterday, I got an e-mail headlined, “Sex After Sixty? Be a Real Man Again!”

Wow! I thought. Do they know something I don’t know? Has my wife ratted me out to the Internet Sex Police about my lackadaisical libido?

Then came the clincher. It was a testimonial from one Chip S., age 74, of Alabama. “After 11 years without sexual relations, I took Herbal X and had sex four times in one night. It made me feel like a 19-year-old again.”

Of course, the devil‘s in the details.

Why did this guy avoid sex for 11 long years? That’s 4,017 lonely nights. And exactly what happened and with whom on that wild night of laying his ancient cane in a dusty corner? Four times? Like he was 19 again?

It’s plain to me that I’ll never again be the guy I was when I was 19.

These days, just getting up is often heavy lifting. But I have to ask myself if I want to return to those days when an elevator ride, a flock of sparrows, even a Bach Cantata – practically anything – would send me into a high state of arousal.

Whoever Said, “Sex After Sixty Is Like Playing Pool With A Rope” Got It All Wrong.

Being 19 in the straight, asexual, Mamie Eisenhower 1950s was akin to being raised with 40 gorgeous sisters who ran around the house buck naked. Little wonder my generation became such hardworking executives. All that sexual energy had to sublimate somewhere.

No, I don’t want to be 19 again. But having sex four times in one night sounds like fun.

Gee, having sex four times in one week would be okay with me. Okay with my wife, too, I think. Carolyn’s an outrageous lady of a certain age who has an “Uppity Woman Inside” bumper sticker and a “Grandmothers Rock” attitude.

Back in the age when good girls didn’t, she did, and she thoroughly enjoyed herself.

Carolyn’s so generous that she’d never, ever suggest that I buy Herbal X, Viagra, or any other sexual pick-me-up. In fact, I’m fortunate to have a wife who makes her husband feel like a stud even when he knows deep down that he’s far more a lump than a hunk.

I’m here to tell you that sex after sixty is good. Slow, maybe, but good.

Do you find that hard to believe?

While at a recent AARP Convention researching the subject, I heard Dr. Ruth Westheimer advising all us duffers that, as long as we’re still breathing, there’s no reason in the world why most can’t have a hot and healthy senior sex life.

Of course, many in the younger generations, including our sons and daughters, find it just plain disgusting that Granny and Gramps could still possibly be “doing it.” But, come on! What do they know? About anything?

To which I add, to hell with what the children think. That uppity woman willing, I’m doing some heavy research tonight!

Oh, did I tell you? According to a recent scientific survey, the less sex you have, the worse your memory becomes.

Suddenly Senior – the internationally syndicated column read by 2.7 million bright folks over 50 in 176 countries all of whom have become senior way before their time.