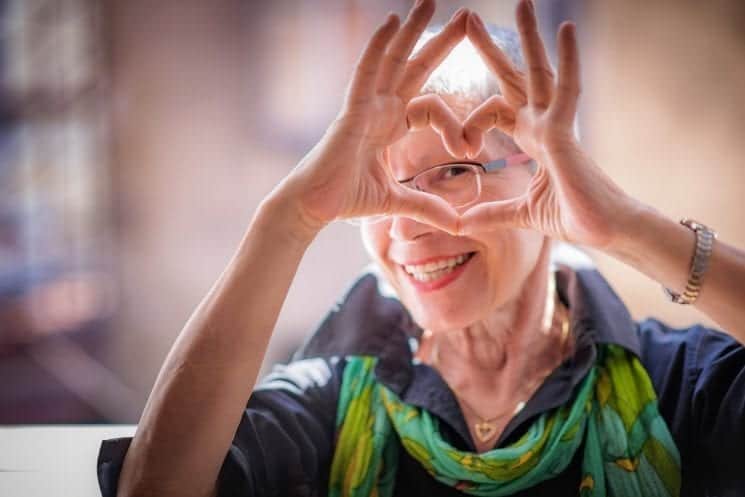 I was looking at senior online dating profiles the other day when I found a man who was absolutely perfect for me: smart, funny, and creative.

Like me, he enjoys books and museums and swimming and long walks. And like me, he doesn’t drink or smoke.

Too Old for Him

There was just one problem. According to his profile, Mr. Right was only interested in dating women between the ages of 45 and 62. At 63, I was too old for him.

So he and I are exactly the same age and yet I’m too old for him? What’s up with that?

My online profile states that I’d like to date men who are anywhere from five years younger to five years older than I am. Most women’s profiles are similar. As far as the fairer sex is concerned, a little younger is okay. A little older is okay too.

But men? Check out their profiles and you’ll find that many only want to date younger women. It isn’t unusual for a guy to only consider dating women who are over a decade younger!

I get it. You have Woody Allen-esque dreams of being an old coot who is adored by a young babe.

Although I guess you can’t blame a guy for trying.

Sometimes, of course, an age gap can work out. My dad, at 72, fell in love with a 62-year-old woman and they were happy together until he died 15 years later. When he encountered health problems, she had the strength and stamina to care for him in a way that she might not have had she been his age.

Of course, after he died she was alone again at 77.

But the situation definitely worked out for Dad.

And I have to be honest — If I could attract a man who was not only perfect for me but ten years my junior? I wouldn’t turn him down.

But an age gap isn’t a requirement. I’m fine with dating men my own age. This is why that “We Absolutely Can’t Be The Same Age” deal-breaker really sticks in my craw. The 60-year-old man who’ll go out with a woman who is 59. But if she, too, is 60?

Totally out of the question.

13 Dating Sites for Seniors Over 60

And lots of men do this. Why? Because they can.

I’m not saying we single ladies ought to boycott any guy who refuses to date a woman his own age. We’d be left with a very small group of potential mates to choose from.

But I’d encourage you to do what I do — call them on it!

What have you got to lose? He already thinks of himself as a vibrant young 63-year-old catch and you as a doddering old 63-year-old crone. Why not inject a little reality into the situation?

When I come upon a guy like this, I usually send him a brief mocking note. Something like:

You’re 63. I’m 63. And yet I’m too old for you? What are you afraid of? That I’ll be old enough to call you on your bullshit? Well, consider yourself called on your bullshit. You don’t know what you’re missing, pal. But have a nice day!

Will sending a man like this a snarky little note make him come to his senses? Probably not. I’ve never gotten a note back saying “You’re absolutely right! Let’s meet for coffee. We can talk about what an idiot I am to not consider dating women my own age.”

And yet, sending that snarky little note always makes me feel a little better.

Roz Warren (www.rosalindwarren.com) writes for everyone from the Funny Times to the New York Times.