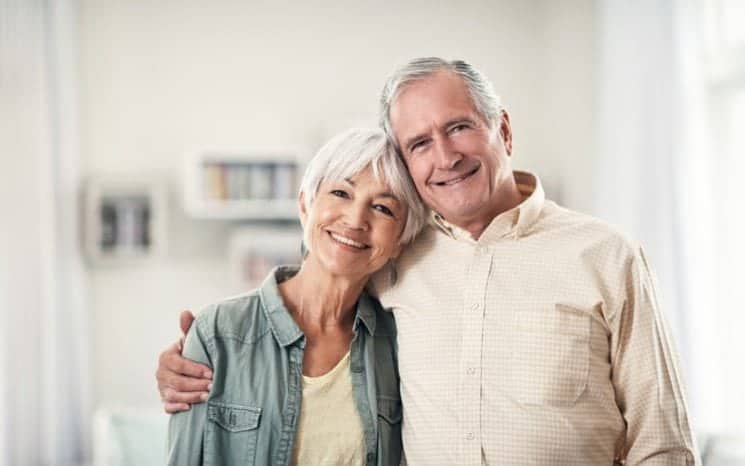 As we age and lose life partners, finding senior companionship can be a trying task. I, for one, never want to end up on “the reservation”.  An old uncle of mine used to call it the senior citizen care center. He wound up and died there.

Luckily I still, at 82, have my wife to live with. We have avoided the reservation by choosing to live in an apartment home on a scenic golf course. We have little to take care of and plenty of time to enjoy life.

Part of my enjoyment in life is living in the general population. I’m not restricted to only people my age as neighbors. My experience has been that we old farts can be both boring and trying. I need a more broad exposure to life than just shuffleboard and bingo.

It took a lot of downsizing to get to the comfortable living point we have reached at our age. Moving from a 3,500-square-foot house in the Florida Keys to a 1,200-square foot apartment in central Florida was no easy task. It took a good two years just to get rid of all those treasures we had accumulated in life. We had to sort out the few we needed to live comfortably in our new home.

We approached our new living quarters more like roommates than as husband and wife; in the sense that we each wanted our own space. For one thing, my wife was a retired nurse. I am a retired journalist. Neither of us has ever lived a so-called 9-to-5 lifestyle. So we eat, sleep, and function on no certain schedule.

As we aged, sleeping in the same bedroom became a tedious experience. One of the other getting up all hours of the night to attend to certain body functions didn’t help. One might want to watch TV into the wee hours of the morning. While the other wanted to grab some early sleep. My wife likes to sleep late in the mornings. I am an early riser. A definite compromise was in order.

We accomplished it by finding an apartment that could be split into two private sleeping and workstation areas. Each has its own full bathroom. The rest of the apartment has a shared kitchen, living room, sun porch, and, of course, room for a baby grand piano. Now I can enjoy afternoon concerts my wife likes to play to keep her music skills in tune.

There are no restrictions on visiting each other’s living quarters. In fact, it’s rather nice to sneak down the hall at night and deliver a flower and a hug to the girl who has been kept a twinkle in my eye for many years.

It’s not at all like Jack Lemmon and Walter Matthau living together in Grumpy Old Men. Or like Felix and Oscar in the many versions and spinoffs of Neil Simon’s The Old Couple.

Millennials living in their parents’ basements are getting to be an old story. Much overlooked is the drastic increase in doubling up of single adults. Zillow reported the number of adults who have doubled up in housing has increased to almost a third of all households since 2000 when it represented only a quarter of households.

Much of that doubling up has occurred because of the increase in the cost of housing since the turn of the century. Many of those who double up, do it for the economics of the situation.

It is not a move to be taken lightly. Finding another person you are compatible living with can be a tedious search. Friends in your social circles may appear to be perfect roommates when they find themselves alone in life. However, many people who may appear to be good prospects fall under the “impossible to live with” category.

There are resources available to help you make the proper choice and decision in doubling up if you choose to explore that opportunity as you age up the senior ladder.

The Golden Girls Network has a nationwide database of over 1,500 members who pay a $39 fee for six months’ access. Members create a detailed profile, then search the database to find potential housemates. Most of the self-service network’s members are between the ages of 50 and 70. Matches are usually between two people, but there are also some multiple-housemate listings.

Senior HomeShares is a national, free online matching database. Launched in 2015, the site currently has more than 600 members ranging in age from their 50s through the early 90s. The majority are in their mid-to-late 60s. The site’s users are 60 percent women and 40 percent men. It is staffed by people 55 and older.

Silvernest is a newcomer and charges a fee to homeowners. Renters can use the service too, but your search is free if you’re looking to move into someone’s house. Like Senior HomeShares, the site uses a matching tool to find compatible housemates. The service verifies users by checking ID. For homeowners, it will provide background checks of potential housemates. It can also draw up leases and collect rents. Silvernest’s current top locations are in Colorado, California, and Florida.

The National Shared Housing Resource Center is a clearinghouse that provides information, referrals to local agencies, programs, and guidelines on finding a housemate. Some local programs, many non-profit, exist that do all the heavy lifting for you. Check ‘em out.