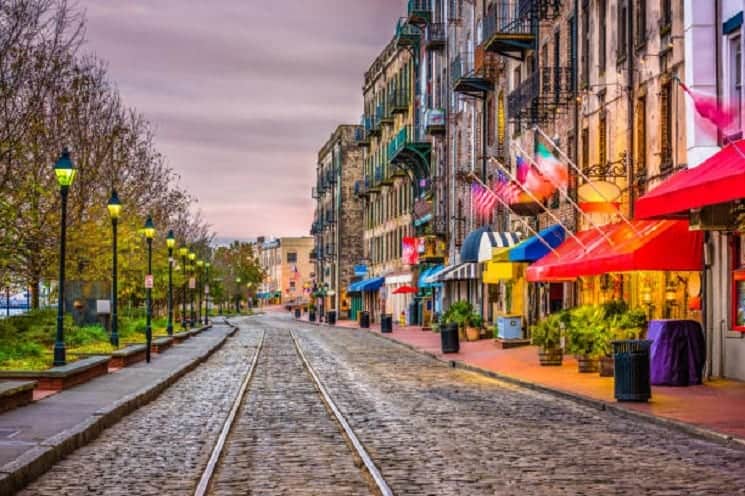 Some towns are just made for geezers. One of my favorites is Savannah, Ga. Savannah has everything close at hand, relatively inexpensive and comfortable, to keep you occupied between naps for as long as you want. 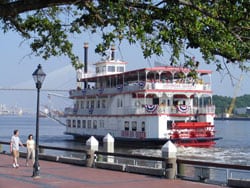 Over the years I have been to Savannah many times in my travels, but seldom more than for a night at a downtown hotel/motel to cover some event in the area for whatever publication I happened to be writing for at the time.

Now retired, I had the opportunity this summer to stop and smell the roses in one of America’s most beautiful, and many would argue most pleasant mid-size cities.

The big event that got my wife and me thinking about Savannah was my sister’s 65th birthday. My sister, Brenda Whitney, lives in Dayton, Ohio, and we live in Lakeland, Fla. Savannah was not exactly a halfway meeting place, but it was a pleasant drive for my wife, Marie, and me and an easy airplane ride for Brenda.

Marie had just sprinted through her 65th birthday and it was now Brenda’s turn to celebrate. Both have nursing and social service backgrounds, so they never have trouble finding things to talk about.

While Marie’s birthday had been the delight of waltzing into Medicare, Brenda’s had just a smidgen more of celebration involved. She was the first member of our family to have been born in the Atomic Age, one day after the Trinity Test in New Mexico – the world’s first explosion of an atomic device on July 16, 1945.

Brenda doesn’t necessarily glow in the dark, but she has one of those personalities. She has devoted her life and career as a pioneer in the development of residential home programs for mentally and physically challenged children and it’s always a pure joy to spend a few days with her.

We decided not to do the old routine of a hotel or motel and instead opted for a few days of living on the economy in the heart of the city where one does not need a car, fancy dinner clothes, or a schedule of any kind to enjoy life. We contacted Catherine Hawley who had a downtown apartment on Oglethorpe Square for short-term rental listed on the www.vacationrentals.com

Oglethorpe Square, named after the founder of Georgia – James Edward Oglethorpe – is located on Abercorn Street between State and York streets in the heart of the city’s historic district. It was laid out in 1742 and was there in all its glory during the War of Northern Aggression when Yankee General William Tecumseh Sherman ended his famous March to the Sea in Savannah. The charm of the town was enough to persuade Sherman it was time to end his burning and plundering of the South.

That charm still exists in Savannah. Our apartment was a classic example. You can take a virtual tour of it at www.TourFactory.com. It was located on the first floor of the Graham building built in 1924 as housing for women emigrating to the U.S. from England.

With all the modern conveniences one needs, we found the apartment just right for three people. A quick trip to the grocery store and we were completely at home in our new surroundings. When we wanted something we didn’t have, it was a block or two’s walk to pick it up.

The nice thing about old historic Savannah is that you really don’t need a car to see the city. There is an excellent city bus system that runs right by the apartment and it will get you easily to anything in town while giving you a chance to see the city.

If you want a more definitive view of Savannah you can take a horse-and-carriage guided tour, catch a tram tour, or even get a ghostly tour of the city in an old hearse. There is no shortage of tours from which you can learn the history and enjoy the beauty of Savannah.

You can walk a couple of blocks down the street to another one of the many city parks, and sit on the bench Bubba Gump sat on while extolling the virtues of a box of chocolates. There are plenty of places to visit in Savannah like the home of Julia Stowe, the founder of the Girl Scouts, many of the homes where movies have been shot over the years, and the nearby Atlantic Ocean at Tybee Beach. You may tire from all the touring, but it will take a long time to run out of places to visit in the Savannah area.

One of my favorites is the Mighty 8th Air Force Museum where the story of the 8th’s role from the air of driving the Nazis out of Europe in World War II is most eloquently told. In addition to the many static displays in the museum, a group of volunteers is working on restoring a World War II B-17 bomber that bore the original name of the City of Savannah.

Most of all, though, I fell in love with Oglethorpe Square. I’ve got nine years on the girls. They’re Baby Boomers and I’m the Old Fart! Besides that, I smoke a pipe, but never indoors. Oglethorpe Square was just made for me.

While the girls prattled away, I spent the morning, late afternoon and evenings sessions sitting on a bench in the square puffing away and people watching. The people in Savannah are among the friendliest I have met in a long, long time. They, along with the squirrels, stop and visit with you as they walk their dogs or just grab a little exercise.

Many students from the nearby Savannah College of Art and Design, which butts up against one side of the square, study on benches under the Spanish Moss-draped trees.

And, like all of Savannah, it is clean. No trash, no panhandlers, nothing to disturb the peace and tranquility of a charming, modern Southern city with a rich, rich history.

Dave Whitney is a retired journalist and adventurer who has won many writing awards. He was born and raised in central Ohio, attended school in Missouri, served in the US Army Security Agency, and migrated to Florida a half-century ago. Author of four books, he is a former Associated Press writer/editor and has been nominated three times for the Pulitzer Prize during his writing career. As editor and founder of the Free Press newspapers in the Florida Keys, he was the first publisher to pick up Frank Kaiser’s “Suddenly Senior” column when it entered syndication. Whitney currently resides in Lakeland, Fla., after living 25 years in the Florida Keys.