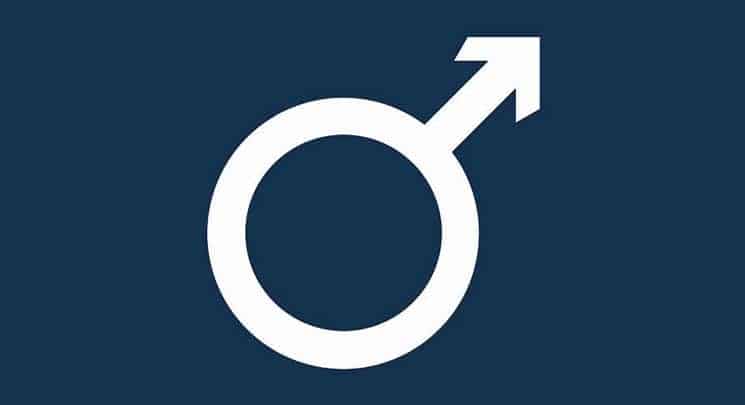 One of the things that go with the territory of being a published essayist or columnist is that you get called a lot of names by readers expressing their opinions of what you have written.

Sometimes, you learn from them; others you simply shrug them off. But a couple of comments following a column I wrote recently on buying Chinese seemed to dredge up old memories of where I came from and forced me to re-examine just where I am today.

I had made a comment on the preference I had for the more tranquil way in which Chinese women picketed quietly in bikinis for wage increases. It drew comments accusing me of being “a dirty old man” and a “male chauvinist.”

To the former, I plead guilty. God’s greatest creation is the female form in all its variations. I admire it. End of plea.

My Gender: Revealed at Last

On deeper examination, I must agree I am most likely a male chauvinist by many of today’s standards. I am reminded of it every time I walk into the Post Office. I see all the literature they are required to display admonishing “MEN” to register for the draft.

Then I have to ask myself: “Why just men in this age of gender equality?”

The great feminist movement started in the 1960s, at a time I was busy as a journalist covering civil rights and later anti-Vietnam war demonstrations. I don’t recall ever once seeing the National Organization for Women, or other feminist organizations, demonstrating for the right to register for the draft. Although NOW is backing the Occupy Wall Street movement while ignoring the abuse of female demonstrators reported within the ranks of the demonstrators. I still don’t find them demanding equality in draft registration.

Let me explain from where I come:

World War II played a major role in shaping my life. I was five years old when it started. By the time it ended, I had paper routes. I had worked hard scouring for scrap iron and other recyclable materials. I had learned that the women in my life were just as capable workers as the men.

My stepmother stepped up and ran my father’s insurance agency while he served in the Army. When he returned, she went back to her profession of nursing. My aunts continued to work as nurses and in their family businesses.

So it never occurred to me that women didn’t work and earn on an equal basis with men.

I spent eight years in all-male military schools, all-male colleges, and on active duty in the U.S. Army, where exposure to women of equal status was almost non-existent.

Following my release from active duty in the U.S. Army, my first exposure to women in the workplace came in a management position I held in a large insurance company. To my amazement, the female staff members that worked for me were given three days a month off.  They also received pay while out for their “monthlies.” Men were granted no equivalent paid time off. When one of the women on my staff got pregnant, she continued to take her paid monthly leave. There should have been no way she was suffering from the pangs of a period, so I questioned the practice. I got told in no uncertain terms not to pursue it.

I eventually landed the job I wanted at a major metropolitan newspaper. After a couple of years, I was moved up to a police reporter slot. After a year or so in that slot, the paper that already had a firebrand of a female news reporter decided to move another woman over to the city desk. She asked me to take her on the police beat one evening.

On the police beat, you never know what is coming next. That evening we got a call that the police had found a body and responded to it. It turned out it was the body of a woman who had died alone in her house. She had been there for several days. Upon arriving at the scene, there was no doubt. The odor told the whole story. It is a smell that clings to the hairs in your nostrils and takes days to overcome.

I heard my young female companion gag and turned around to find her hanging over the rail of the front porch of the house. We found the body there. She was tossing her lunch to the wind.

As was the custom, when we got an evening break, several of us gathered at a local eatery. They served a big steak dinner for a song, so we joined them. When they served us the steaks, my female reporter companion jumped up from the table. She ran out on the sidewalk and upchucked everything but her toenails.

The next day I was informed by my editor that the young female reporter to whom I had given the grand tour of the police beat would henceforth work the day shifts in the office. I would be consigned to the night duty allegedly because “we cannot expect a young lady to walk across the parking lot to her car after dark!” Never mind that the parking lot was well lit and we had some security guards on staff.

Eventually, I left that job to cover race riots in the South and anti-war demonstrations in the Midwest for national wire services. There was a paucity of female reporters there. I did manage to break the all-male barrier in the press box at the University of Iowa during a sports editor stint. I pulled for one of the wire services when I took the first female reporter to occupy a seat in the press box along as I covered a Big 10 game. There was more talk in the press box among the male scribes about the “unauthorized” presence of a female in their domain than there was about the game. I shrugged it off with a smile.

I have continued to break the ice in the same fashion for many years. As I rose through management ranks at other newspapers, I never once paid a female reporter less than a male counterpart. I never slanted assignments to give them any breaks males on the staff did not also receive. When I started and built some publications, I never once paid a female less than a male counterpart or in any other way discriminated against them.

My daughter enlisted in and served in the U.S. Coast Guard with high honors including a Commandant’s Citation. I was supportive and proud of her accomplishments.

So why does the men-only draft registration signs in local Post Offices bug me? Simply because it reminds me that many women appear to want equality on their terms and not on universal terms. They refuse to own up to it, even though there has not been a draft in three decades.

In spite of the fact, the draft is not currently being used in addition to heavy fines and jail time for failing to register. Young males can be refused college loans and government jobs while women suffer no such penalties. Where is the equality in that?

You can put me down as a male chauvinist if you wish and I will not deny it. Until I see the feminists parading for the right to be drafted the same as men, I guess I always will be.