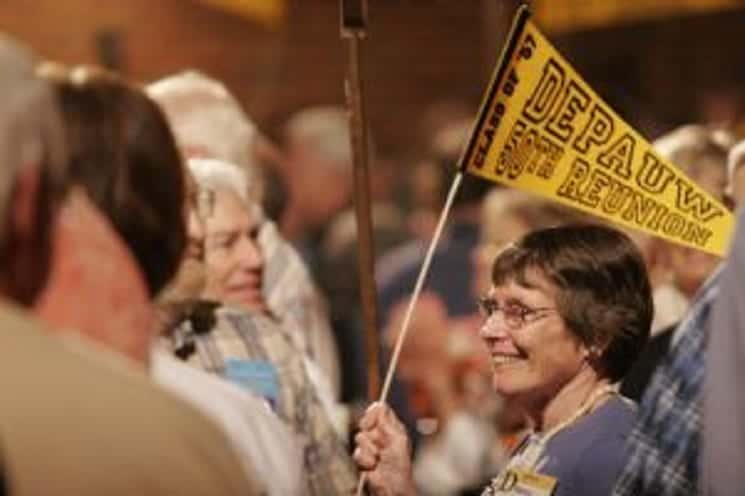 A pleasant affair, where over 100 of us, now in our 70s and mellowed beyond having to prove anything, enjoyed the company of old friends, reminiscing, and catching up with each other’s past 50 years.

But for all the joy, laughter, and renewed friendships, our college reunion was bittersweet, in both past and future tenses.

In the future, most of us will never again return to that place which held such special meaning in our lives, never again see most of the classmates with whom we’ve shared so much. It was the end of something important.

When Did We Get Old?

Returning to the DU fraternity house where I lived while at DePauw University took me back to the distant past.

The old place hadn’t changed much. The dorm smelled the same. Student rooms – each with 50 new coats of paint since I left – still warm, inviting, and representing our very first independence. In the hall was the same corkboard where, long ago, our house scholastic chairman posted an elaborate hand-painted poster pronouncing, “There is No Substitute for Scholastic Exallence [sic]!”

In some drawer, somewhere is a fading photograph of me standing tall on the DU lawn dressed in my cap and gown. That Frank of 1957 lived in a time of optimism so full of itself it could see nothing else.

How College has Changed

Unlike students of today, we graduated debt free. Room, board, and tuition cost about $1,500 then. Today it’s $33,600. Not including cars, which were not allowed back in the day.

Our mothers, for the most part, had been homemakers. And there was little doubt we would marry – soon and well and forever – and that our wives would stay home to raise our children just as our mothers had raised us.

Although we had vague memories of The Great Depression, by 1957 an expanding prosperity surrounded us. By graduation day, most of us men had been through several job interviews with large corporations. Many already had jobs with the likes of General Electric, IBM, and Procter & Gamble. They promised personal fulfillment and family security. For life.

Though it’s hard to believe today in our dumbed-down, celebrity-obsessed, and TV-addled culture, in the mid ’50s television was still a novelty to much of the nation, a status symbol indicated by the fact that there were far more TV roof antennas than TV sets. 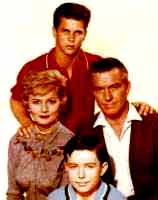 “Leave it to Beaver” began broadcasting that year. And in our callow black and white world, all ’57 graduates would soon be living in Mayfield.

The tube had yet to degrade our political process. Most of us still believed in our federal government.

In June 1957, in my most bizarre dreams I couldn’t conceive that my future held three marriages, business failures, and, strangest of all, years of AA meetings. Son of strict Christian Science teetotalers, in college I seldom drank anything stronger than root beer.

Always more interested in what life would bring than what I could take from it, I was not conventionally ambitious and found little appeal in large daddy-like corporations. I wanted to change the world. I couldn’t do that from a branch office in Topeka.

Jobs. The draft. Geezers look back.

I took a job at the Elgin Daily Courier-News – newspapers had always been my love – and soon surprised myself with a $20-a-week compromise: a switch from the newsroom to advertising sales. I simply couldn’t live on the $55 a week then paid reporters.

Most of us guys faced the draft after graduation. Many of us, impatient to make our mark, considered it a waste of time. Turned out, I wouldn’t have missed my Army experience for the world. In fact, I’m certain we wouldn’t be in our current straits if the draft existed today.

Graduation Day, 1957, promised us all a full and prosperous life with no looking back.

Fifty years later, on a similar warm June Indiana day, I asked several geezers if their lives had turned out the way they’d thought.

“No,” most answered, “but it was a good life.” Some couldn’t remember what they’d thought way back when. It wasn’t important.

We Americans, inherently upbeat and optimistic, are not good at looking back. Perhaps that’s why our country keeps making the same mistakes. But to think that by revisiting the past you transform the present is a mistake as well.

If nothing else, writing this column disproves it.

As far as my ambition to change the world, we all do that, whether or not we actually want to. For me, Lily Tomlin was right on when she said, “I always wanted to be somebody, but I should have been more specific.”