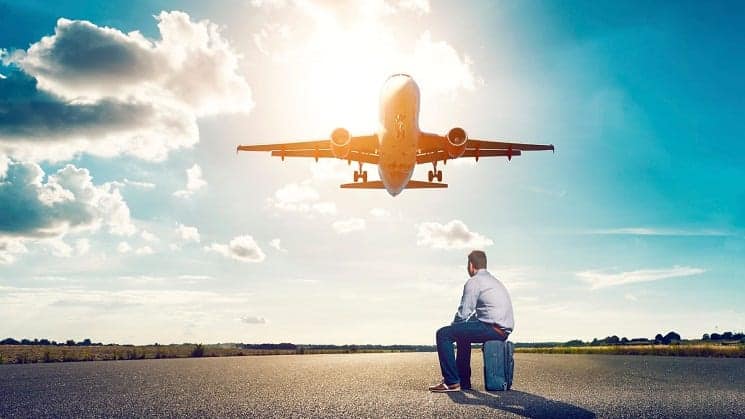 It’s that time of year again. Everyone is thinking about flying somewhere. We’re all asking, “Can airlines make flying worse?” I’m convinced that they can and I’ve got some ideas on how to do it. It’s apparent to me that they’re not concerned with making things better, so I put my imagination to good use.

Commercial air travel has got to be one of my top 10 most hated activities. It’s up there with using public restrooms (you amazingly get both when you fly). Anyone that claims to enjoy modern-day air transportation seriously needs their head examined. I can’t think of one nice thing to say about airlines except that I’ve always arrived in one piece. I can’t even count the number of times I’ve been stranded in a connection airport or had my bags lost. You’re basically sitting in a modern-day torture device (it rivals being waterboarded) for what seems like forever.

And of course, it’s never their fault when things go wrong. The airlines are like a bunch of irresponsible adults who were never punished for anything as children. Zero accountability.

The airline industry has got to be one of the most hated industries. They’re absolutely my most hated and that’s saying a lot when literally nobody likes their Internet Service Provider.

What is left to actually enjoy about flying anymore?

Here’s just a shortlist of items that already make flying an awful experience.

I’m pretty sure I missed a few items, but you get the gist of it.

As awful as flying already is, I think the airlines can make flying worse. I’ve got several ideas these sadists can use once they run out of their own. I wouldn’t be surprised if they haven’t already thought about implementing these. They seem to enjoy making their patrons miserable.

Need to change your flight (the airlines don’t care)? Go ahead and buy a new ticket. They’re not accepting changes anymore.

Airlines are tired of tracking down your bags. They realize you paid a ridiculous amount for them to fly to your desired destination. They honestly don’t care. Just buy clothes when you get to where you’re going. They’re going to just start making you pay the fees without allowing you to check a bag. They are also going to pocket the money they save on baggage handlers that they fire.

You thought you were going to skip the line (insert legitimate reason here), but that’s not an option anymore. The airlines don’t care about your problems and you shouldn’t be burdening them with those here.

So you want to pick your seat? Too bad, not an option anymore. You’ll see why later…keep reading.

The airlines won’t have to cater to those with money anymore. Now they can treat everyone like yesterday’s garbage. Removing first-class from airplanes is the best step in removing comfort.

Looking to upgrade your seat? Forget about it. They got rid of first-class seats anyway. Now you can’t upgrade at all. Come to think of it…why even have seats?

That’s right, get rid of the seats entirely. Since everyone complains about them anyway, just make your customers stand. I get that it’s probably against safety regulations, but I’m sure those can be changed. You’re not really concerned with customer safety or comfort anyway.

How else are you going to squeeze even more passengers on the flight?

Customers are bringing too many carry-on bags as it is. They need that extra headspace for the standing room only customers. They can easily double the capacity of the airplane, which will also increase the misery factor and help airlines make flying worse.

People will already be standing around, so they won’t need a reason to stretch their legs anymore. They need that space for more cattle (ahem customers).

Thirsty? Hungry? Not their problem people. This isn’t Starbucks. Drink before you get on the plane, but not too much because…

So you drank too much before getting on the plane. Just like your parents once told you in the car, you’ll have to hold it. They’re tired of cleaning up after your disgusting asses anyway.

They can finally stop pretending to care that you fly with them again. They change the rules so often that nobody understands them anyway. It’s just one more thing they no longer have to manage or reward customers for patronizing their industry.

They stranded you at a remote airport due to a flight “emergency”? Maybe you missed your connection because they changed the gate ten times. Or even better, they need to kick you off the plane so an employee can fly. Not their problem anymore. Pay for your own hotel, food, etc. Can’t afford it? I guess you can sleep in the airport for a few days.

What? Did you want to arrive and leave at the times advertised? That’s never happening anymore. It’s not like the airlines were really trying that hard anyway. Flight times are now just estimated guesses. They may leave early without you. Even better, you may get to enjoy sitting in an over cramped plane waiting to take off for an extended period. And you can forget about arriving on-time; that’s never happening again.

You know all those safety protocols you just love listening to when you first board your flight? Forget about it. Safety is no longer going to be a factor. No lifevest, slides, or avoiding bad weather either. Consider turbulence like a free roller coaster ride with no safety harness. Go ahead and light up that cigarette or cigar. So what if the plane catches fire.

All airlines will have the same disdain for their patrons. You’re just a number to them anyway. You’ll now get the “Dick’s Last Resort” equivalent treatment in the unfriendly skies going forward.

If you’re looking for a way to travel comfortably, commercial air travel isn’t the way to go. Airlines can absolutely make flying worse for their customers. I honestly don’t see an end in sight for how far they’ll go to pinch every penny out of air travelers. They definitely don’t seem to be committed to making things better. On the contrary, airlines seem to only want to make flying worse.

The only way to win this game is not to play.