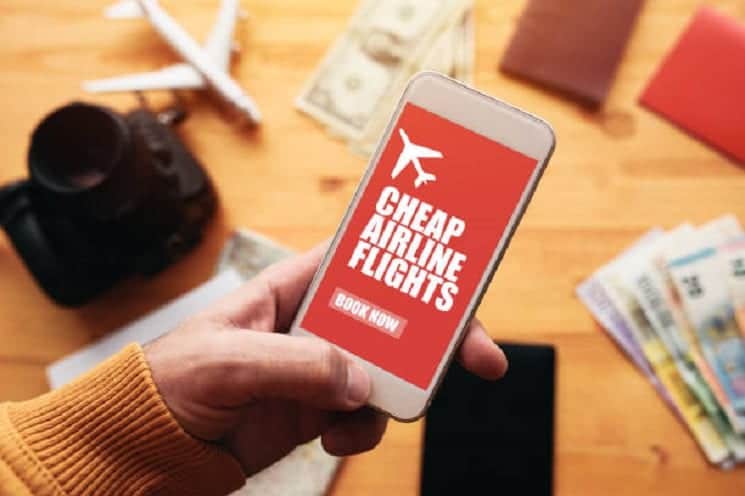 Struggling higher-cost airlines have cut their service so deeply that low-fare carriers offer superior services such as in-flight entertainment and leather seats. The turnabout now extends to legroom, as discounters like JetBlue Airways and Southwest Airlines offer more than the older airlines.

Best Tips on Flying: Before, During and After

Airlines are well aware of how unpopular it is with travelers to ride with their knees in the magazine pouch. A recent marketing campaign by UAL Corp’s United Airlines blasts rival American Airlines for its decision last fall to abandon its “More Room Throughout Coach” program and stuff 12,000 seats back into its jets this year.

United does offer more space than American in its Economy Plus seats, which have a generous 36-inch seat pitch. But only travelers who pay full fare or who are elite members of United’s miles program can get them. Its regular economy-class seats measure in at 31 inches of seat pitch. By contrast, discounter Southwest Airlines offers 32 inches. JetBlue Airways has 32 inches in the seats at the front, and 34 inches of seat pitch in rows closer to the rear of the plane.

It’s a real problem for the major airlines to expect travelers to pay them more than discount airlines charge, and yet deliver a weaker product. Delta Air Lines has even created the conflict internally: Delta’s 757s in its regular service have a minimum seat pitch of only 31 inches in coach, while the 757s devoted to its discount carrier, Song, has a roomier 33 inches.

United’s attack on American comes with some baggage. Back when American had its “More Room” program, it attacked United in Chicago, where the two slug it out with competing hubs at O’Hare International Airport. United’s marketing chief these days is Dennis Cary, a long-time American executive recruited to United just last year.

“More Room” was American’s response to United’s “Economy Plus.” Both programs were launched in the days when business travelers were paying 10 times more to fly than leisure passengers, and so airlines believed attracting a couple more business travelers with generous legroom would boost the bottom line.

United’s chief executive, Glenn Tilton, recently went so far as to tell his employees in a recorded message that the two airlines were now pitched in “leg-to-leg combat.” It’s uncertain, however, whether United can stick with “Economy Plus” as it continues to run up losses in bankruptcy court and struggles to come up with a reorganization plan. Once it sheds bankruptcy protection, United might well come to the same conclusion as other airlines: It needs to cram more seats into its planes to sell more cheap tickets.

American hits back at United by noting that it offers more legroom in coach for the majority of passengers — those not lucky enough to qualify for “Economy Plus.” United’s regular coach seats have a 31-inch seat pitch less than American.

“We are puzzled as to why United would reportedly spend $15 million to $20 million to advertise a product that nearly three out of four of their customers cannot sit in,” says American spokesman Tim Wagner.

American says that most of its reconfigured MD80s, with seats added back in, will offer a bit more legroom at 33 inches of seat-pitch in rows 22-27 — but only on the side of the plane with seats three abreast. On the left side of the plane, with no middle seat, seat-pitch will be 31 inches in the majority of MD80 planes in rows 22-27. The tradeoff is that in those rows, passengers suffering from a most-likely occupied middle seat get a bit more room, and those without a middle seatmate get less room. Rows 8-13 will also have 33 inches of seat-pitch on the side with triple seating. The rest of the seating is 32-inch seat pitch, except for exit rows.

Even airlines that are stingy on space often offer a reprieve: A typical exit-row seat in most planes has about 36 inches of seat pitch.

The tight squeeze of 31 inches is standard not just on United and Delta regular coach seats, but also on most of the higher-cost airlines these days. Continental Airlines is at 31 inches in coach on its 737-800s. Ditto for 737-300s at US Airways Group Inc., 737-400s at Alaska Airlines and A320s at America West Airlines.

Northwest Airlines flies more DC9-30s than any other plane, and those old jets have only 30 inches of coach seat pitch. That is as tight a squeeze as you get on Irish upstart RyanAir, one of the lowest-cost airlines in the world. (Northwest notes that it flies almost as many A320s as DC9s, and the A320s have 30-32 inches of seat pitch, compared to 30-31 for the DC9s.)

So who offers more in coach? Several of the airlines that charge less offer more, and that is a problem for the higher-cost airlines. The discounters already routinely offered superior service in other ways, for instance, more sophisticated in-flight entertainment and in some cases, leather seats in economy.

For road warriors, the availability of first-class seats for upgrading is often a far more powerful incentive than measurements of legroom in coach. To that end, American is adding two first-class seats to its MD-80s by taking out the coat closet at the rear of the first-class cabin.

But a majority of people fly coach, and an inch or two can make a huge difference in comfort.

It works both ways — in length and in width. Airbus A320s generally have wider seats than Boeing’s 757s and 737s because the fuselage is wider. United’s “Economy Plus” seats on A320s, both mainline and on its “Ted” discount operation, have the roomiest coach seats among major airlines with 36 inches of seat pitch and 18 inches of width. “Economy Plus” seats on United’s 757s, by contrast, are only 17 inches wide.

It used to be that discount carriers meant cramped seating on old planes with few amenities. But no more. With the exception of “Economy Plus,” airlines that once billed themselves as full-service when they still offered food, pillows, and legroom now are trying to get higher fares for a weaker product-at least one that is weaker in the knees.