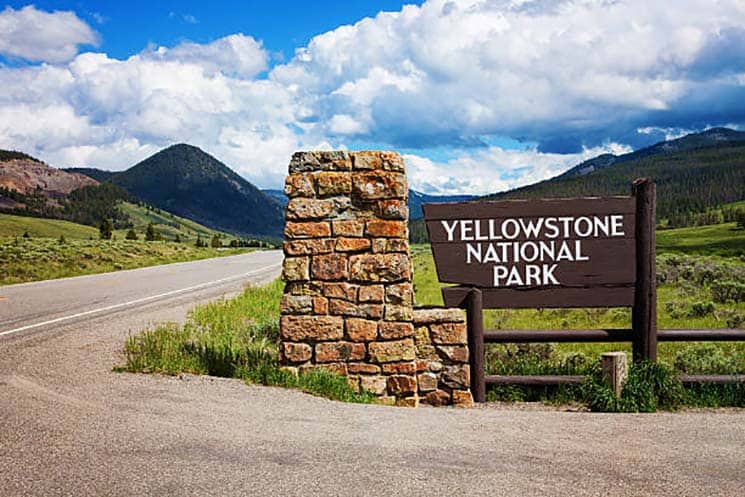 Have you visited Yellowstone National Park yet? Some people like the ocean and beach; others like to travel to the mountains. Some go by car, train, plane, or cruise ship. No matter how you get there, going on vacation is something almost everyone looks forward to.

Last time we looked at Seattle & the Pacific Northwest. Now let’s look at a couple of national parks. Although Great Smoky Mountains National Park is the most visited, which makes sense due to its location, the granddaddy of them all & America’s first National Park (1872), Yellowstone National Park has to be pretty near the top of anyone’s list. 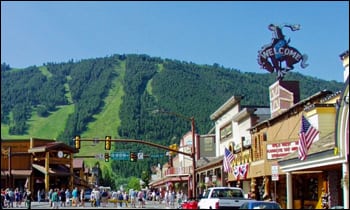 There are 5 different entrances to the park but the best way, if you can do it, is to enter from the south. The reason: Jackson Hole & the Tetons. Jackson Hole is a cowboy town that still boasts wooden sidewalks. Sandra Bullock & Harrison Ford have homes in Jackson, WY where there are less than 60 frost free days a year. There is an elk refuge right outside of town that has thousands of elk that winter there. But the best thing about Jackson Hole is the view as you leave going north when you get your first glimpse of the Tetons. Sometimes people actually gasp when they see the mountains the first time. 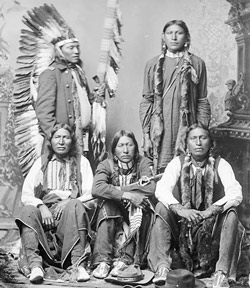 A hole is a French word for the valley and the hole runs about 40 miles with no foothills up to the mountain, which helps give the area such a dramatic aspect. As you look at the Tetons you can understand why the Arapaho say it is “the place where the maker’s work is not yet finished.” The mountains are still rising! And where did they get their name? Well, the story goes some sex-starved Frenchmen came into the hole the first time & thought they looked like breasts… thus the word Tetons.

One time I was having breakfast out along the Snake River and one of my travelers said: “that sure is beautiful wallpaper.” What a neat way to describe the view. And if you go there and are by the Snake, don’t forget a rafting trip. One time a moose actually walked right in front of our raft and we were too much in awe to realize how dangerous the situation might have been. 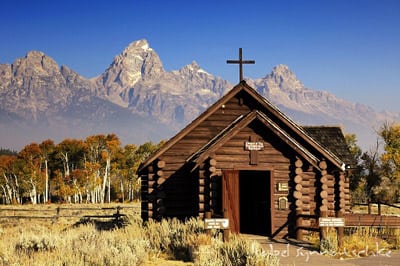 A stop at the Chapel of Transfiguration, Jenny Lake, Coulter Bay, and Jackson Lake Lodge is also a must as you make your way along the road that leads into Yellowstone Park. Although it is less than 90 miles between Jackson & Yellowstone, you can easily spend most of the day getting there due to all the wonderful stops along the way; that is if you don’t make any overnight stops on the way. 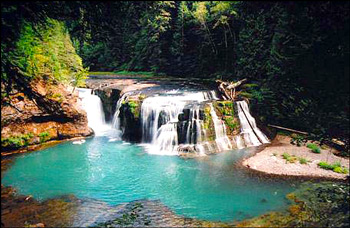 As you enter from the south entrance way down to the right amid tall canyons is the Lewis River. It is amazing how the scenery changes when inside the park. Everyone thinks of Old Faithful but there is so much more to this park. As you follow the Lewis River it keeps getting closer and closer to the road until finally, you reach Lewis Falls and the Lewis River is then right next to the road. Lewis Falls is actually where they took the pictures for the beer cans for Hamm’s beer “from the land of sky blue waters.” 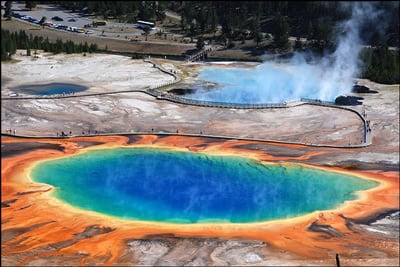 The center of the park is an ancient caldera. What does that mean? It once was a huge volcano and the cone collapsed. Normally we are about 15 miles from the molten core of the earth. But at Yellowstone, we are only anywhere from 2-3 miles from the molten core. Therefore when it rains or snows the water doesn’t have far to go to reach the hot molten core and it comes back up in various steam features like geysers or the others mentioned above. John Coulter asked permission of the Lewis & Clark party to explore on the way home from the Pacific Ocean. Imagine what it must have been like to come into Yellowstone Park and see the geysers and other geothermal features erupting. When he got back to New York and tried to describe what he saw, no one believed him. They laughed and called it Coulter’s Hell! 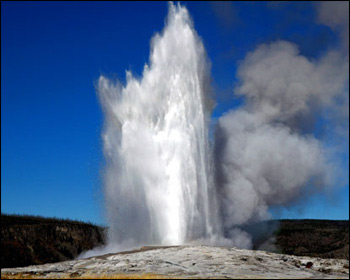 A must stop is, of course, Old Faithful. But don’t forget the Mud Pot area where all four geothermal features can be seen in one place. If you go all the way to Mammoth Falls, you will be in the farthest north of the park. And the upper and lower falls of the Yellowstone River is one of the most photographed sites in the park.

To the west, the exit will take you to West Yellowstone, MT (another neat cowboy town). And at the east entrance, the road will take you to Cody, WY. If you get to Cody, be sure and visit the Buffalo Bill Historical Museum there. I could write a page about that place, but the collection of Western art alone is worth the visit. 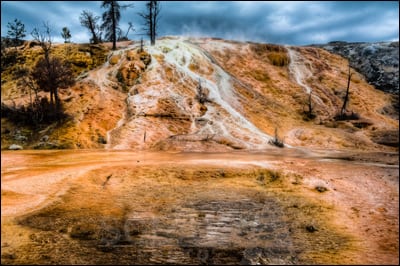 Yellowstone in the Winter

Finally, don’t forget Yellowstone National Park in the winter. You can come in (but very limited) on snowmobiles. Mammoth Hot Springs, the park’s headquarters can be accessed by snowmobiles. And, the other two entrances that are opened all winter are the south entrance from Jackson, WY and the west road from West Yellowstone, MT. However, I use the term “opened” very lightly.

The park is not opened to vehicles – too much snow and no way to clear the roads. Instead, you stop at the two entrances (you must have reservations at Yellowstone National Park) and big snow coaches take you to the Old Faithful area. There is one hotel opened year round there, called Snow Lodge. I have never had a chance to visit Yellowstone Park in the winter but have talked to several people who have and they say it is a journey that should not be missed.