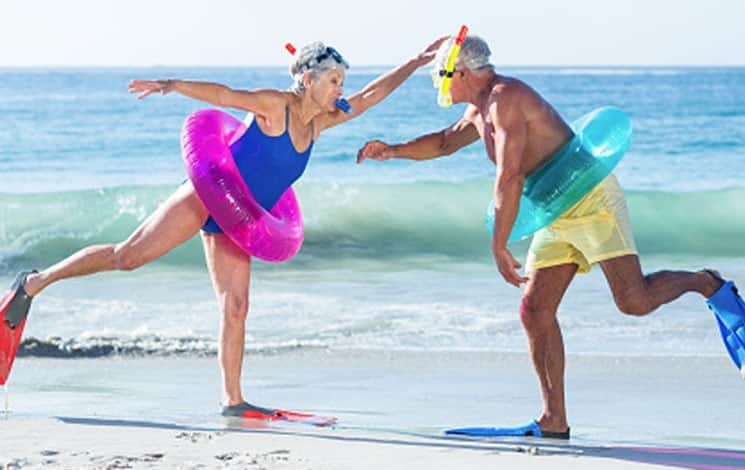 A decade ago I was a millionaire – on paper at least – and today I have to keep an eye on every dollar to get by from month to month. It has been an exercise in sinking and swimming, an ode to our time, a symphony of economic scales that occurs at least once in all lifetimes based on the history of our country.

I am one of those seniors who got caught in the real estate collapse and watched a whole lot of equity in a home and a couple of businesses evaporate and blow away in a fistful of hurricanes helpless to do anything about it.

It was a big adventure; a life lived to the fullest in one of the most beautiful places in the world – the Florida Keys for a quarter of a century. I left with about what I started with and no regrets.

I’m just another statistic making up some of the bad news about The Great Recession, one of the seniors who has felt or is beginning to feel the hammer falling on their real estate values and dreams of a grand retirement lifestyle.

Foreclosure filings rose in almost 60 percent of large U.S. cities in the first half of 2012. More than 1 million homes in metropolitan areas with populations of at least 200,000 received notices of default, auction or repossession, up 1.5 percent from the last six months of 2011. Among the 20 largest markets, Tampa, Fla.; Philadelphia; Chicago and New York City had the biggest percentage increases in filings, according to RealtyTrac Inc. of Irvine, Calif.

There are a lot of seniors out there who are facing what I went through a half-dozen years ago. It’s an exercise in sinking but learning to swim away safely.

In my 25 years in the Florida Keys, I built one house, rebuilt another and did a combination building and rebuilding job on a third. I started one business from scratch and later sold it. Internal Revenue got a large chunk of what little I made on the project over nine years but today that business still provides around 100 jobs in the Keys that didn’t exist before I got there.

I made a respectable living from the businesses I either started or ended up running in the Keys, but circumstances beyond my control ended up wiping me out – eight hurricanes in two years, the arrival of big-box stores that fatally crippled our mom-and-pop operations, and the collapse of the real estate market.

The year before I finally bailed out the taxes and insurance on my home had climbed to nearly $28,000 a year, way beyond what I could afford. I was not in a position to move before the market collapsed because I was taking care of a 91-year-old mother-in-law who was under hospice care.

My timing could not have been worse. In the middle of it, all my mortgage company went bankrupt and before I knew it there were three financial institutions that claimed they held the mortgage on my home yet none of them could produce the original mortgage papers.

Trying to sell a home that required a $2,500 a month escrow for just taxes and insurance is almost an impossible proposition, particularly when the paperwork is all messed up, but with the help of a realtor who wanted to learn the short sale business, we finally pulled it off and my wife and I left town with what we needed to start retirement in a less expensive location in mid-state Florida.

We virtually swam away with a couple of life-saving buoys called Social Security and a small private annuity I had laid away during my working years. Today that’s what we live on and we are comfortable. No longer millionaires on paper, but not paupers on the street either.

If you’re one of those caught in the loss-of-assets trip today, you might want to consider the “rightsizing” I wrote about a while back – adjusting your style of living to fit the number of resources you have left on which to live. I’ve done it and it works. It’s doable in almost any circumstances if you put your mind to it. All it takes is some adjustment in lifestyle.

The government can call my Social Security a “Federal Benefit” but that is a bunch of balderdash. I paid into the system almost from Day 1 and most years the maximum required. The same with Medicare. The Veterans Administration provides most of my medical care and I paid for that with three years out of my life on active military duty. I do not consider any of the financial assistance I get from any of the programs an “entitlement.” I earned them the hard way – honestly with my own blood, sweat, and tears.

I have no time to listen to all the political monkey dust being tossed about implying we are not getting our fair share these days. I have lived and worked under a system that gave me the freedom and opportunity to make my own way and I gave it my best shot. When circumstances produced less-than-satisfactory results I chalked it up to the way the system works. It isn’t always fair, nor was it ever guaranteed to be.

At my age and that of most of you who find yourselves retired today, what we have to live on now is going to be about all we ever have. All we need to do to enjoy life from here on out is to simply tread water and enjoy the days we have left.