Seniors Mad as Hell and Not Going to Take it Anymore 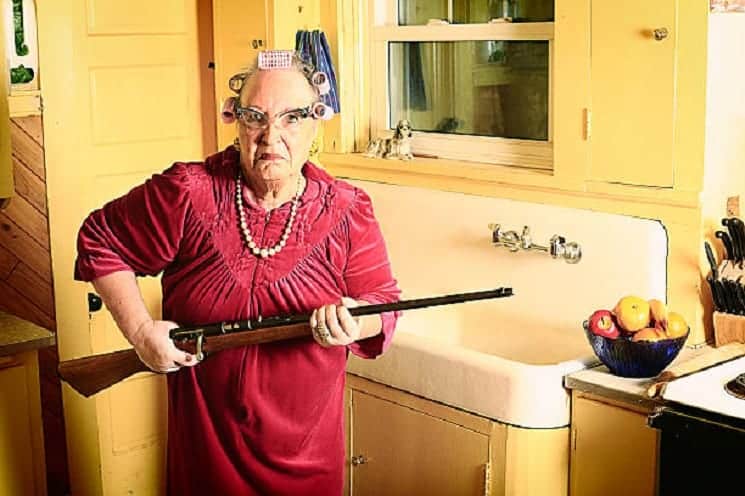 Seniors are mad as hell today and I don’t blame them. Every day I get between 35 and 75 e-mails from readers complaining about the new Medicare Plan D. And every day, after reading and answering this e-mail, I’m so furious that, to simmer down, I must go for a long walk or a hard swim.

This may be good for my health, but not for our country. I can’t tell you how many times I’ve read: “Why don’t they just kill us all off when we reach 65?”

Plan D’s red tape has most readers hogtied. The insurance companies have more ways to restrict access to needed medicine than the drug companies have alibis for raising prices.

Of course, this would be just another government folly if the consequences weren’t so dire. For many seniors, it seems that our health system has been turned over to trolls interested only in their growing pots of gold.

Indeed, it has. But we knew that in 2003 when the drug bill passed.

Then Congress lied to us. The president lied to us. AARP lied to us. Everyone in Washington told us this was the best benefit since free air.

These folks must believe we seniors are dumber than dust bunnies.

But you know, we’re not as dumb as we are passive. And although we knew we were getting screwed – that under Plan D the entire country (our children, grandchildren, even the unborn) is getting fleeced to tune of trillions of dollars – we would have gone along with the program, donut hole and all, if the insurance companies hadn’t gotten so blinded by greed that they resisted giving back anything at all in return.

From the beginning, they connived to bamboozle us with different monthly premiums, different drug formularies, different co-payments, different prices, different benefit levels, exceptions and terms that simply couldn’t be compared.

Instead of choice, we got chaos. All muddled even more by weekly price and formulary changes. And when frightened by artificial and punitive deadlines, many finally made a crapshoot choice; it turned out it didn’t matter.

The insurance companies must have agreed, “Gee, we got away with this so far, why not push it all the way? Let’s not give them anything for their money.”

So I get hundreds of emails daily from seniors exasperated by the wanton gall of it all.

Yet this time Washington’s clowns and cretins may have overstepped. It’s my sense that seniors are “mad as hell and aren’t going to take it anymore.” And like an old bear who’d rather be left alone, 37-million American seniors are slowing rising off their haunches, stealing for an attack.

If there’s anyone left in Washington uncorrupted, compassionate, and moral, let him or her stand by us now.

We seniors may be the only ones around who still remember what democracy is all about. Come November, we plan to teach you all a lesson in government of, by, and especially, for the people.

The Alliance for Retired Americans says, “If Medicare were allowed to negotiate drug prices directly with the pharmaceutical industry, and if Medicare offered the drug benefit directly rather than private insurers, the combined savings would be more than $600 billion from 2006 to 2013.

Instead, the current structure of the 2003 Medicare Modernization Act will add more than $800 billion to the cost of prescription drugs over the next 10 years.” The Alliance urges Congress to enact legislation to improve the Medicare Part D Rx Drug Program for the 43 million Medicare beneficiaries.

Improvements should include the following: