Retirement Community: Not End of the World 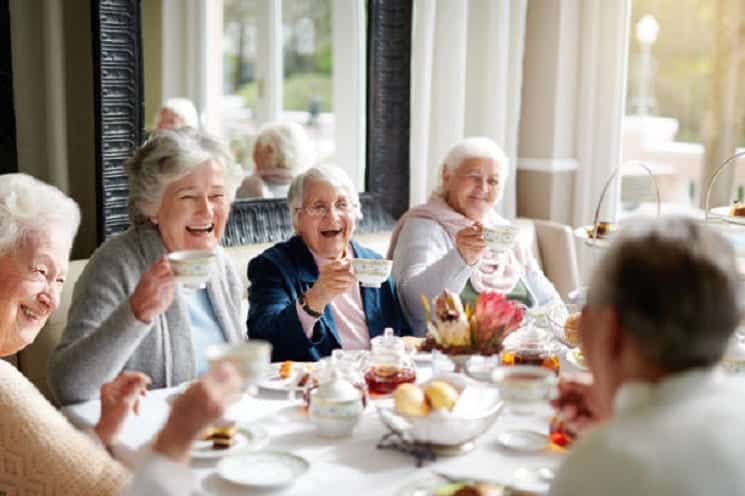 Can it be seven years now that I’ve lived On Top of The World? Wasn’t it just yesterday that I moved to this retirement community where a week consists of six Saturdays and a Sunday and tied shoes are considered formal attire? So go the jokes, anyway.

At the time, I wrote:

Eeeeeeeek! What have I done? The sign at the entrance to my new home says:

THIS PLACE IS FULL OF OLD PEOPLE!

Please say it ain’t so.

Did any of us ever dream that we’d ever be living in a place with 10,000 other geezers? A place where no one under 55 is even permitted?

A place from which no one expects to get out alive?

Seven years ago it never occurred to me that I’d even live this long! Yet here I am having the time of my life!

Back then, friends and children questioned our sanity when my wife and I moved from heady and hip Miami to Clearwater, “home of the newly wed and nearly dead.” According to the 2000 census, Clearwater is the undisputed senior-citizen capital of the world.

Worse, we moved to a retirement community, called of all things, “On Top of the World.”

Suddenly Trivia: What US city is No. 2 in residents 65 and older? a) Scottsdale, b) Cape Coral, c) Miami.

The story goes that one day the developer said, “If our residents are too poor or infirm to see the world, we’ll bring the world to them.” And so he did.

Fittingly, the entrance is a huge Arc de Old Codger, a grand gateway aspiring to be like those in Paris and New York. Drive through and you’re greeted by a huge globe of the world behind which is a long park clustered with Greek columns, statutes of assorted gods and goddesses, cherubs and cupids. It’s a green, green place with shady trees and expansive lawns everywhere.

The real coup d’coot are the 2- to 3-story condo buildings themselves. With names like Mandalay, Austrian Alpine, French Renaissance, and American Gothic, the facades reflect each specific travel theme. Look across the skyline and you see mosque towers, bizarre steeples, onion domes, cupolas, minarets, oriental arches, and Corinthian scrolls.

It’s a hoot! My wife and I live in Mid-Eastern Moorish, sans minarets.

We may be worldly, but here we speak only American. Compared with Miami, On Top of the World is whole white bread. Everyone speaks English. Few drive foreign cars. Folks here like four-door Buicks and Mercurys.

Retirement: It’s Not What You Think

We play pinochle and bridge, Uno and canasta. We line dance, sing, lawn bowl and wood carve. We golf. We shuffleboard. We swim, or should I say, we bob up and down as we dish in the pools.

We have organizations for every conceivable passion, from geographic to ethnic to political. Even a singles club where, I’m told, the women outnumber the men 25 to one. I wonder if these guys ever dreamed they’d find heaven on earth in retirement.

Each month, a 64-page newspaper puts it all together for us.

The financial nitty-gritty? Carolyn and I traded a condo assessment of around $1,000 a month for one a quarter that size and a real estate tax bill of $5,000 a year for one a tenth that expensive. Insurance is way less here, as is our general cost of living.

Many of my neighbors still work, at least part time. Some would rather work than golf; old habits die hard. But most find the abundant, albeit low-paying jobs in the area a blessing, a necessary supplement to Social Security.

Still others volunteer. We lend a hand at local hospice, churches, Meals on Wheels, wherever help is needed. Often we do jobs we only dreamed about before retiring.

And we laugh. Several times a month there’s affordable entertainment, often old comedians from the Borscht Belt who have found new life joking across Florida’s condos. Always corny, they’re our Las Vegas without the dirty parts.

Above all, we’re habitually polite.

Take last night. At a longer than usual break toward the end of a Herb Alpert sound-alike program, dozens of my fellow oldsters jumped to their feet and rushed – in an octogenarian sense – out toward the door.

Carolyn thought them rude. I think they simply all had to pee.