Get Presidential Greetings from Presidents 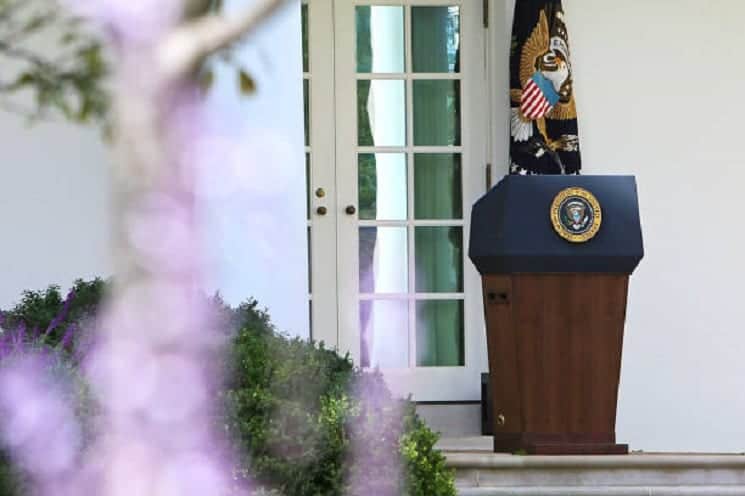 My crotchety Uncle Charlie was oddly jubilant the day I called to wish him a Happy 85th Birthday.

“You’ll never guess who I got a card from,” he gloated.

As it happened, I knew.

I had arranged for the president of the United States to send Charlie a personal birthday card. But I wasn’t about to spoil Charlie’s fun by telling him that I was responsible for his sudden burst of importance.

(At the end of this column, learn how you can have the President send your uncle, mom, wife, or dad a presidential birthday card. All past presidents send cards, too.)

Up until this birthday card from then-President Clinton, Charlie’s only claim to political fame was shaking hands once with a Florida Congressman who later was indicted for taking bribes. To Charlie, the guy was and would always be “Patriot of the Twentieth Century” – all because of a handshake.

In this day of celebrity and circus, we’re all susceptible to the wiles of the rich and famous.

My buddy, JC Spitznagel, once caught sight of Bing Crosby while dining at a Hollywood restaurant – saw him, mind you, never spoke to the singer, never got within 40 feet of him – and to this day, JC refers to the crooner as “my good buddy, Der Bingle.”

Before the card came, Aunt Rose pretty well ruled the roost. If Charlie wanted to be Charlie, he had to retreat to a small workshop in the garage where he could fart and belch and do any number of manly things.

While in the house, he was expected to be on his best behavior. Once, Rose locked Charlie in the bathroom, letting him out only after he promised never to smoke in the house unless they had guests who smoked.

Suddenly, a defiant Charlie stopped drying the dishes, wouldn’t take out the garbage, and even lit up a cigar after Sunday dinner of corned beef and cabbage.

In the living room!

To his astonished, red-faced wife, he explained, “The president smokes Cuban cigars. Consider yourself lucky I only smoke domestics.”

After 57 years of marriage, the president of the United States was coming between my aunt and uncle.

By the time Rose called me, Charlie was belching, farting, scratching unmentionables, and intentionally tracking mud in through the back door. It was only a matter of time, Rose feared, before he used the front door, muddying Rose’s precious white carpet.

“That card you sent will be the death of me,” Rose cried out. “If he were 20 years younger, he’d be out philandering and blaming it on his pal and soul mate, the president.”

With that, we hatched a plan that now has Charlie back in his place, his head still spinning in astonishment.

It happened that Rose had her 80th birthday coming up in six weeks.

For 57 agonizing days, she grinned and bore the humility and embarrassment of an even sillier and more full-of-himself husband. Rose’s 80th birthday began with a snide comment from Charlie about how he’d gotten a birthday card from the president. And she hadn’t.

But the Day Was Young

Rose made certain it was Charlie who picked up the mail that day. Sheepishly, and without comment, he placed Rose’s mail on the dining room table. Right there on top was a personal birthday card from Clinton. Then one from ex-president George Bush. There were personal birthday greetings, too, from Ronald Reagan, Jimmy Carter, and Gerald Ford.

Charlie silently withdrew to the garage, never again to smoke, belch or fart in Rose’s house.

Include the full name(s), address and title (Miss, Mrs., Ms., Mr.) of the recipient, plus the date and event being celebrated. Also, include your full name and phone number in case there are any questions.

The White House Greetings Office will honor citizens with special presidential greetings and acknowledgments for 80th and subsequent birthdays, 50th and subsequent anniversaries, the birth of a child, Eagle Scout or Girl Scout Gold awards, weddings, bar mitzvahs, and it will send sympathy cards for a death.

Requests should be sent at least six weeks before the event.

The hand-addressed greeting will be mailed one week before the event. More details can be found on the White House website

Here are the addresses to request greetings from presidents:

Learn which Presidents respond and which don’t: Will They Respond?