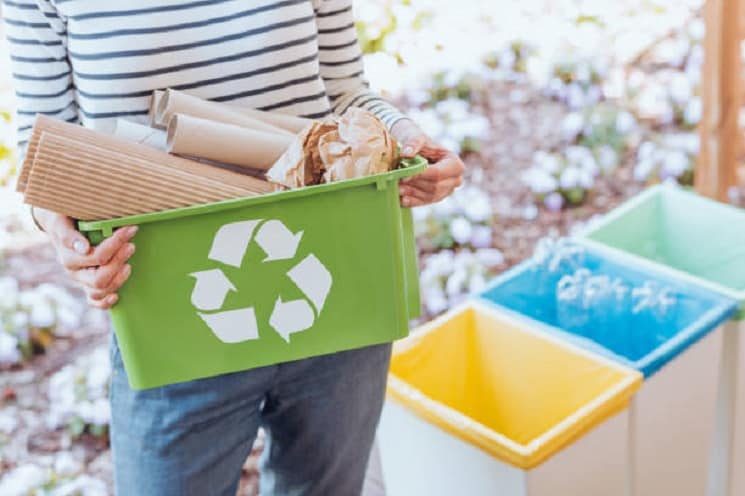 When I say recycling is a thing of the past, I mean it, but not in the way you think. Modern generations often blame us boomers for not being greener and eco-friendly. Take a look at how we lived back in the good ol’ days. You’ll quickly realize that we recycled and upcycled even before it became a trend.

There is a story going around the Internet about the “Green Thing” and the Good Ol’ Days that I would like to replay and respond to, adding a few photos to illustrate some of my points. This is the truth about how this green thing got started.

The original story is in quotes, my replies are in italics:

“In the line at the store, the cashier told an older woman that she should bring her own grocery bags because plastic bags weren’t good for the environment.”

“The woman apologized to her and explained, ‘We didn’t have the green thing back in my day.’ ”

“The clerk responded, ‘That’s our problem today. Your generation did not care enough to save our environment.'”

Waste Not Want Not

Maybe we didn’t have the “Green Thing” in our day, but caring for the environment was partially taken care of by attitude. We used no more of the resources available than were necessary for rudimentary living. We didn’t clog the streets with our unsorted garbage. Food scraps went to feed livestock. Metals were often melted and poured into new, usable forms. Some were heated and hammered into entirely new objects by our neighborhood blacksmith. What was left over went to the local “dump” where it was picked through. It was put back to immediate use whenever it fitted a need. 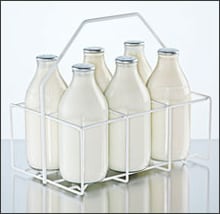 “Back then, we returned milk bottles, soda bottles, and beer bottles to the store. The store sent them back to the plant to be washed and sterilized and refilled, so it could use the same bottles over and over. So they really were recycled.”

In addition, we had a supply of jars at home into which we sealed each year’s garden produce for use the following year. It wasn’t called “recycling” in our day. It was just our way of living and limiting our demands on, and expense of, new resources.

“We walked upstairs because we didn’t have an escalator in every store and office building. We walked to the grocery store. Furthermore, we didn’t climb into a 300-horsepower machine every time we had to go two blocks.” 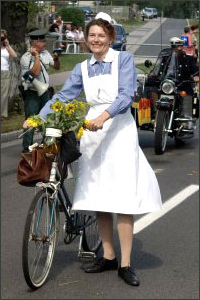 We couldn’t afford it although some of us might have become more addicted to motorized transportation if we could have. On the other hand, we learned to enjoy the quiet moments that could be stolen while walking whether by ourselves or with a person of whom we were fond.

“Back then, we washed the baby’s diapers because we didn’t have the throw-away kind. We dried clothes on a line, not in an energy-gobbling machine burning up 220 volts. Wind and solar power really did dry the clothes. Kids got hand-me-down clothes from their brothers or sisters, not always brand-new clothing.”

And we looked forward to those hand-me-downs at Christmas and other times of celebration. Diapers soaking in a bucket and hanging on the line were a source of pride. It meant we had added one more member to our family. 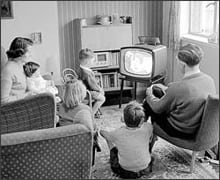 Nothing can ever replace Fibber McGhee and Molly or The Green Hornet crackling through the table set in the dining nook after dinner. Our imaginations filled in the pictures that television would attempt to deliver later. TV pictures have never matched those conjured up in our heads as we listened to our favorite radio programs.

“In the kitchen, we blended and stirred by hand because we didn’t have electric machines to do everything for us.”

Some of us who like old-fashioned home cooking still do.

“When we packaged a fragile item to send in the mail, we used a wadded up old newspaper to cushion it, not Styrofoam or plastic bubble wrap.”

We sent a few packages. Most of them were delivered by hand because they went to those nearest to us. Occasionally we would take a box to the Post Office for mailing. We’d spread our coins out on the counter to pay for it.

“Back then, we didn’t fire up an engine and burn gasoline just to cut the lawn. We used a push mower that ran on human power. We exercised by working; so we didn’t need to go to a health club to run on treadmills that operated on electricity.” 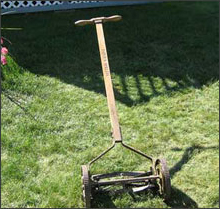 Talk about “Green.” By the time I got to high school, I had mowed enough green grass to clean yards, make hay, or fill silos to last a hundred lifetimes. But I was in good physical shape!

“We drank from a fountain when we were thirsty instead of using a cup or a plastic bottle every time we had a drink of water.”

Or the water hose, or from the pump on the well down by the sheep barn. It was good, cool water from the ground. It probably built up more immunities to more diseases so that our bodies rarely got attacked by some unseen bug.

Put a Touch of Class into Your Retirement

“We refilled writing pens with ink instead of buying a new pen, and we replaced the razor blades in a razor instead of throwing away the whole razor just because the blade got dull.”

Nothing has ever replaced the No. 2 lead pencil! Those who were really talented stropped their straight razors and never replaced them. There was no cleaner, refreshing shave to be had

“Back then, people took the streetcar or a bus and kids rode their bikes to school or walked instead of turning their moms into a 24-hour taxi service.” 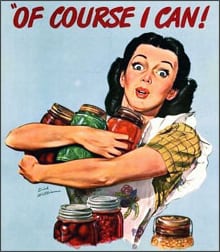 Mom didn’t have the time to haul us around and Dad usually had the only car in the family at work. Mom was too busy washing the diapers, canning the fruits and vegetables, and stirring up the great home-cooked meals to be bothered with hauling us anywhere. If we wanted to go somewhere it was up to us to figure out a way to get there.

“We had one electrical outlet in a room, not an entire bank of sockets to power a dozen appliances. And we didn’t need a computerized gadget to receive a signal beamed from satellites 2,000 miles out in space in order to find the nearest pizza joint.”

Pizza was not a meal. It was an occasional treat when you were in a town that had a pizza parlor. Homemade ice cream and fresh fruits were much bigger and better treats day in and day out.

“… isn’t it sad the current generation laments how wasteful we old folks were just because we didn’t have the green thing back then?” 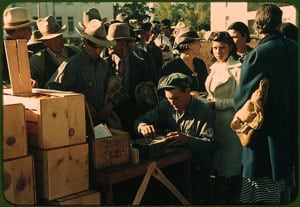 Age seems to have a tendency to blur our vision of the past and make us look at present conditions as if they were something new and bright. Most of our photographs in the old days of the mid-20th Century were in black and white. They were often somewhat out of focus. We have a tendency to think of our past days as existing in a dozen shades of grey.

But they didn’t. A look at some of the old color photos from the 1940s that can be found in the national archives shows us that the good old days were just as colorful and fully in focus as of today. 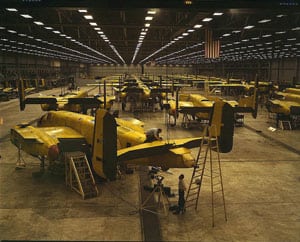 War and tough economic times, and even the recovery from them, was just as green as of today’s world, if not more.

If there was any problem we created, it was that we kept filling up those diaper pails and bringing more people into this world. It was at a rate that sometimes challenges the available resources to support those who inhabit this planet.

The “Green Thing” the current generation supposedly laments about has always been with us. Our old school habits are nothing if not green. We pride ourselves in having reduced, reused, and recycled everything we could, from milk bottles to diapers. True, we might have done it to lower costs and be more efficient, but the payoff was the same. The need to put it to good use has only been compounded by our ever-growing populations.

Unbeknownst to us, we created the “green thing” everyone talks about nowadays and it is our duty to keep it alive. A little refocusing on where we came from and how we lived and passing those life experiences on to those generations that follow us could go a long way.