My Face: Droopy, Floppy, and Slack 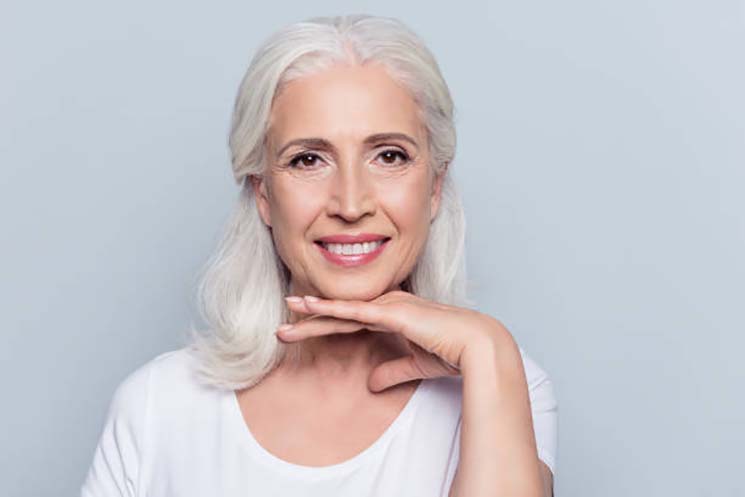 Last night I made a mistake of epic proportions and took a good look at my face in an unflattering mirror. It’s bad enough as we grow older to look at ourselves in a mirror that minimizes the ravages of age. But you can’t always find one completely fogged over. So I decided to be brave. After all, I’ve made it to 72 without stabbing a loved one and I don’t yet have to shop for clothes hanging from the plus-size racks.

What this mirror reflected looked more along the lines of a geological survey. It turns out my cheeks are slipping down off my face. (And gravity is considered a weak force.) How did I not know this before? About the sagging, not the weak force. I don’t know is my caustic reply. In a flattering mirror, we see what we want to see. I just happened upon a mirror Dorian Gray would be familiar with.

So what if my face is sagging? It happens to everyone. Except now I have jowls one can grab onto. And scratch, like dogs’ ears. I estimate by next year at this time my cheeks will have sunk halfway to the floor. In a couple more years my cheeks will be dragging along behind me.

Then there are my eyes, which may be the smallest eyes on planet Earth—perhaps planets in other galaxies are inhabited by intelligent beings with eyes smaller than mine. Beady eyes, they’d have to be, of the color murky. Murky, I tell you. It’s what you get when a mom with blue-green eyes speckled with red marries a dad with brown eyes, and the offspring don’t inherit eye color from one or the other but ends up with a blending of both. What else I discovered examining my face in that stupid mirror is that my eyelids have slipped down like broken window blinds, almost covering my teeny-tiny irises. So now my eyes are mere slits, the size of sliced almonds.

What I have under my eyes used to be just dark circles—think black magic marker smudges under each eye, which no concealer has yet been invented to hide. Perhaps on Planet Beady Eye, they’ve discovered a cosmetic that really conceals and looks natural if not actually fetching. We should increase our space program budget for the following reason alone: the attainment of superior cosmetics.

However, I now no longer sport just dark circles. I’ve graduated to bags—think a sugar bag under each eye. No, not little sugar packets like you find at the 7-Eleven. Bags that can flap like the wings of a pelican.

Then there’s the so-called frown line on my forehead, rising toward my hairline from my left eyebrow. It used to be just a little groove that maybe ants could have marched through. Tiny ants are hard to see. Actually, impossible to see if you’re far-sighted like me. Or the mirror is fogged over. Or I’ve “forgotten” to switch on the bathroom light. Now the groove is deep. If you’re thinking wide enough to fit a tractor-trailer, you’re getting warm. Now picture the tractor-trailer on a three-lane highway, driving abreast with an earthmover and a Greyhound bus. If you prefer nautical imagery, think the newly widened Panama Canal that now accommodates vessels holding nine thousand containers.

And right in the middle of this carnage sits a tiny, turned-up nose. Not a ski-jump nose like Richard Nixon’s, but what used to be a girlish nose imposed on a smallish face. No way this nose can now balance out the pelican wings, the bags of sugar, and the Panama Canal. It sits alone unable to anchor the rest of my face. It’s like a tiny prow on an outsized ship. It’s cartoonish.

Then there’s my complexion. My face is covered with small island nations of brown spots caused by sun damage. Picture a map of Indonesia, the Philippines, and Papua New Guinea. The oceans are the color my skin should be and the islands—all 25+ thousand of them—are spattered across my face in varying shades of brown. And the cute little dimple I used to have to the left of my chin— it’s been assimilated by the comma grooves that bracket my droopy mouth. And don’t get me started on the wattle that flaps under my chin like a loose sail in a typhoon.

To add insult to injury, my complexion still breaks out. How can this be happening? How can I have zits and pesky goatee-inspired chin hairs (which my farsightedness prevents me from seeing without an industrial strength magnification mirror)? My skin is still somewhat oily, which should be a good thing now that I’m in my seventh decade. It’s true I don’t have a lot of wrinkles. But I’d trade wrinkles any day for the sagging, bagging, pore-clogging, chin-hair-sprouting skin I have now.

At least I have good hair. The curly hair I hated as a teenager is now in fashion and my hairstyle preparation amounts to wash and wear—a far cry from the soup can–size rollers from way back when. When Droopy, Floppy, and Slack could only be names from a children’s tale, not descriptors of a face.