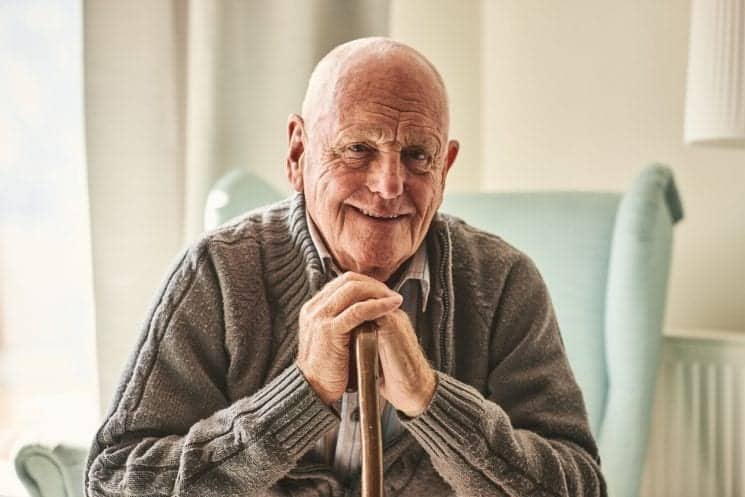 I was at the VA getting a hearing aid repaired and the medical technician said, “I see you made 82 recently.” I acknowledged I had and asked her, “Does that make me old?”

“Not necessarily,” she replied with a smile.

Views on Aging: You Only Get Better

I thought about that remark as I drove home. Both ears were back in tune and I began to wonder just when it is that we get old. “Old” has a lot of definitions. Some are less-than-desirable synonyms like “ancient, venerable, antique, antiquated, archaic and obsolete”. None of which I feel really describe me.

“Old” in itself is an old word deriving the Old English word “ald”. It came from the German word “alt”. The German word dates all the way back to the Latin “alere” which means “nourish”.

I can buy that. If you look at me today I am certainly well nourished.

A dozen or so of us have a “Saturday Night Prayer Meeting” where we each put $10 in the kitty. We play a little Texas Hold-em praying that the cards will fall our way. I am the oldest of the group by six months or so.

Almost all of the men and women in this diversified group who play are veterans. They have served their country in both cold and hot wars over the last 60-plus years. None regret their service. Some of the tales that get told around that table definitely prove that among the older set, voluntary military service is treated as an honor and a privilege.

I am definitely from the Silent Generation but we had a few subdivisions within it that more closely defined some of us. Most particularly was the “Beat Generation” that grew out of Jack Kerouac’s “On the Road” in the late 1950s. That sent a lot of us off on a quest to see many corners of the world less experienced by our older peers. Generationally, though, we remained a part of the Silent Generation.

We don’t produce enough children in our own culture to sustain the existing social safety nets we have. The only way to keep things rolling along is to allow immigration and naturalization to add enough people to our culture to keep it alive. Diversification has become a necessary way of life in America. It will continue to grow as we meet the needs of our aging population.

Does this bother me? Not particularly. The gallon of gas I paid 30 cents for in 1958 when adjusted for inflation would cost $2.60 per gallon in today’s dollars. We’re pretty well right on that number now so not much has changed in the cost of living over all those years.

The Yale School of Public Health did some research a few years back into how one’s brain holds up against Alzheimer’s disease. They discovered that people who believed negative stereotypes about old age had a higher risk of Alzheimer’s.

While I may forget why I walked into a room now and then, I have not yet crossed the line into dementia. I maintain a positive attitude about aging simply because for me there is no other way to go.

I have no fear of aging. Although, I have yet to discover just when we get “old”. I just get up every morning, say “Thanks” to God for giving me another day, and play whatever hand is dealt me to the best of my ability. Life is good!