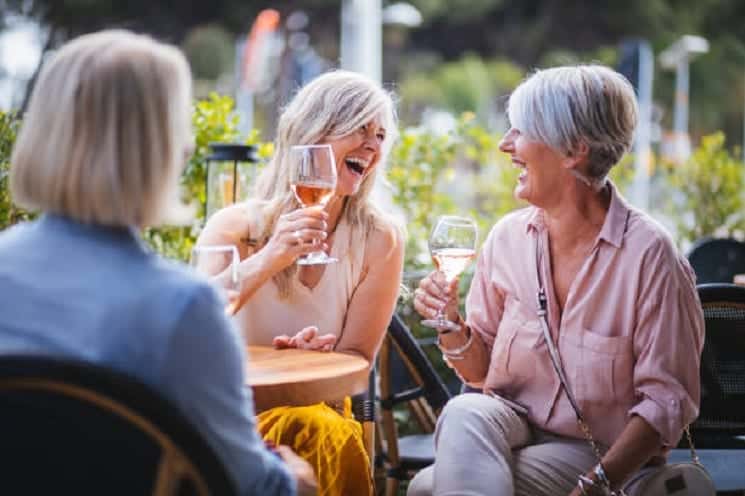 Countless euphemisms have been penned about geezerdom, such as “strolling into the sunset of life,” but anyone who regards aging as the most fun you can have without giggling with glee needs a brain scan (to prove that they still have one).

I saw the great actor Hume Cronyn, then in his eighties, interviewed on television by one of those showbiz sycophants who was obviously in search of a flowery quote about the rewards of maturity when she asked him, “How do you feel about growing older, Mr. Cronyn.” Replied he, with an ominous snarl: “I despise it.”

Bully for you, Hume! Of and by itself, elderliness (yeah, there is such a word – trust me), to borrow a grandchilderly (no, there ain’t) term, sucks big-time. Sans the rose-colored glasses through which it is viewed by poetic pollyannas, and despite the wealth of dark humor it inspires, the process is an annoying and inexorable march toward the junkyard of life.

Worse yet, the cadence of that march tends to increase as time goes on; as one irreverent wag put it, “life is like a roll of toilet paper – the closer you get to the end, the faster it goes.”

One option is to sit on one’s assets, diminished though they be, and – between rounds of golf and/or bingo bashes – as Shakespeare moaned: “with old woes new wail my dear time’s waste.” This is the swamp into which people fall who retire from an active life with no more palpable goal than “just getting out of the rat race,” failing to realize that they’re simultaneously retreating from the human race as well. You’ll find them in rocking chairs, on park benches and gawking at boob tubes all over the world.

Another choice is to make use of the time and talent still available to them, although both be reduced in quantity and quality.

It was during their “sunset strolls” that Michelangelo, at 88, was designing the monumental dome of Saint Peter’s Basilica; Stradivarius, in his nineties, produced two of his most famous violins; and Verdi, when an octogenarian, composed the opera “Falstaff.”

Ready for more? Mary Baker Eddy founded the Christian Science Monitor at 87; Frank Lloyd Wright was 91 when he designed the Guggenheim Museum in NYC; business guru Peter Drucker wrote “Management Challenges For The 21st Century” when he was 89; George Burns was still delighting audiences well into his nineties; Impresario George Abbott, after passing the century mark, was still advising the latest crop of theatrical entrepreneurs; and Dr. Seuss was 82 years young when he penned “You’re Only Old Once.”

More to the point of this column and more pertinent to its readers, although a bit less spectacular than the gray and graying eminences cited above are the hoary hordes of volunteers who man and woman the battlements of social services, work part-time to supplement their retirement incomes, tend grandchildren for their working begats, monitor the disservices of public servants, crank out letters to the editor, and otherwise contribute to the betterment of personkind.

I’m young enough, at 75, to be the child of some volunteers I’ve seen in hospital and church environments, often performing chores for which, arguably, minimum wages would be a gross overpayment. They are, however, making a difference, both in the causes they served and their own lives.

Therein lies the key to living not only TO a ripe old age (which some of the most miserable and useless specimens of humanity have accomplished), but living AT one – the self-administered blessing of those who have found, or rediscovered, a purpose for their lives.

Of all the misfortunes that can possibly befall anyone, none is more deadly than purposelessness – not having something meaningful and rewarding to do during one’s waking hours.

And there is none reading these words, including the artifact writing them, who can’t find a need and fill it, using no more than the abilities and opportunities at hand.

Aging is one of the many happenstances over which we humans have absolutely no control, but – as with all happenstances – we have absolute control over how we play (or don’t play) the cards dealt to us by the fickle fingers of fate.

While recognizing that we can’t dwell in Camelot, we can always make our lives better than they are. Or we can choose this as our epitaph: How sad that he died at sixty-five, with much of his life’s work undone.

But sadder still that he hung around, to be buried at ninety-one.