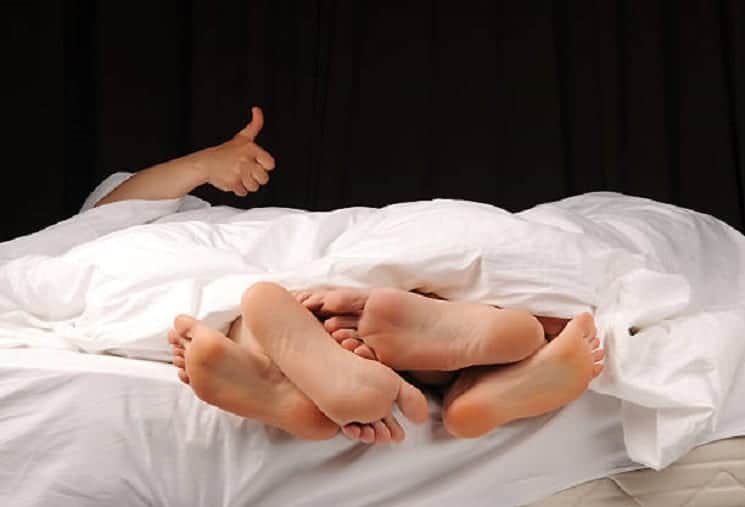 Used to be, by age 60, seniors were expected to hang it up, start acting their age, and prepare for the solemn business of departing this world.

No more. What with Viagra, Levitra and all the other Ra-Ra’s now available, even nonagenarians are behaving much like hormone-crazed teenagers, blithely ignoring both old-fashioned shame and open-mouthed stares.

Consider this story out of London:

Seems that a bunch of old goats, ranging in age from 73 to 98, schemed a secret sex party to celebrate the 90th birthday of one of the “girls.”

As a British newspaper reported, “The let-it-all-hang-out party took place just after midnight on October 28. The three wrinkly Romeos and six sagging seductresses gathered together in the rec room and stripped to the buff.”

“They hadn’t got too far,” a staffer was reported to say. “I guess it was taking some of the gents a while to started. But they were all naked. Believe me, it was the scariest thing I’ve ever seen.”

Well, get used to it!

Gramps and grannies have been doing the wild thing since Adam and Eve were deep into their Golden Years. That old leech Methuselah was 187 years old when he fathered Lamech. And that was long before either Viagra or the Internet.

According to a recent Janus Report, “Seventy-four percent of women age 65 and older engaged weekly in sexual activity compared with 68 percent of women ages 18 to 26. And get this: Four of 10 old biddies claim they’d like to have sex even more often.

Wow! Kind of makes you regret that you wasted all those years being young, doesn’t it?

But here’s the dirty little secret: What older women want, men can’t deliver! At least that’s what the experts at SeniorSite believe. A global survey of 27,780 aged 40 to 80 from 30 countries found aging women become sexually dysfunctional at half the rate of men.

But isn’t that why God created Viagra?

And, yes, coffee. The Archives of Internal Medicine tells us that drinking a cup of Joe translates into “a higher rate of sexual activity in elderly women and a decreased prevalence of impotency among elderly men.” No one knows why. Some speculate that the brew promotes more liberal behavior, but if that were true, Democrats would now occupy the White House.

Even if it’s only because it keeps you awake longer, have a cup of java tonight before turning in with your creaky better half. May be just what you need to get a leg up on the situation. Remember, though, if you encounter an erection lasting four hours or more, don’t blame me.