What Older Women Want in a Man: Be Prepared to Laugh Hard 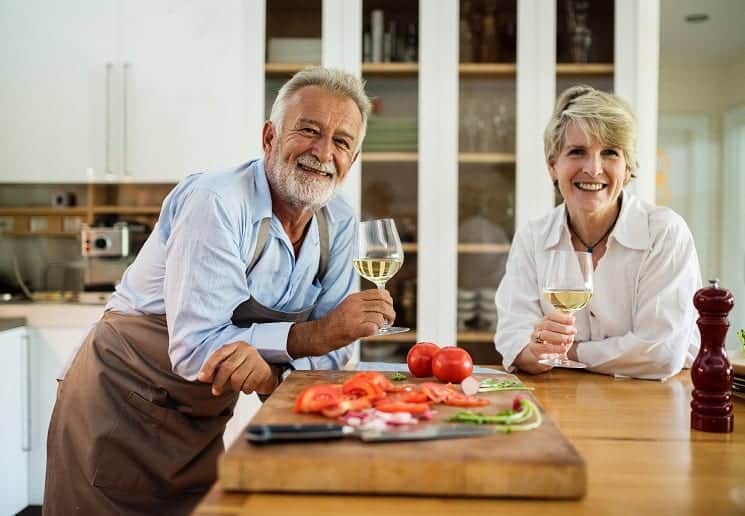 Recently, I asked Suddenly Senior readers if women’s standards with men decrease as they age. The questionnaire is in the form of a joke…

When I’m an Old Lady

To my surprise, many women readers agreed, however reluctantly.

Typical was Barb at hotmail.com who said, “Some older women don’t wish to be alone. A warm body, breathing, is better for them than none at all.”

As Beatrice L. of Long Beach pointed out, “Let’s face it, men don’t have much to offer anyway. They’re about as necessary as bicycles to fish. Isn’t that what Gloria Steinem said? I’m Old-fashioned. Love and occasional sex are what do it for me.”

Said reader, Linda Sisk, “Standards do not decrease. Expectations change as a woman (or man) becomes more confident in who they are. My list: Honesty – not a game player.

Mutual respect – doesn’t measure me as “a woman,” therefore unworthy. Trusts me to take care of myself. Supports my personal choices. These have not changed over the years.

But my ability to express and hold to them for the mutual good has. Such standards create a foundation that does not collapse with age.”

Mary at aol.com agreed, putting it this way: “When we finally reach some maturity, our priorities change.

With a new sense of self, we become more realistic, maybe about what is really important. For me, caring and sharing are most important.”

Mimi in New York said, “You don’t have to be male or female to want to be heard and understood that’s what we all want.”

A wonderful lady in Arizona wrote, “Speaking as a single woman, I don’t think our standards ever really change.

But as we get older the market gets smaller and the flaws become more noticeable. It becomes a value judgment as to what we are willing to adjust to.”

Barbara C. of Portland summed up for the majority, responding: “I think I’m now a little more discerning about the quality of the company I keep.

One thing I know for sure is that I enjoy my own company.

If I’m going to invite a man into my life, his presence had better be at least as interesting and enjoyable as my own company, or why waste the time?

Life is too short to put up with disagreeable companions.”

To close, I offer one man’s view of the question.

“Your quiz about what women want
Will always be mute, or passé,
You see ANY list, if true right now
Will change from day to day.

“They aren’t about to codify
The things they want in men
Because some of us would ‘learn the code’
Know what to do . . . and when.

“And God forbid it came to that
We actually do what they wish.
They wouldn’t be able to complain at all
Life could be as smooth as ‘cream in a dish’.

So don’t expect to find results
That draws conclusions on married life.
Where would be the ‘fun’ of it
If a man could actually please his wife?”