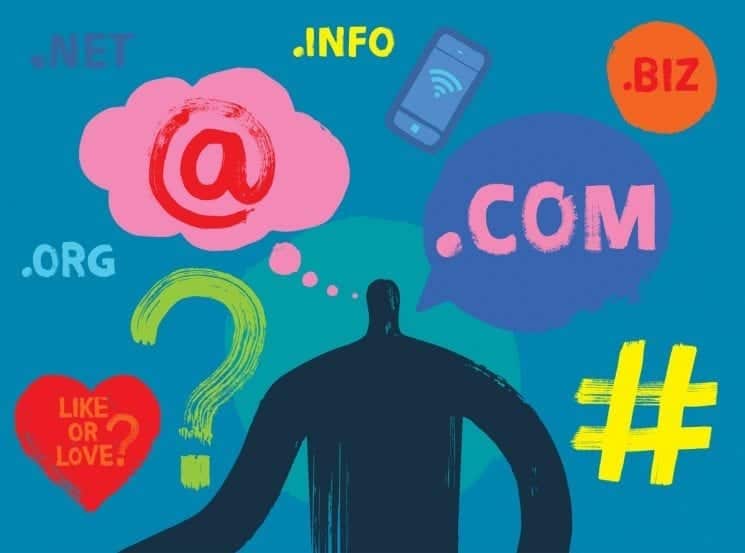 Where are most web designers going wrong? They’re not respecting their elders.

Websites most often aren’t designed with older adults in mind. It’s an oversight that can be costly to businesses online as the population ages and as more seniors discover the Internet. Usability studies suggest many sites need to be more accessible for older people just beginning to learn about computers. Many of those are suffering from age-related eyesight, memory and movement problems.

A growing number of websites — mainly those specifically offering products and services to older users — are starting to catch on. “Everything seems to be revolving around the boomers aging so that there is more awareness of making websites a little friendlier towards seniors from a design perspective,” says Amy Lee. Amy is the director of customer web experience at AARP Services Inc. It’s a unit of the Washington-based AARP, a group that represents the interests of older Americans.

Those that haven’t caught on could be missing a major opportunity. The number of adults online age 65 and over in the U.S. grew to 11.1 million in July. That’s up 23% from a year earlier, according to Nielsen/NetRatings, a New York-based unit of research and consulting firm NetRatings Inc. That makes seniors the fastest-growing age group online.

As these older adults move onto the web, many report that maneuvering online can be intimidating. Take George McKinney, a 73-year-old retired structural engineer in San Diego who uses the Internet to research stocks. He often shuts down his computer in frustration. For example, when he enters a stock symbol and gets an error message that doesn’t tell him exactly what he did wrong, he gives up.

“I’m not a great typer,” says Mr. McKinney. “I pick finger by finger, and sometimes I do the wrong thing and something else comes up, and I don’t know what the heck is going on.”

Mr. McKinney’s online experience is common among older adults. “They can often be stumped by even the smallest problem,” says Jakob Nielsen, a co-founder of Nielsen Norman Group in Fremont, Calif., a consulting firm that specializes in optimizing the user experience on the Internet.

Adults age 65 and over are the fastest-growing age group online in the U.S. Here are the top 10 guidelines from the Nielsen Norman Group consulting firm for making websites easier for older users.

Mr. Nielsen has used a series of tests to measure how users age 65 and over-performed four web tasks compared with younger users. These include finding the average temperature in Dallas in January and buying a Janet Jackson album. He found that younger users were able to perform tasks more successfully, quicker and with fewer errors. Other studies, including ones by Fidelity Investments that measured how users completed tasks on a prototype version of a retirement-benefits website, have produced similar findings.

Why? Many older adults pick up the Internet later in life, not having had the chance to grow accustomed to it at school or work. They are learning its terms and concepts from scratch. For example, the AARP noticed in usability studies it conducted that a few participants expected the “sitemap” to show the geographic location of AARP offices.

Older web users “don’t have a good mental model of all things computers,” Mr. Nielsen says. Several older people in his studies didn’t differentiate clearly between a website’s search box and a browser’s address bar. Others ran into trouble when they put parentheses around telephone numbers in forms or didn’t understand web terms like URL.

You’re Never Too Old to Surf the Internet

Fidelity noticed older users were more cautious in everything they did on the web. They’re often pondering the pros and cons of clicking links and reading all available information. Tom Tullis, senior vice president of human interface design at Boston-based Fidelity Investments, attributes such behavior to the fact that older adults grew up in a much more mechanical world, where if you made a mistake, you couldn’t backtrack. “My favorite example is there is no back button to the taste of your toast,” he says. “If you burn your toast, it’s burnt.”

Mr. Nielsen also noticed that the elderly have a tendency to fully read information that younger users might skip over. Seniors will often read longer information like purchasing terms and license agreements. One participant in his study, he points out, wouldn’t approve a disclaimer for an investing site. Therefore, he couldn’t progress to the site’s useful tools. Pop-ups and error messages especially tend to make older people nervous thus “often will just completely destroy their ability to use the site.”

On top of that, many seniors have poor eyesight, memory problems, hand tremors or other age-related disorders. For example, blindness or poor vision affects 3.3 million Americans age 40 and above, according to the National Institutes of Health. In contrast, many web designers are much younger. Without the firsthand experience of such problems, they don’t take them into account when programming.

Mr. Nielsen has crafted a list of 46 guidelines for web designers, based on his usability studies. The general principle “is to be more forgiving,” he says.

Some of the guidelines suggest ways designers can take into account seniors’ unfamiliarity with the web. For example, Mr. Nielsen suggests that websites more clearly label where to search, and have forms that accommodate alternate ways of entering information. They should also avoid Internet jargon and present error information in a clear, non-threatening way, he says.

Some of his other guidelines point out how designers can accommodate seniors’ physical problems. For example, he suggests sites use at least 12-point text that can be enlarged by the user. (Nine-point and 10-point type are the most common sizes online, he says.) He also suggests using sharply contrasting colors and making links large so they are easily clickable. Try avoiding features that can be hard to use with shaky hands, such as drop-down menus.

To help older people who may have problems remembering where they are on a site, he recommends changing the color of visited links and providing a link to the site’s homepage on all its pages.

Fidelity’s suggestions for elderly-friendly web design include reducing the amount of text on each page. Try using concise instructions, links that clearly explain what happens when you click, and larger, adjustable text size. Fidelity also found that incorporating such changes helps both younger and older users. Others, including Mr. Nielsen, say their guidelines, too, are universally helpful.

Design advice also is available from the National Institute on Aging and the National Library of Medicine, which together have established a checklist of 25 design guidelines for websites targeting users 60 and older. In October of last year, these two divisions of the Bethesda, Md.-based National Institutes of Health launched a site, https://www.nia.nih.gov/health, that could serve as a model for web designers. For example, the site, which covers health topics specific to older people, uses large print. It has a button that enables the user to further enlarge the text. It provides step-by-step navigation instructions and presents information in short, easily readable segments.

Those designing websites for older adults also can share information on an AARP site called “Older Wiser Wired”. It also provides research and tips from the association and others on the subject.

As awareness of the issue grows, a number of sites have started to incorporate such recommendations into their design. This is especially true for those that provide services or products for the elderly.

Among senior-specific sites, the AARP itself is in the middle of a site redesign. It’s set to be completed next year, based partly on usability studies it conducted last year. The association plans to make its homepage less cluttered. It’s reducing the number of subject offerings in the center of the page and adding more white space. It found its current design overwhelms older users, the AARP’s Ms. Lee says. These changes will build on other elderly-friendly features the site already has incorporated. This includes adjustable text size and a mostly black font on a white background.

Similarly, San Francisco nonprofit SeniorNet, which teaches older adults about computers, has tried to make its site (www.SeniorNet.org) more usable for visitors, and the Medicare.gov site run by the Centers for Medicare and Medicaid Services incorporates several of the common guidelines for senior usability.

Beyond such strictly elderly-focused sites, some drug companies are making their online offerings more accessible to older users. They’re recognizing they have an extensive senior customer base.  Looking up health or medical information is tied with product research as the second-most-popular online activity of seniors, after e-mailing.

New York-based Pfizer Inc., which says the greatest number of users of its products are elderly. It recently developed guidelines to make its websites more usable for everyone, including older people. It began sharing them with its product teams and design agencies last month. Several Pfizer sites specifically geared toward older people already incorporate some of the senior-friendly features. The site for Xalatan, a glaucoma treatment, is a good example.

A number of financial sites are also at the forefront of senior-focused design. Fidelity Investments is one of the financial firms leading the efforts. “We wanted to try to position ourselves to be the company these people turn to. We thought one of the things we needed to do was to make sure we were doing whatever we can in the design of our websites to make it easy for older folks,” Mr. Tullis says. San Francisco-based Charles Schwab Corp. also has incorporated usability features for seniors on its site, Schwab.com.

In the broader e-commerce market, though, features designed to make a site easier for seniors to use remain uncommon. It isn’t only web surfers who are missing out. “I think in general it’s still this issue that really has been ignored,” Mr. Nielsen says. “Companies are losing out by not catering to these customers.”