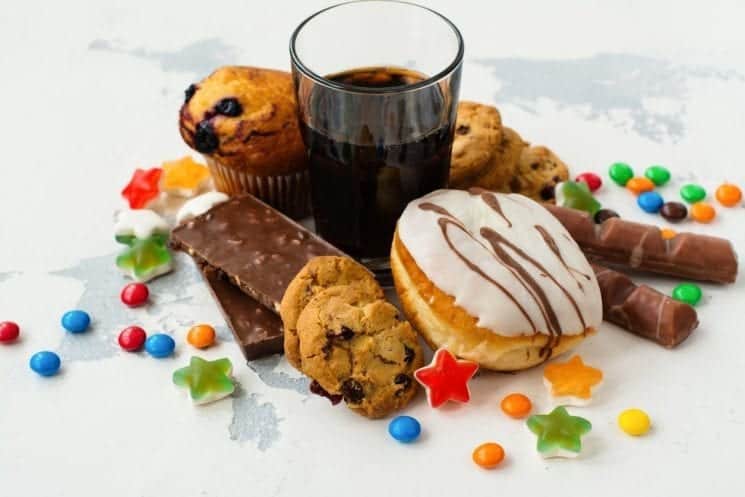 The American Academy of Pediatrics of “learned” physicians have endorsed the concept that children as young as eight should be treated with statin (Lipitor and etc) drugs to save their lives from heart attacks. They never mentioned anything about a poor high sugar diet. This is a perfect example of the medical mindset that downplays the need to change the nutritional habits of children but looks for a convenient treatment solution that negatively impacts the healthy liver of children as the way of saving the child from early heart disease. A real catch 22. The Academy should be demanding that the FDA & US Agricultural rules and regulations be updated to change the poor nutrition that has become the norm in the US.

The real challenge is to reverse the food intake problems of our children that cause the obesity crisis. The crisis is not solved by taking drugs, but by reversing the real causes from a high sugar diet.

The second event occurred, the day before my birthday which helped me focus on the real issue of obesity and bad nutrition in the United States. My wife and I enjoyed a visit and dinner with good friends who earn their living selling pastry and dessert products on behalf of bakery manufacturers to food retailers. I ask if they sold Whole Food. The answer was no since this food retailer doesn’t like some of the ingredients that the 25 or so manufacturers that they represent put into their product. The problem goes far beyond just pastry products.

The third event was at the Chicago Tribune on my birthday, July 14th. had a full-page advertisement in the first section paid by the “Corn Refiners Association”. I am sure this full-page ad ran in all major papers around the country. The total advertising bill could easily have been in the millions of dollars for the association. This is the verbatim words in the ad:

A little sweetness in life is good.
And what sweetens lots of our favorite foods and beverages are sugars made from corn, including high fructose corn syrup. It has the same calories and sweetness as table sugar and honey. Nutritionally, they’re all the same. But like many foods, sweeteners should be enjoyed in moderation.
You’re in for a sweet surprise!

It is a masterful wordsmith spin on the root cause of the obesity problem in the US.

The cost of high fructose corn syrup to the food manufacturer is less than cane sugar, even though the Department of Agriculture subsidies the cost of cane sugar. In turn, most food manufacturers use high fructose corn syrup or similar corn sugars instead of cane sugar in their products, because it is cheaper. Not that it is more nutritious or safer and healthier for the American public. It’s all about money and maximizing the profitability of the food manufacturer. In reality, most of our manufactured food products are over-sweetened. It goes way beyond pastry and dessert products. If you’ve sampled European pastry products you know what I mean.

The statement that “Nutritionally, they’re all the same” is a false statement. Not in regards to sweetness or nutrition, but in regards to how the body processes the sweetener and its impact on the biological processes of the human body.

Many decades ago, the cattle farmers learned that corn combined with hormone injections was the best feed for fattening cattle. They used it in the feedlots before slaughter so that they maximized the price they got for the meat. Corn has the ability to prevent a protein hormone called “leptin” from shutting off the animal’s desire to eat. Consequently, they gain lots of weight while standing in their wastes that become a rich source of disease.

This same concept works in human beings. The real problem is that soft drinks, candy, condiments, desserts, and 1000’s of other products all have liquid corn syrup as an ingredient. The crux of the problem is that too many food products have liquid corn syrup in them. It’s the “cumulative” effect that has created the problem of obesity in this country. It’s not unique to our children, but to the adult population as well. It also drives the diabetic crisis that consumes somewhere around 200 billion dollars of our Healthcare costs.

The Corn producer advertisement is encouraging moderation. That means reading labels and saying no to the children and ourselves at times.

Dr. Robert Lustig has got it right. The American Academy of Pediatrics is downplaying the real causes. It instead has opted to embrace more drug treatment for our children, rather than encourage healthier nutrition. Shame on them.

The corn industry is a powerful lobby that is starting to exercise their power by spinning the truth about high fructose corn syrup products to maintain their dominance in our food supply. If you want to learn the truth about the facts about corn sugars go to The Murky World of High-Fructose Corn Syrup

The US Big Agri global corn purveyors are controlling the cost of planting corn through Genetically Modified seeds around the world. Our energy policy encouraged by Big Agri is driving up the cost of the corn due to the ethanol production in the US, which is of marginal value. Not to mention that the Mexican corn farmers have been underpriced by US Corn producers. They have had to let their farmworkers go. They, in turn, have become part of the Hispanic immigration problem.

The whole problem of obesity and diabetes health concerns could evaporate within five years if Congress would act. This is one of the issues that Obama and McCain should be focusing on. Real issues that affect hundreds of millions of American citizens.

It’s time for real change. Will anyone stand up?

Disclaimer – This document is informational in nature. You should seek medical advice through your physician.