Movies of the Thirties: Film History 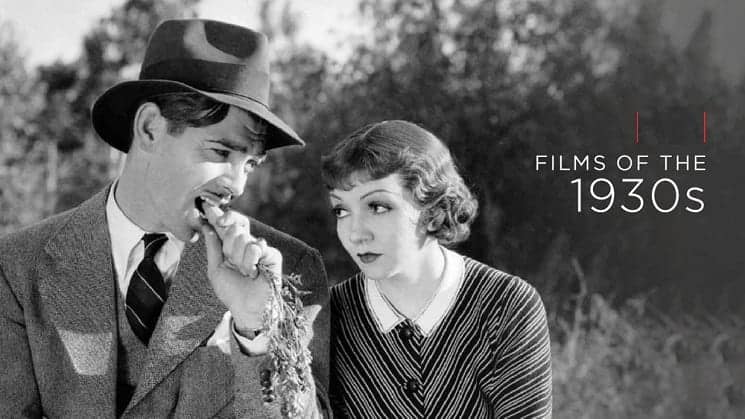 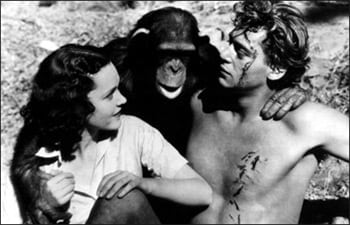 In the thirties, the most fun was going to the movies. We were lucky to have sound — which just came in a few years before — and it made everything seem real. One of our first movies was “Public Enemy” starring James Cagney, who smashed a grapefruit on his girlfriend’s face. Then came Johnny Weissmuller as “Tarzan the Ape Man,” with his sidekick Cheeta the chmpanzee. He had this blood-curdling jungle call that could stampede a herd of elephants. At first, I couldn’t figure out why he needed to make that jungle call. But in the next Tarzan movie, the beautiful Jane showed up in her cute little shorts. I could see right away that advertising paid off big, even in the jungle.

We saw some scary movies with werewolves named Lon Chaney, and guys with weird foreign accents like Bela Lugosi in “Dracula” and Boris Karloff in “Frankenstein.” The comedy shows were great. Laurel and Hardy were a riot, especially when building a garage and swinging lumber around and clobbering each other. Groucho Marx did his crouch walk and waved his cigar and insulted fat old ladies. W.C. Fields was a guy with a big nose and squinty little eyes. In the “Bank Dick,” he was a rent-a-cop at a bank. A little kid comes in wearing a cowboy outfit and holding a cap gun. He sneaks up on the kid and grabs him and snatches the gun away. In another movie called “Modern Times,” Charlie Chaplin plays a factory worker trying to keep up with an assembly line that keeps going faster and faster.

First Grade and the Philco Radio

My first color movie was “Trail of the Lonesome Pine” which made a big impression on me. The scenery was fantastic, with lots of big pine trees and a lake next to the family home, a log cabin. It was supposed to be someplace in Appalachia. That would be the neck-of-the-woods as Dogpatch in the “Lil Abner” comics. In the movie, Henry Fonda was the local hick, but he seemed a lot smarter than Lil Abner. Or maybe not, when you think about it. In the comic strip, Daisy Mae loved Lil Abner and was always chasing after him. But Fonda couldn’t get to first base with his would-be girlfriend, a cute little brunette. She had the hots for Fred MacMurray, a big-city mining engineer working to bring in the railroad for a big coal-mining corporation.

Fonda’s family and another mountain clan had been feuding for a hundred years, and nobody could stop it. They were always taking pot shots at each other, so you wondered how they got any work done. There was a little kid in this movie who was played by Spanky McFarland of “Our Gang” comedies. Like his big sister, he hung around Fred Mac-Murray and another guy operating a steam-shovel to carve out the railroad grade. One time, the kid climbed up in the cabin of the steam-shovel when it was parked on a bridge. I thought maybe he would start up the engine and get in big trouble. Instead, the bad guys — the other clan — set off a dynamite charge which blew up the bridge and killed the kid. That was enough for Henry Fonda. He went straight through the woods to the enemy’s cabin and walked right in on them. He said it was time to end the feud. The enemy’s old guy — the father, I guess — agreed to this. But as Fonda was leaving, he got shot in the back by a crazy son, who was then shot by his own father. That stopped the feud and finished off Fonda, which left Fred Mac-Murray free to marry Fonda’s would-be girlfriend. 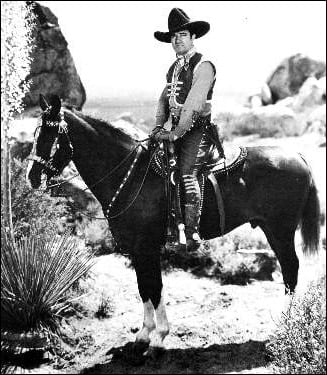 Even though Hollywood had invented color, most movies stayed black-and-white. And the Saturday morning movies were usually black-and-white Westerns starring either Tom Mix or Gene Autrey. In those movies, the good guys wore white hats and the bad guys wore black hats, which helped you keep everything straight. There were lots of different stories told. Sometimes Gene Autrey would ride into a little town and walk into a saloon and get into a fight with the local bad guy. Sometimes he helped the honest sheep-herders fight off the crooked cattlemen. Sometimes he chased the bad guys on horseback after they had robbed the bank. No matter what had happened before, it seemed like Gene Autrey and his buddies always ended up racing their horses through the same countryside, past the same rocks, in every movie. The rocks weren’t black and jagged, like lava rocks. They were white and smooth and some of them looked big as a house. If you watched them chasing the bad guys long enough, you saw them racing past the same rocks twice. At the end of each movie, Gene Autrey always pulled out his guitar and sang “Back In The Saddle Again.” I got to thinking about this guy. Where was the guitar when he was chasing the bad guys? How come he always hugged his horse instead of the girl? Why was I watching this stuff? 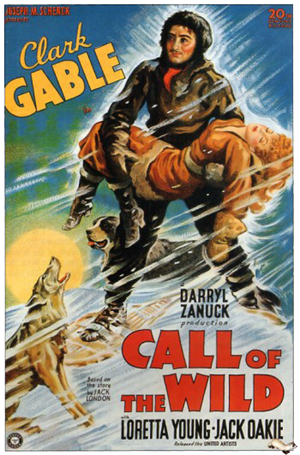 I really liked the Clark Gable movies, which kept popping up like the fluffy stuff from the popcorn machine. One of these movies was “Call of the Wild,” from a story by Jack London, with Gable and his buddy Jack Oakie heading north in search of Yukon gold during the Klondike gold rush. Gable plays second-fiddle to a dog named Buck, which he bought in Dawson City. The dog is big, part St. Bernard, able to pull huge loads on the sled. Gable makes tons of money just betting on the dog’s strength. He lavishes his love on the dog, until he meets Loretta Young, living alone in a log cabin out in the boondocks. The dog gets lonely, I guess, because he takes off one day to join a wolf pack and never comes back. Gable is so busy with Young, though, he probably doesn’t even notice the dog is gone.

Ken Hodge, born and raised in central Oregon, has spent most of his career in Washington state in community development work. He holds a Bachelor of Business Administration degree from the University of Oregon and served in the U.S. Air Force as public information officer. Now retired, he lives in Vancouver, Washington. This was an excerpt from Ken’s boyhood memoir called “We Didn’t Get Fat and We Did Have Fun” which he hopes to get published.