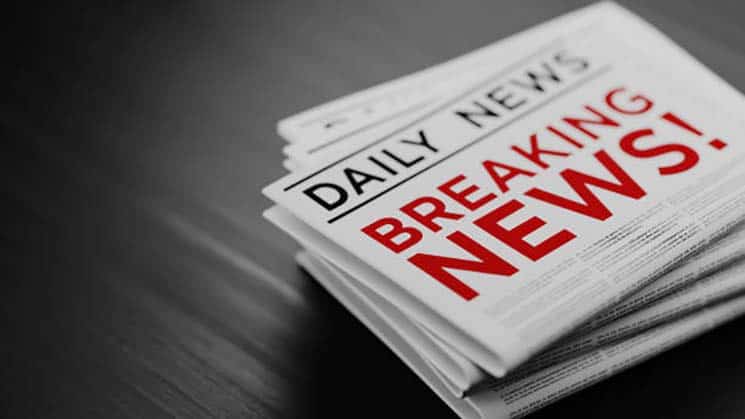 I remember V-E Day and especially V-J Day because I was a nine-year-old with a paper route. The newspapers came out with “Extra” editions announcing the breaking news; as the war in Europe and Japan ended in 1945.

One newspaper I worked for had a drawing of a man and a dog in the office explaining how real news was determined. It said: “Dog bites man is not news; man bites dog is news!”

Today “Breaking News” is used, particularly on television, to announce everything from fatal planes crashes to new cures for hemorrhoids. To the talking heads, one is equally as important as the other; with hemorrhoid cures gaining an edge because they can bring in advertising dollars.

In my days as a journalist “Bulletin” was the keyword to alert someone something very significant had happened. I had just walked into the teletype room at the Florida Times-Union and Jacksonville Journal on that fateful day in November 1963 when bells started ringing on the United Press International teletype as Merriman Smith’s first bulletin started coming across the wires: “DALLAS, NOV. 22 (UPI) – THREE SHOTS FIRED AT PRESIDENT KENNEDY’S MOTORCADE TODAY IN DOWNTOWN DALLAS.”

The afternoon run of the Jacksonville Journal was on the presses but stopped for an “Extra” headlined “Kennedy Shot!”

An hour and a minute later the teletype bells rang again and a UPI Bulletin announced Kennedy’s death. The Journal afternoon “Extra” run was stopped and replaced by a second “Extra” headlined “Kennedy Dead!”

Having Senior Moments? Enjoy them

That’s what “Bulletin” news was all about 55 years ago. “Breaking News” has become the modern-day euphemism among the talking heads, particularly on television.

Breaking News today seems to be very little actual news. It’s more like various people’s opinion of what they think is going on in the world. We are flooded with endless nonsense in many cases.

Very little, if any of it, comes up to the “Man bites dog” level.