Our generation was privileged to grow up with the most influential, most promising invention since the wheel. 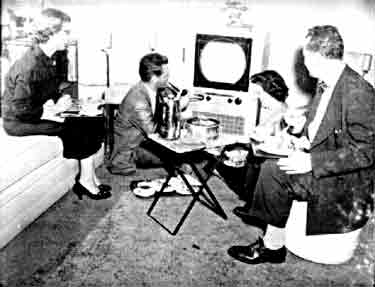 We watched its humble beginnings through snow, squiggles, and rolls on tiny monitors that took minutes to warm up, often hours more to “tune.”

In those pre-clicker, pre-color days, Dad was in charge of the “rabbit ear” antenna, continually running up to the TV set, wiggling the “V” chrome tubes oh-so-slightly, then rushing back to his chair to see if his magic jiggle had improved reception.

This, like a later generation of men clicking through 250 channels, could last all evening.

We saw fabulous live shows, experimental productions that today wouldn’t be attempted even on tape. And there were babes – Dagmar comes to mind – great comedy, dancing poodles, charming puppets, and wrestling. 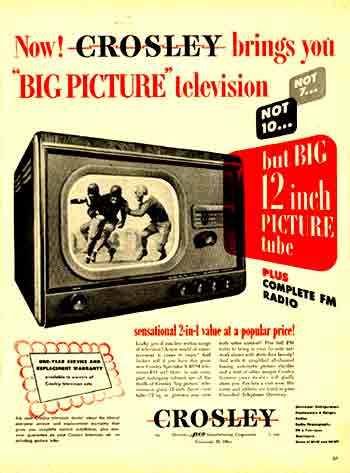 Oh, how we loved wrestling.

By 1960, TV was ubiquitous as the air itself. Even if you couldn’t afford a set, you almost certainly had an antenna on your roof. It was darn near un-American not to own a TV.

Our generation watched it all; from that stern Indian head silently announcing no programming, to all the TV dinners, tables, and “togetherness” that TV spawned.

As kids do, we embraced it as if it had been around forever.

But in the beginning, sports teams banned the medium, fearing that fans would rather watch games from home than at the stadium. Moviemakers, dreading mass desertions to free TV shows, showered us with wide-screen formats, surround-sound, 3-D, and the ill-fated “Smell-O-Vision.”

Politicians like Ike and JFK welcomed TV, knowing its power to shape votes. And while some folks, like my first boss and 99 percent advertising genius – Leo Burnett – thought it just a passing fancy, never to amount to much, there was no turning back.

Suddenly Trivia: During the 1950s, and ’60s, advertising on TV taught our generation and early Boomers how to smoke. What brand used leggy dancing cigarette packs in their ads? a) Lucky Strike, b) Old Gold, c) Raleigh, d) Kent. 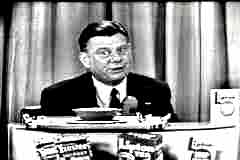 In 1961, as the medium settled into its awkward teens, FCC Chairman Newton Minow condemned TV as a “vast wasteland.”

Fifty years ago, in a speech before the National Association of Broadcasters, Minow challenged his audience – that era’s highest-powered TV executives – to spend an entire day in front of a TV set.

“What you’ll see,” he charged, “is a procession of game shows, formula comedies with totally unbelievable families, blood and thunder, mayhem and violence…” After his attack on programming, he assailed the folks who paid for it. “You’ll see endless commercials, many screaming, cajoling and offending. Most of all, there’s boredom.” 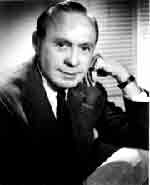 Strong stuff. But those were the days of few choices. Not like today’s smorgasbord of hundreds of programs running at any given moment.

Then, we had three, maybe four from which to choose. The top-rated programs of the era were:

Brings back memories, doesn’t it? 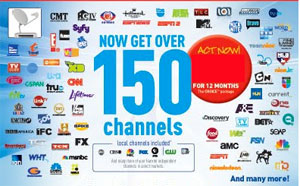 Many of us agreed with Minow. But most held out hope that all would change for the better once there was a wider choice of programming,

Now, with cable and satellite dishes – even phone TV, for crying out loud – we can choose from hundreds of channels.