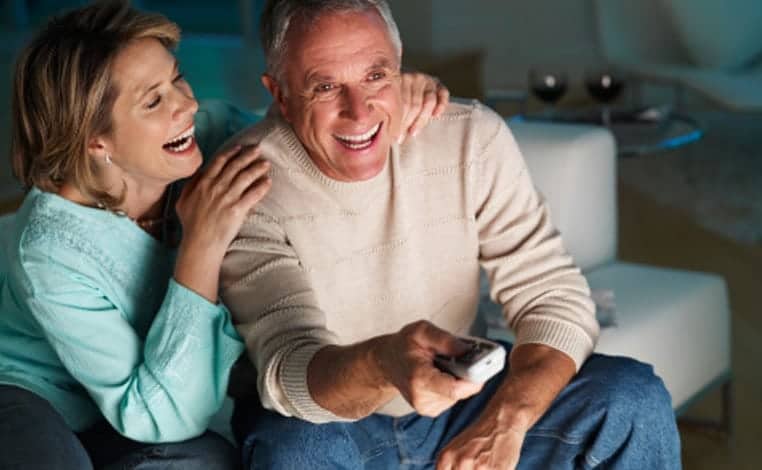 I doubt if many of us who have reached our Golden Years had to worry too much about giving up our virginity to vote for any particular party but for one I am more than glad to see the long, long blitz of political television ads finally come to an end.

After a couple of years of wall-to-wall political ads – many of which simply became white noise in the background – that poured as much as $100 million a week into the coffers of television networks it’s time to take a look at what the future may look like on The Tube.

For sure, there is no way non-political advertisers can make up for the loss of revenue faced by those who produce television programs. “Right-sizing” will be the new norm for all networks – commercial and cable – as we enter into the late fall and winter television seasons.

Television production is not cheap. To keep the profits rolling, profits that have been bolstered by all the money flowing in from political advertising for the last two years, there is only one way to go for those producers who want to stay in business: Cut production costs!

Bursts in advertising revenues from politics are nothing new to the television industry. They come in two-year cycles, as do elections. Every four years a president is elected that cause advertising revenue to peak in direct proportion to the presidential elections. Up until this year, with all the new money from various non-government parties wishing to influence the elections once the floodgates were opened by new campaign giving laws, the impact of this money was somewhat measurable.

But with the run-up to the 2012 presidential elections, billions of dollars streamed into television programming from many different directions. It helped stretch the flow of new dollars out many months and television programmers grew used to the largesse as did the corporations that owned television interests where the political ad revenue added handsomely to their bottom line.

Programmers did their best to stretch the political season coming up with many new “debate” forms for candidates and issues at all levels drawing in more dollars.

The profitability of the political season was not overlooked by the states as they pushed the primaries seasons further out in an effort to attract more dollars, not just to their various television markets, but to other state-oriented income producers such as tourism.

Now, with the loss of all of these revenues, the focus must be on new programs that can help pick up the loss. We are beginning to see a few.

Take for instance the new quiz show “Let’s A$k America.” In may be one of the forerunners of things to come. “Let’s A$k America” is a Scripps’ interactive TV game show replacing “Jeopardy!” Four contestants play via web chat from the comfort of their homes for the chance to win up to $50,000 cash.

It is distributed by Warner Brothers.

I’ve watched a couple and have yet to see the audience that claps and cheers at every move. They are not there. The program apparently uses soundtracks for old sitcom television shows to augment the banter from the show host. Eliminating the audience and its cost, plus limiting the studio space required to produce the show is one way to right-size costs and certainly can’t hurt the bottom line of the producers and distributors.

And, the interactive aspect of the show gives us a hint at some of the direction new programming will take.

We’re already seeing more and more “talking head” shows. They are among the least expensive television shows to produce. Many of them consist of television personalities interviewing other members of the entertainment industry and amount to little more than industry promotions. Adding the interactive aspect to shows is a step forward in eliminating high-cost talent required to support many of the past television productions. One of the interesting new ones is “Right This Minute.”

“Right This Minute” is the creation of a group of journalists at MagicDust Television in Phoenix, AZ, in partnership with Cox Media Group, Raycom Media Inc., and The E.W. Scripps Co. It tells stories using pictures from eyewitnesses around the world – eyewitnesses with cell phones, webcams, digital cameras and Skype accounts hoping to make news out of home-produced items. In essence, it is a masterstroke in eliminating many of the production costs involved in producing a television program.

In the area of cutting production costs it is noteworthy that many of the top-ranked television programs of the past seasons have moved towards eliminating many of the expensive action sequences in their shows opting rather show long segments of actors sitting in one room staring at their laptops on which are displayed actors in another room interrogating a suspect or some such thing.

This trend may be closer to what our future television viewing may be. As we moved from the large screen of movies to the smaller screen of television over the years we may now be taking the next giant step toward instant viewing of more and more mundane production on our small, portable laptop and pocket devices.

Hey, something’s got to give now that the free-flowing political dollars are dammed up!