A Day in the Life of a Geezer 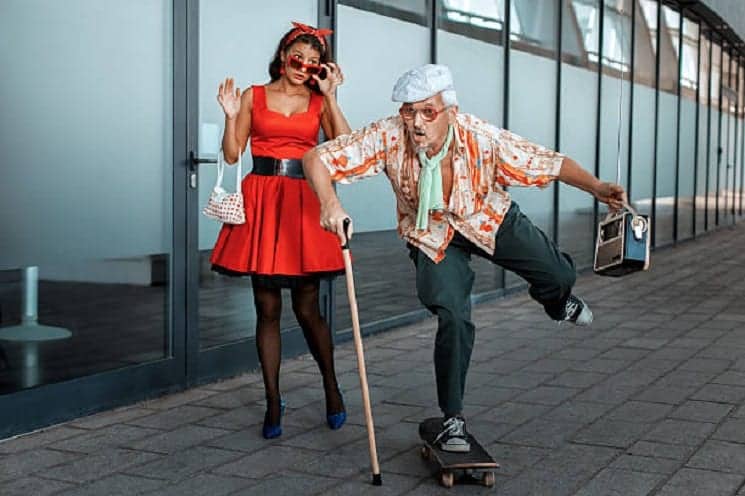 Like most folks my age, I got up early. Drank coffee. Took my pills. Read the paper. Feigned a couple of squats and stretches. Remembered my father’s caution “What don’t hurt, don’t work.

Nothing unusual so far.

As you pass age 70, and into your eighth decade, a long dormant section of the brain suddenly awakes, its synapses constantly taking inventory of aches and pains, immediately noting every new creak, twinge, ache, and strain that now so frequently assaults our bodies. 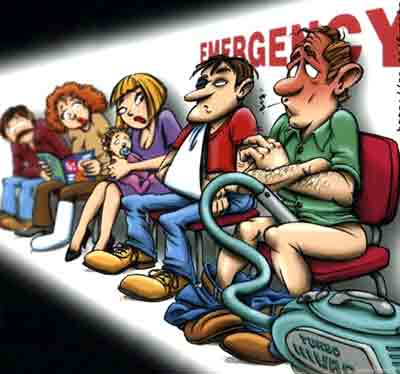 So any morning when we septuagenarians actually get up and get going without complaint is a Good Morning! indeed.The sun was out, the breeze was fresh, and all was well with my world. That is, until doctors’ appointments for my age-related nemeses – an enlarged prostate and suddenly failing eyesight – took me onto the shoals of geezerdom.

A tiny amount of blood in my urine forced me to a urologist where, for the first time in my life, I was introduced to what I thought was a torture devised for women only: stirrups.

Before I knew it, I had a flexible fiber-optic tube tipped with a camera, lighting and water systems, pushing up my urethra.

“That hurts!” I grunted.

“It’s nothing,” the doctor said, “Just wait till it hits your prostate.”

I looked down and saw that my legs, no longer in the stirrups, were tightly wrapped around the good doctor’s waist in a wrestler’s death squeeze.

And it was over. (Except for the pain of urinating razor blades following the procedure.)

Next stop: my eye doctor. For some reason, my right eye was out of focus, forcing me to use an eye patch to read and use my computer.

Turns out that the second most-performed operation among ophthalmologists is breaking up a film that often forms after cataract operations.

As I learned about an hour later, sitting in a head brace while a machine went Pow! Pow! Pow!, it’s done using a laser as a shotgun, your eye as clay pigeons.

No pain. Just fragments of film, floaters that may or may not disappear with time.

No Bragging Rights for Geezers

I once wrote a column called “The First Rule of Geezerdom.” To wit: Never ask a senior, “How ya doin’?”

You see, we seniors wear our ailments like battle ribbons. Bragging rights go to those who have challenged their physicians most.

Yesterday gave me no bragging rights whatsoever. For anyone over 60, it was just another dumb doctor day.

I got home. Shared the good news with Carolyn that I didn’t have bladder cancer. Nor was my blindness caused by a stroke. Ate.

Then, just as I sat down to read a book some publisher had sent for review and back-cover comment, the phone rang. It was a young market researcher asking what radio stations I listened to.

“Wow! This is the first time anyone has ever called,” I exclaimed. “I’ll be representing thousands of listeners.”

My excitement was met by an uncomfortable silence. “Let me ask you again…” The girl was getting impatient.

But I was on a rant. I just had to tell her how much I love radio, how I was around when radio was all there was, how radio develops imagination, blah, blah, blah.

I was just getting to Captain Midnight’s decoder ring when the researcher cleared her throat in a “I’m going to hang up on you if you don’t stop” guttural threat. Quickly, I told her the stations to which I frequently listen, in order of preference, when and where.

Everything was going swimmingly until she asked, “What is your age?”

“Oh,” she gasped, as if someone had smacked her on the back of the head. “Is there anyone there between 12 and 65?”

She paused, adding, “Sorry, but you see, you don’t count.”

Then and there, I decided to go back to bed. Before things got any worse.