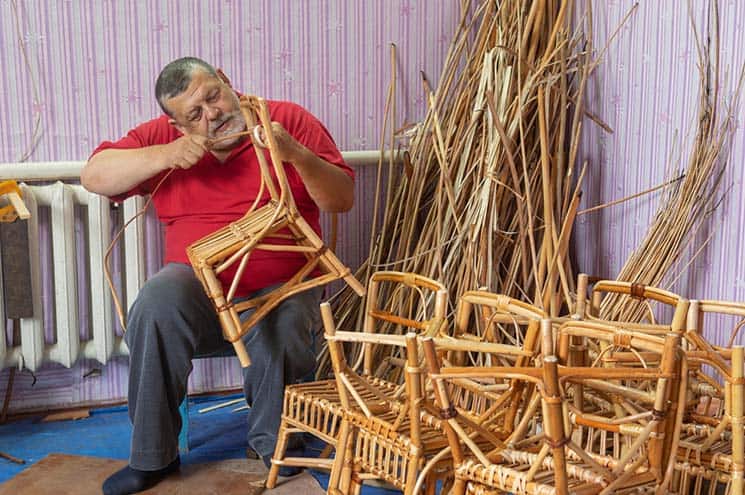 My grandfather lived to age 96 — his sister to 104 — and never lacked for something to do. Activity was the key to their longevity.

My grandfather loved to sell farms. He was making rural real estate deals right up to the end. My great-aunt took in boarding college students and gave them a helping hand when they needed it. 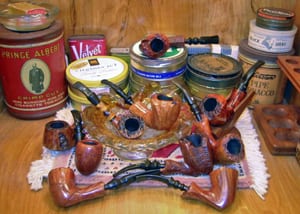 As I approached my retirement a dozen years ago, I ruminated on the examples they had set. In both cases, I realized they built a form of active retirement for themselves that gave them something to do each day of their lives. I also realized that I could not continue many of the hobbies I had pursued and thoroughly enjoyed over the years. I was getting too old. My shrinking income was no longer sufficient, to fly airplanes, take sailboats, go on long camping and hiking trips, rebuild old houses and cars, or restore antiques; particularly old guns. Although I still liked to hunt and fish, it was not something I could do every day.

In some ways, retirement was going to be a more restricted life for me. But, it did not have to be a dull one if I could discover something — like my grandfather and great-aunt had — that would bring some structure and enjoyment into my life on a regular basis.

Enter eBay and the Age of the Internet!

One day in 1999, while waiting for an appointment in a doctor’s office, I came across a magazine article about eBay. This was when eBay was just beginning to gain its legs on the Internet as the world’s marketplace. I was attracted to the story and made a mental note to look it up on the computer as soon as I got home.

Like most such mental notes these days, that one got lost in whatever roaming my mind did between the doctor’s office and home. But several days, maybe weeks later, it flashed across my mind while I was checking my email.

I punched in and spent the rest of the day rummaging through other people’s castaways, not to mention a broad array of new items at fairly reasonable prices. It was an enlightening experience — the opening of a whole new world.

Like my grandfather, I like to smoke a pipe, but over the years the cost of pipes and tobaccos had soared as the places one could enjoy a pipe dwindled. On eBay, I discovered “estate” pipes — used pipes from estates and other venues that sold for a pittance of what a new pipe brought.

Making a hobby out of grimy old pipes?

My first thought was: “Why would anyone want to smoke someone else’s dirty, old pipe?” 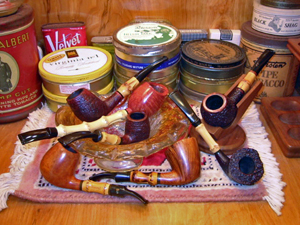 A little later I found a pipe book that explained “estate” pipes in a different light. It turned out that most of us had been eating with “estate” table service for years in restaurants. “Estate” in the sense that they had been in many other people’s mouths before we picked them up yet we ate with them without questioning their cleanliness. We had become used to using “estate” or “used” utensils because we understood they had been properly washed and sanitized before they were set before us.

That made sense to me. I bought a couple of cheap pipes off eBay and dug the dirt out of them, refinished the outside of them as I would any old antique, and scrubbed them out good with 151-proof rum, an alcohol concoction that will remove dirt and grime from anything.

Believe it or not, they smoked well. Voilà! A new hobby was born.

At first, I didn’t realize it was a hobby. It was more of an addiction. I kept buying more old pipes and restoring them; puffing away on one in my rocking chair on the porch where I did all my work by hand.

And then one day I looked around the house and realized I had more than 200 restored pipes neatly displayed in restored old pipe racks. I had fallen victim to what pipemen, and a growing number of pipe women, refer to as PAD – Pipe Acquisition Disorder!

Something had to give.

So it was back to eBay, where I opened my pipe store. I began selling off my excess inventory – those pipes that I did not regularly smoke. It was a phenomenal experience. Pipe smokers actually liked my work and were willing to pay decent prices for my refurbished and restored pipes.

A long learning process began. I bought all the books I could find about old pipes. I learned brands, origins, pipe makers, and all about the various materials from which pipes are made; briar (actually the burl of a heath bush grown primarily in the Mediterranean), meerschaum, manzanita, mountain laurel, corn cob, hickory, olive wood – the list goes on and on.

I have handled almost all of them at one time or another, but briar is my specialty. It is a wonderfully grained extra-hard wood that is a joy to work. The older it is, the better it has cured, and the better its smoking quality. So I specialize mainly in pipes that were originally made in the mid-20th Century; when pipe smoking was at its peak. 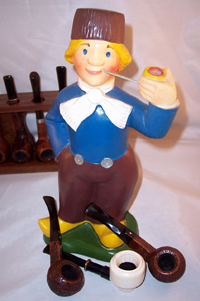 Along the way I have been able to turn the knowledge I have gained into articles for pipe publications. I’ve created a system to determine the age of certain pipe brands that has been internationally accepted. I’ve written a book on restoring old pipes. And I own a fine smaller collection of personal smoking pipes; one that is forever changing as I acquire a new old pipe to replace one in my personal smoking collection.

It has given me the opportunity to travel to pipe shows, visit pipe factories, and most of all, meet a wonderful group of new people with the same interests from around the world; all thanks to the wonderful medium of the Internet.

10 Reasons Why Seniors Should Join A Book Club

I’ll never get rich restoring old pipes. I use most of the money I make in restoring pipes to buy more pipes; giving me an excuse to travel and visit flea markets, garage sales, and dig through antique shops at my leisure.

Change Your Life With a Hobby

My hobby has enriched my life a thousand-fold. It has become a major part of my everyday existence. I schedule my mornings for restoring and buying and selling pipes via my eBay store. Along the way, I’m discussing with other pipe enthusiasts our latest restoration techniques plus our sales and acquisitions.

Favorite Senior Hobbies: Up in Smoke

I am in constant contact with new friends — most of whom I have never met in person — across the U.S. and in many foreign countries. 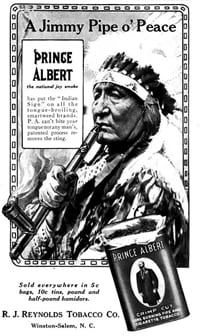 Many afternoons, I find myself in line at the Post Office mailing pipes to other people. I have become friends with the local postal clerks and met even more people from the area while waiting in line to be served.

My hobby has given me a base for an active existence, and I thoroughly enjoy it. I am never bored. I have a purpose in life; to provide the best pipe smoking instrument at the lowest possible cost to those who enjoy pipe smoking.

While I don’t recommend pipe restoration as the answer to every suddenly senior who finds life boring, I heartily recommend that every senior find a hobby. The great thing about hobbies is that one can be found to fit any physical or aging limitation. All you have to do is look for the one that best suits you.

I don’t know if I’ll make it to my grandfather’s or great-aunt’s ripe old age. I do know that I will remain active until the end, thanks to having found a hobby that is tailor-made for me.