Presidential Greetings: Who Responds, Who Doesn’t 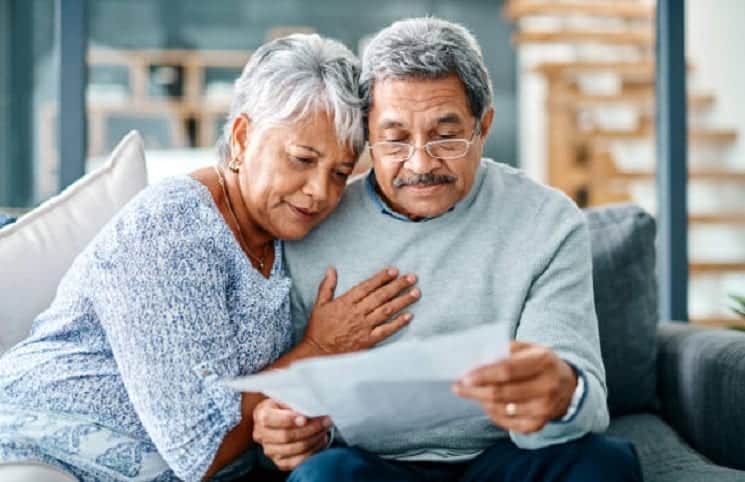 Have you wondered which of presidents will respond to a greetings request? Check out our comments from readers and other facts on who responds.

I read your Suddenly Senior article concerning presidential birthday greetings in December of 2005. I wrote President Bush, and former Presidents Carter and Clinton. Additionally, I wrote our Governor Jeb Bush and the mayors of Orlando, Orange County and Winter Park, Florida, respectively.

I wrote requesting greetings for my beloved aunt, Annabelle Woodard, who will be 100 on March 4, 2006. The response was immediate from President Carter, as well as from Governor Bush in addition to Mayor Rick Crotty of Orange County and Mayor Buddy Dyer of Orlando. My aunt, however, has yet to hear from President Bill Clinton, and I’m so disappointed.

My aunt’s birthday is only two weeks away. I sent my first letter to President Clinton in December, faxed him in January and sent a second letter by mail, as well.

Alas, woe is me. I’m fresh out of ideas. Should I have contacted Hillary, instead? What’s a loving niece to do when they don’t respond?

Here’s a list of commonly asked questions when requesting a greeting from our presidents.

Does the president call on your 100th birthday?

The short answer is no. But you can request a “turning 100 years old letter from the president” or other greeting cards for special occasions (e.g. a presidential birth announcement) from presidents.

How to request a congratulatory letter from the president?

Check out our article Get Presidential Greetings from Presidents for more information.

WASHINGTON – Despite your pleadings, President Bush hasn’t written “Happy Birthday” to your 100-year-old grandpa? Even though you asked politely and promptly, your baby’s birth was not acknowledged by the White House?

Even the mannerly tradition of presidential tidings has been frustrated by threats of terrorism.

Since the Sept 11 attacks, and subsequent mailings of anthrax-laced letters to government offices, even routine White House mail has been routed to off-site locations to be screened and irradiated. The precautions apply to the thousands of requests for baby announcements, 50th wedding anniversaries, 100th birthdays and other such greetings that are sent to every president

The result has been a backlog of Americans awaiting a congratulatory note from President Bush.

A handler in the White House Greetings Office said proud parents might have to wait six to eight months after their baby is born to receive the customary presidential announcement. In some cases, she cautioned, the baby might celebrate a first birthday before the note arrives. She had seen 17 crates of backed-up baby announcements carried into the office as workers struggled to catch up.

‘We never received the card,’ the grieving woman even though she sent in the request with the wrote, e required lead-time of six to eight weeks. Her grandmother turned 100 and died the next month, never receiving the card. With the columnist’s help, the White House promised to send the tardy card to the granddaughter as a memento.

He would not say how many requests the Greetings Office sends out in a year, only that it accommodates as many as it can handle.

The Greetings Office employee said an Internet spam filter on the computer system has caused some email delays.

Tell your readers they can ALSO request cards from their state governor (Dad got one from Pennsylvania’s Ed Rendell), their Senator, Congresspersons, and their state reps.  If they live in a large city, they may get one from the mayor, too.

By the way…… My grandma was tickled pink when, while in office, Clinton’s CAT, Socks, sent her a postcard of himself with the White House in the background!

My wife and I celebrated our 50th wedding anniversary in August of 2004. Our #3 son and his wife had sent the information to the white house and we received our greetings from President Bush in a very timely manner.


12/14/02…This was the first I received about the current President’s lack of response to seniors wanting greetings. Since then, I’ve heard from dozens of ignored citizens. Only in the last two months, has the White House been granting cards again. Frank Kaiser, October 5, 2003.

Hi, my name is Frank Duval and several months ago I read in your suddenly senior information column about living presidents retired and presiding congratulating senior citizens on their eightieth birthday. I sent my wife’s info to all of them and a note to our governor Pataki. About 2 weeks back my wife received congratulations from presidents Carter and Ford and a very nice letter from gov. Pataki. I have heard nothing from the pres. Bushes, Ronald Reagan nor Clinton. After the first letters arrived, I explained the presidential policy to her and see her disappoint every day that the expected letters do not arrive.

I thought you should be informed in order that you might pass the information on in your column that circumstances might negate reception of some of the birthday congratulations.

Thank you, and thanks for your column.

I had found part of this service as early as 1979 when I began having cards from the then-current President sent to my over-80 grandmother. In 2003 I found your website and wrote for cards from all the living Presidents for my father’s 80th birthday in January, which was just after they announced that former President Reagan’s health had worsened significantly and his Alzheimer’s had robbed him of recognition of anyone, and at that point I guess his staff discontinued the practice altogether, because his was the only one that wasn’t received. Dad was thrilled. Thanks for having this information available for us. By the way, I always include the recipient’s full birthdate AND birthplace in case there might be any doubt as to the validity of the request, and I have never failed to get a response.

I requested a presidential birthday card for my 95-year old aunt. Never came. She has since passed so I can not request one for next year. I also requested cards for another aunt and uncle who fortunately are still living. The president didn’t send them either. I may get a chance to try again in ’05. I have now prepared a request for my mother who’s birthday is in late March. Lets see how that turns out.

After viewing your site, I sent requests to President Bush and to Willard Scott to send congratulations to my mother-in-law – Perl Ackley – who turned 100 years old on February 4, 2004. These requests were sent in October. The card from President and Mrs. Bush was received, however, nothing was received from Willard Scott. I sent emails to the Today Show and received no response. Finally today I called Willard Scott’s office (212-664-3924). The information I received was a recording that stated that if the birthday was during the week, it would be “considered” for announcement on the Today Show either Tuesday or Thursday, however, if the birthday was on the weekend, no announcement would be made on the Today Show, but that Willard Scott would send a congratulatory card to the birthday person. Neither one of these was received by me or my mother-in-law.

My Dad was 91 last Sunday, May 2, 2004, here received two more cards, one from Jimmy Carter and another one from Bill Clinton. They both came on the day we had his birthday party so that was so neat. He had got one from Gerald Ford before that. Thanks to your nice web page I was able to write to all of them and he is so proud. Those cards he carries in his pocket so show off.

Thank you very much, this is really great.