“Poppy” Moves In With the Adult Kids 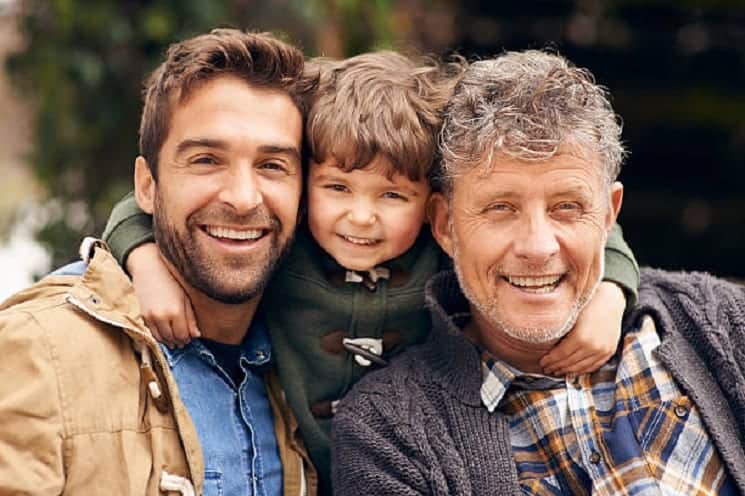 “Hank, what are you thinking?” said my old buddy. “You are giving up a perfectly good apartment to be a live-in babysitter at your son’s house?” The scorn in his voice was all too evident. “Give some thought to what you are giving up, old friend. Your independence, your privacy your license to walk around your own apartment in your boxers?”

My pal continued his assault on this crazy idea I had of moving in with my adult kids and their toddler. “You sure you can get along with your daughter-in-law? How much babysitting will she expect from you? How long has it been since you changed a shitty diaper?”

Good grief, I felt like the Pharaoh of Egypt being besieged by the ten plagues. What would happen to me next if I was dumb enough to move in with my family? Pestilence? Thousands of locusts?

While frankly admitting the pluses that are a part of living as a bachelor. (eating what I wanted and when I wanted it, choosing my own TV shows, deciding when to go to bed and when to rise in the morning and yes the option to walk around the house in my underwear, all of these had their charms but they were overrated. They couldn’t compensate for coming home to an empty house at night. I was, ready for a change.

So I took the plunge or rather all three of us did, my son and his wife and me. The stars were in alignment for my move because both my son and daughter-in-law were encouraging me to join their young family.

It was a win-win decision. Not only could I kiss goodbye to that empty house, but I could help them financially in coping with the exorbitant cost of housing in California, I could help with the rent and yes fill in as an emergency babysitter for their two-year-old daughter. And mostly unspoken but understood by all, was the reality, that even though I was and am in excellent health (for an 80 plus dude) they both felt better having Poppy close by just in case, “something should happen” to me.

Beyond all that was that it just felt right. I had grown up without having grandparents in my life. Neither I nor my kids wanted the next generation to miss out on being exposed to the perspective and life experience of an older person.

As for me, I couldn’t be happier. Living in a family again has put a spring in my step. The loneliness that dogged me has been a thing of the past. How could anyone be lonely with a brimming with wonder two-year-old greeting you in the morning with a “High Poppy.”And getting a kiss goodnight by a little cutie in her pink flowered jammies?

I find it hard to believe that anyone would imagine that living with a little child in the house would be a deterrent to moving in with your adult kids. For me, reliving those family moments have been nothing less than a blast.

“Poppy, I pooped all by myself, Poppy, look at the rainbow, Poppy, can we play red light/green light again? Look at me in my new pajamas.” Ah, the innocent eloquence of childhood. The cobwebs have been brushed from my memory. My little granddaughter has become my own personal fountain of youth.

Saw my old buddy at the supermarket the other day. My little Riley was riding in the cart. “How is it going living with your kids?” he called out.
“Great! She pooped all by herself yesterday.” He looked at me strangely. Some old guys just don’t know what they’re missing.