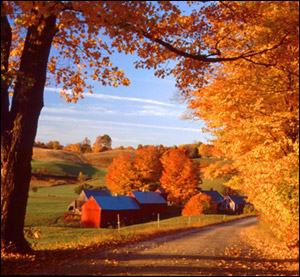 Very late September / early October is a great time to visit New England. Due to the distance from north to south, there is no way to see all the leaves at peak. But if you go during the above time, you are sure to find beautiful color in Vermont and New Hampshire in the mountains. And, what a site that is to see — just like in the pictures — the blazing fall colors, white church steeples, and all the hills and dales.

Although you don’t have to take an escorted tour, it is a great way to travel. You do not have to worry about finding a hotel room (especially since many are booked up with all the tour buses going through at that time). Not only do you learn about all the sites along the way, but you can also see them well, unlike when someone has to drive.

My favorite guided tour, although there are many, is New England Rails and Sails. There are other escorted tours in that area that feature Martha’s Vineyard and Newport, Rhode Island, but I prefer riding the charming boats and trains in each state.

Some of the highlights are a guided tour of Boston including the Freedom Trail and Boston Common, a ferry ride in Maine, the Notch train in New Hampshire in the White Mountains, and a short jaunt on the Kancamagus Scenic Byway. You also ride the Essex train and riverboat in Connecticut and top the tour off with a Harbor cruise and ride on the Cape Cod Central Railroad. And, of course, while in Hyannis, don’t forget the wonderful lobster dinner awaiting you.

Did you know all the New England states could fit into Maine and still have some room left?

Now, a closer look at this escorted tour… 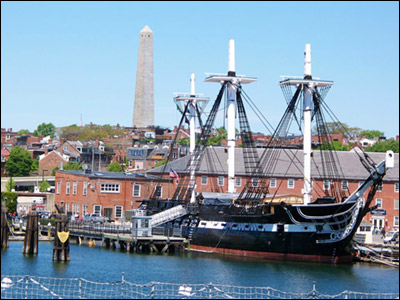 First stop… Boston. A guided tour takes you on the Freedom Trail with stops at Old Ironsides, Paul Revere’s home and Old North Church (one if by land and 2 if by sea). After lunch at Quincy Market (what a fun place this is), it’s a short 2-hour ride to Portland, Maine where dinner is served on an old ship converted to a bayside restaurant. 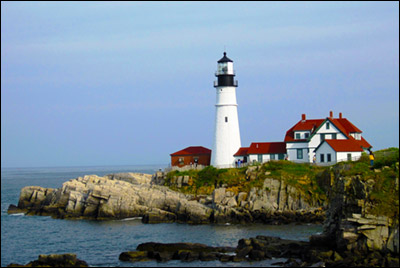 The next day is a ferry ride among the islands. The “summer homes” are unbelievable and can only be reached by boat. After lunch, there is a quick stop at a lighthouse (immortalized in a poem by Henry Wadsworth Longfellow, who came from this area). Then you continue on through the White Mountains to North Conway, NH. In North Conway, you will ride the Notch train up a steep mountain. And after lunch along the Appalachian Trail, take a drive back to town on the “Kank”. One time I was sure I saw Julie Andrews coming down the mountainside singing to me!

From there it’s a quick ride through the Green Mountains of Vermont to Connecticut. So much to see and do along that drive to mention, however, don’t look for “The Man in the Mountain” in New Hampshire — he fell a few years ago. The Essex Riverboat and train is our next excursion. The train was featured in the latest Indiana Jones movie. The last time I was there, the conductor who was featured in the movie was still working on that train he loves. 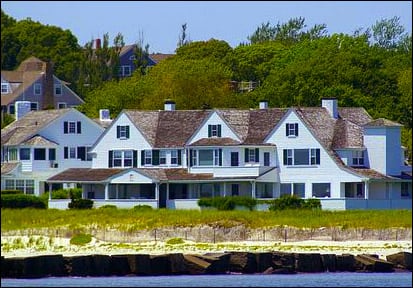 Finally, you end the guided tour on Cape Cod in Hyannis for two nights. You will do a harbor cruise to see the Kennedy compound and ride the Cape Cod train through all the cranberry bogs. Dinner, of course, is lobster and the next day we are on our way back to Boston for our trip home.

However, memories of New England in the fall will last forever in our minds and hearts.

To read more in-depth about this area, check out Kileen’s book “Journey Beckons”. You can order through her website: www.kileenprather.com or at Amazon either in book format or the Kindle edition. Her latest, “Journey To Port” now also on Kindle.