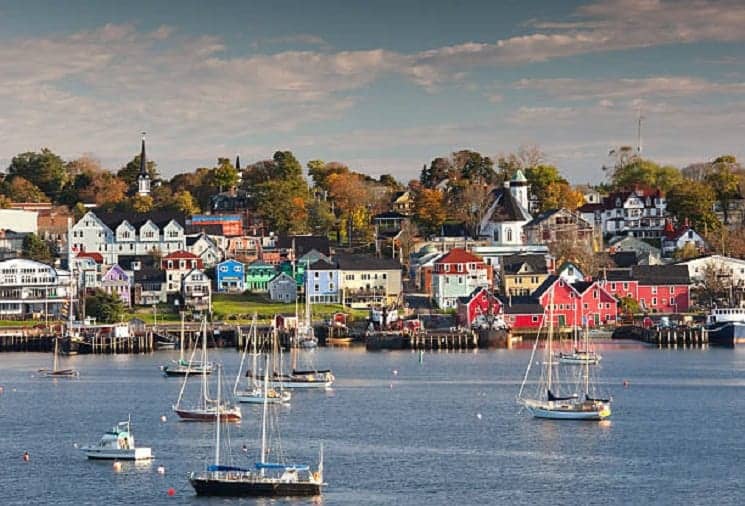 Read about our amazing trip to Nova Scotia in October. Get the best senior tips for traveling to Canada in the fall. We include trip costs and suggestions.

Thirty years ago in Mexico, proving once again that youth is wasted on the young, I fell 50 feet on to rocks, breaking my back, all the ribs on my right side, shattering my right foot, and generally doing myself in.

Later, my Aunt Marion called my fall, “God’s way of telling you to slow down.”

I now believe that there’s not only a season for all things, there’s a reason as well. I have come to accept the purposefulness of God. In my world, there are no accidents, no coincidences.

In this spirit, Carolyn and I have come, courtesy of the nice folks at Caravan Tours, to the Maritime Provinces of Canada – Nova Scotia, New Brunswick, Prince Edward Island – to enjoy the splendor of the season and, without seeming too much the fool, probe autumn for metaphor and meaning.

Suddenly Seniors are in the fall of our lives, agreed? To many, that means we are now dancing an inevitable, macabre overture to death.

That’s not what I see up here. Like a western sky at sunset screaming, “Look at me! Look what I’ve done with this sky,” fall tells me that this is a spectacular time of life.

Autumn is a bonus, really. Consider: It’s a bit of perfection between hot and cold where magic turns leaves to gold, red, orange, and yellow.

Here’s Mother Nature at her most flamboyant. Instead of a prelude to death, it’s the essence of life itself, with all its changes, caprice, and wonder.

Canadian Rockies: The Most Spectacular Train Trip in the World

I look around me and see a season and a time of great promise.

Through a scientist’s eyes, fall slows processes. A reduction of chlorophyll allows trees’ hidden colors to emerge and shine closer to their true nature. 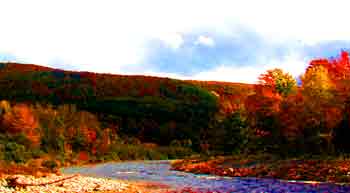 Doesn’t it figure, then, that this is supposed to be our most spectacular time, creative and vivid? An almost supernatural time when we walk through splendid paintings, dance to melodies yet unwritten, and consider clearly that which lies behind the mists of ego, prejudice, and fear.

As I look toward the end I see a remarkable opportunity: years of time to do with as we please. Though it races faster than a child’s afternoon, here’s our chance to display our true selves, our face of creativity, inner beauty, and loving nature much as we are promised in “Let us make man in our image, after our likeness…”

OK. I didn’t mean to get sappy.

But surely life is a great gift. Just as surely, nature has provided abundant clues on how to live it to its fullest.

Yet so many of us fail to heed those signs. We choose instead to live the days of our autumn in the world of celebrity, gossip, and worry. A world dominated by doctor’s appointments instead of dreams, despair instead of delight.

Wouldn’t you rather go out in a passionate blaze of fall glory?

We can. Yet I see so many of us ignore our true nature, our purpose in this Eternal Scheme in which we find ourselves. This perversion – and what else would you call such disregard of the obvious beauty of life – leads to grief and soul-suffering.

Nova Scotia in October: Memories of the Smell of Burning Leaves

I’m not saying that “old is the new fabulous.” The song is right; the days do grow short as we reach November. And often painful. But they needn’t be forlorn as well.

Just a short step beyond our vanity lies the glorious smell of burning leaves, the sound of laughter from under a pile of gold and red and yellow, and fall, fresh and crisp and alive with hope.

And sure as spring, new life is just around the corner.

At least, that’s what I see as I look around me here in the woods and rivers and bays of Nova Scotia this October.

(1-800-227-2826) are well thought out. This Nova Scotia and Prince Edward Island Tour (8 days fully escorted to all three provinces of the Canadian Maritimes, $995; $895 May, June, and part of July) is the second we’ve done with them this year, and it just reinforces our conviction: Caravan promises a great tour at an economical price, then delivers one even better.

We asked a dozen or so of our fellow travelers if they were enjoying it, and they all agreed the tour was a great value, very informative, with excellent accommodations and delicious meals. 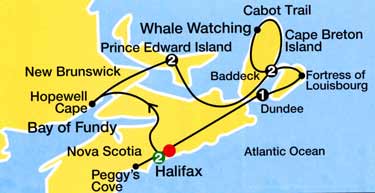 The Bay of Fundy tides are every bit as awe-inspiring as we had imagined and at this time of year rise to a height of 64 feet in about 6 hours, twice daily.

Peggy’s Cove, situated on a narrow inlet of St. Margaret’s Bay seems lost in time with its lovely lighthouse, and windswept rocks.

The Cabot Trail, acclaimed one of the World’s Great Drives, winds around the coast on Cape Breton Island and is home to a large variety of wildlife, Alexander Graham Bell’s home, and some of the funniest scarecrows you’ll ever see.

Roundtrip airfare from New York to Halifax is around $350 per person. From Chicago to Halifax, $475.

Since our tour to Nova Scotia was in October, we took warm long-sleeved shirts and jackets. Waterproof jackets or slickers are a must, as rainfall in these verdant provinces can be heavy at times.

Caravan provides bottled water on the motorcoach. Water is safe to drink in all areas. On this tour, several meals were left up to the traveler, as we were in towns offering a variety of choices. These are the Maritime Provinces, so freshly caught seafood is a specialty we took advantage of. We were treated to a sumptuous dinner at North Rustico on Prince Edward Island at the world-famous Fisherman’s Wharf where hundreds of lobsters are kept in large holding tanks with circulating seawater until they are cooked for serving. Best we ever ate.

Bus tours are arranged so that travel time is never longer than an hour or so without a break. There are toilet facilities on the bus.

Most hotels and motels have high-speed Internet connections, often free.

All hotels provide laundry and dry cleaning services and many of the motels have laundry facilities for guest use. Irons and ironing boards are provided in both.

US citizens need proof of citizenship when traveling over the border. 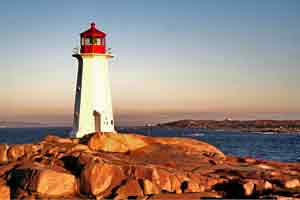 We took an extra four days after the tour. Using the charming port of Halifax as our base, we drove south to some of the coastal villages not visited by the tour.

There is so much history here in Halifax, and I recommend the Maritime Museum on Halifax’s waterfront for well-designed exhibits providing a deep understanding of how tragedy struck this fabled harbor often. Especially poignant was the Titanic exhibit complete with artifacts from that doomed vessel.

We did not have time to visit the cemeteries where many victims of the disaster are laid to rest, but it would be an interesting sidebar to history to do so.

For information by state, visit www.stormfax.com/foliage.htm or contact the U.S.D.A. Forest Service at 1-800-354-4595 or www.fs.fed.us/visit/fall-colors.