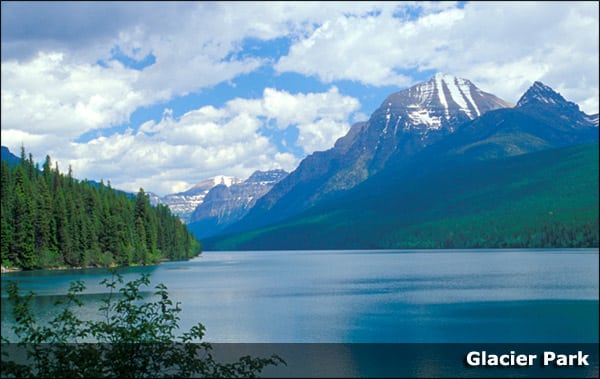 Another excursion Vacation by Rails has is their tours to Yellowstone & Glacier. This article will focus on Glacier National Park (one of my favorite parks) since I discussed Yellowstone in depth in previous articles. Besides Amtrak, who is now starting their own escorted tours this year, only one other tour company offers a tour to these two places on the same trip. Vacation by Rails has 2 different tours covering these parks. One is a 14-day tour that takes the Empire Builder to Glacier (which also includes going to Waterton in Canada and the POW, Prince of Wales hotel for lunch). It runs backward from the shorter tour and after Yellowstone and Salt Lake continues to Moab where you visit Arches & Canyonlands National Parks, and Dead Horse Point State Park (see my article on National Parks of the Southwest for info on Moab and these parks). From Moab, UT is a hop, skip, and a jump to Grand Junction, CO where you catch the Zephyr back to Chicago. (Since I don’t want to repeat myself you can read my article on Amtrak for info on these trains). 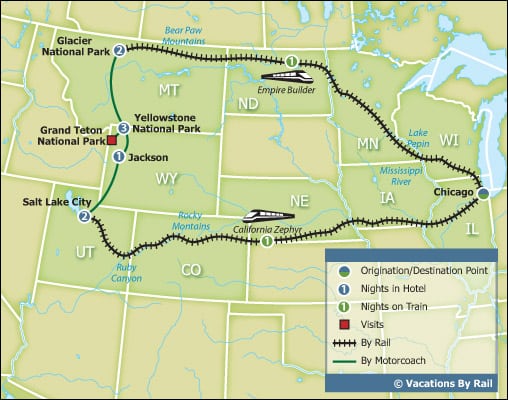 The tour I enjoy doing is an eleven-day tour called “Yellowstone and Glacier Adventure”. On this tour, you board the Zephyr in the afternoon and the next evening you are in Salt Lake, where you are transferred to an all-suite hotel with a hot breakfast each morning and free evening cocktails. The next morning you are off on a guided tour of SLC founded by Mormon pioneers and Brigham Young. (Did you know Loretta Young was an ancestor?) The most famous site is Temple Square, where the Gothic spires of the Salt Lake Temple rise up. You’ll also see Utah’s State Capitol, the Great Salt Lake, and sites from the 2002 Winter Olympic Games. After the tour, it is lunch at Lion’s House one of Brigham Young’s residences. Everything that can be, is made from scratch. Think yummy yeast rolls and berry pie and what looks like tea is an excellent fruit drink (no caffeine allowed here). 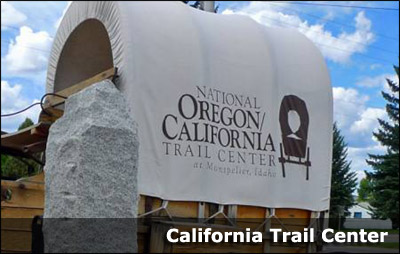 The next day we head to Montpelier, Idaho for a visit to the National Oregon/California Trail Center, where you learn firsthand about this historic pioneer route and experience a simulated wagon train ride. Afterward, it is on to Jackson, Wyoming for one night and a ride through Grand Teton National Park before continuing to Yellowstone for 3 nights. We fondly bid farewell to Yellowstone as we continue our journey to Glacier where we check into Glacier Park Lodge for two nights.

The natives (The Blackfeet) called this area “The Backbone of the World” and if you ever get there, you will know why as the motorcoach heads to its destination. The natives aggressively guarded their hunting grounds. Lewis and Clark came near Glacier, but because the weather was overcast it blocked their view of Marias Pass which would have simplified their journey. From then on, the Native Americans guided many visitors over safer but steeper passes and it wasn’t until 1889 that John Stevens finally figured out where Marias Pass was located. This pass had a lower altitude and easy grade for trains to cross the Continental Divide. Once the pass was discovered, two work camps were set up in East Glacier (where Glacier Park Lodge was built) and in West Glacier (where Lake McDonald Lodge was constructed). 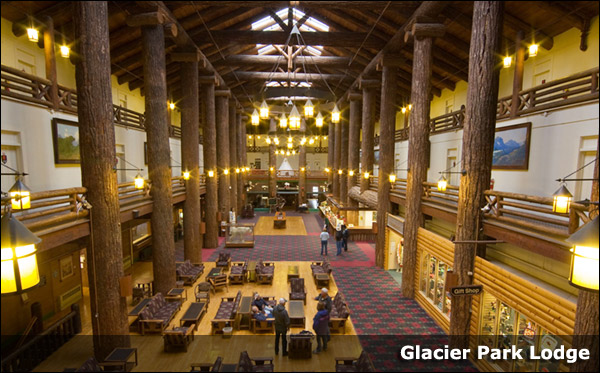 Louis Hill and the Great Northern railroad built Glacier Park Lodge between 1911-1913. It was Hill’s attempt to develop the West, especially the tourism industry. Since there were not enough workers in the area, bridge and trestle crews were used. If you ever get to these lodges you’ll see the construction influence from these railroad crews. (By the end of September, the weather in this area gets so cold, that the lodges close and in winter there are times that food has to be brought in by helicopter to the Blackfeet who live in nearby Browning). 60 logs were used in the interior. These logs were from 500 to 800 year old when they were cut. Just sitting in the lobby you have to marvel at how this work was accomplished in those early days. 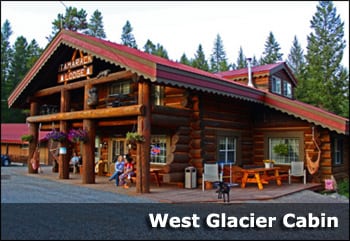 Meanwhile over in West Glacier, a small hotel had been built in 1895. Lake McDonald was a great hunting area and in 1913 Hill bought the hotel and expanded it, turning it into the lodge you see today. It still retains its “hunting” atmosphere and legend has it that the pictographs etched on the massive fireplace were done by Charles Russell, who had a summer home and studio nearby. 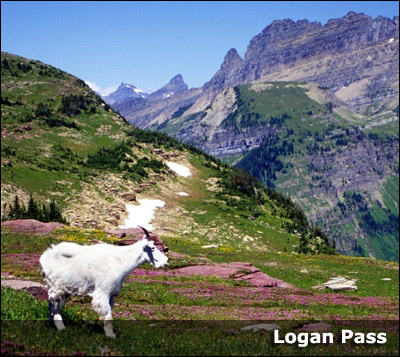 The next morning, it is off to the famed Going-to-the-Sun Road across the Continental Divide. We board vintage red open-air red buses, driven by jammers, for a tour deep inside the park. This road, which crosses Logan Pass, opened the area to millions when it was built in the 1930’s. As you cross over the pass, you see the great “U” shaped valleys that were carved by the glaciers, thus giving the park its name. The pass opens towards the end of June until mid-September and the views on this ride will literally take your breath away. 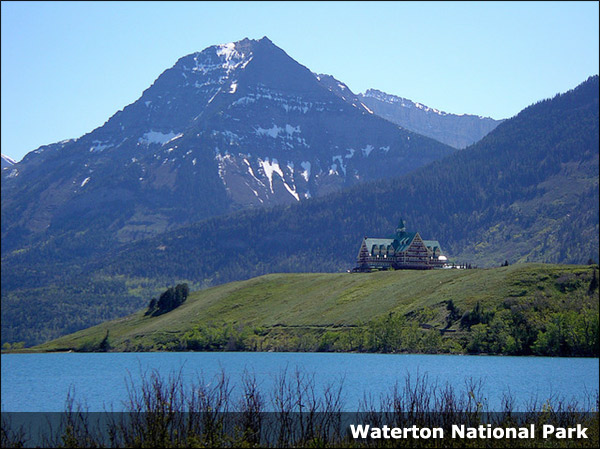 Although we don’t see them on this tour, there are two more great lodges connected to the park. One is the POW, Prince of Wales in Waterton, Alberta, Canada. It’s hard to describe this weirdly shaped lodge that sits high on a windy hill in front of Waterton Lake. This lodge sways when the wind blows hard, which it often does. This area is so remote that it only has 100 year-round residents. Although the lodge has a unique shape, all you have to do is walk inside to know that this was also built by Louis Hill and his railroad crews. 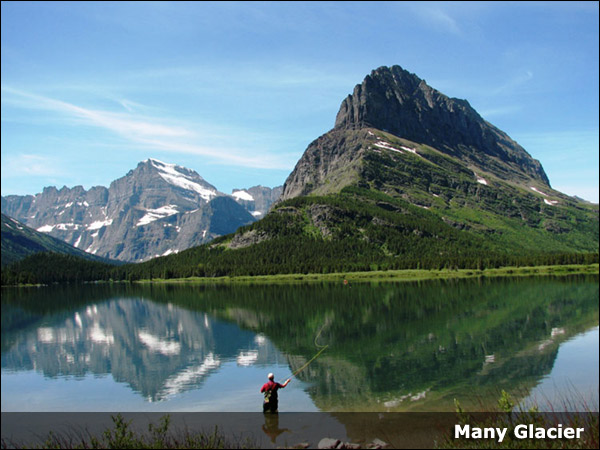 The last of the great lodges connected with Glacier Park is Many Glacier. If you guessed it was named for the many glaciers in the area, you are correct. Many Glacier is halfway (roughly) between Glacier Park Lodge and Waterton and the site was chosen for the waterfront as well as the views of the glaciers on the opposite side. Hill had 400 men working day and night from May to September in 1914. The building opened July 4, 1915, and the annex was completed in 1917. If you ever get to see this lodge, you can’t help but marvel at how it could be built in such a remote area (no trains come anywhere near here). The workers had to construct a sawmill and their own kiln on the grounds to accomplish their work. 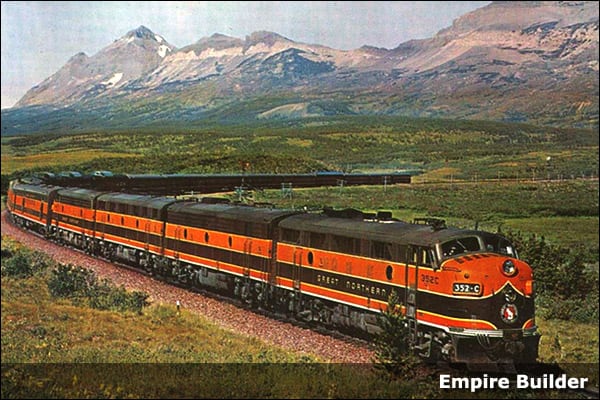 Unfortunately, it is now time to return home. Just a short ride (or walk) across the front lawn of Glacier Park Lodge, is the Amtrak station. After a group photo, we board our motorcoach to catch the iconic Empire Builder, naturally once part of the Great Northern Railroad. Hill considered this a 1st class train and Amtrak continues the tradition. If you are in a roomette, as you cross through the badlands of eastern Montana and western North Dakota, you will be invited to a wine tasting party in the diner. What a great way to savor the sites you have just visited on your way back to Chicago. 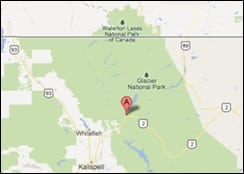