Fired at 63: Should I Retire Now? What Would You Do? 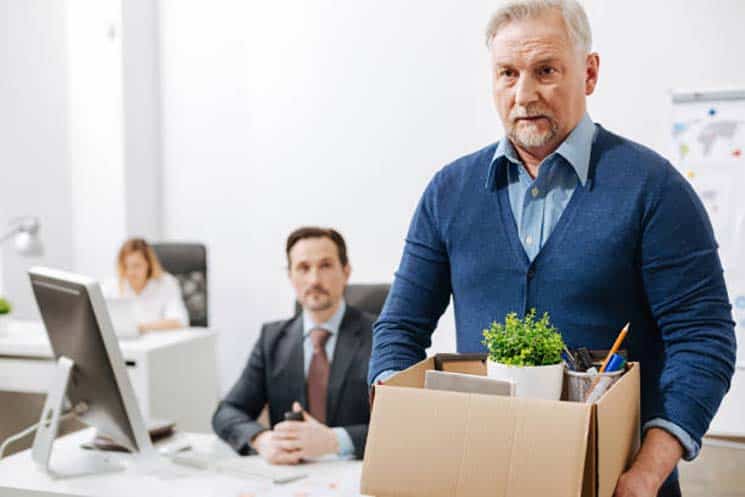 Last week, without warning and for no apparent reason, I was fired. Dollar General has employed me as a cashier for the past 13 months. Thirteen months during which I was never late, never absent.

As do most seniors, I took my job seriously working weekends and nights, often filling in for younger workers with family obligations.

Don’t get me wrong. I’m no martyr. I’ve been working retail since I was 12 years old. That’s 51 years. If I didn’t enjoy the work – if I weren’t good at it – I’d have found another vocation long ago.

Dollar General must have felt that way, too. Over 13 months, I’d received three pay raises, the last just a week before I got canned.

Money was not the primary objective when I joined. Dollar General Corp. is one of the few retail companies in the area offering health insurance.

Retire in Costa Rica? (Yes, You Can Afford Retirement)

My husband, Frank, gets five to 10 e-mails every day from Suddenly Senior readers my age and older who have been summarily fired by employers who replace them with cheaper, often part-time help eliminating requirements to provide health insurance.

Today it’s a “screw-you” world out there, employers against employees. More and more, workers are hired only part-time at minimum wage.

I only wonder who will buy their stuff when the time comes that most of the US workforce is working part-time making $5.15 an hour? Even working full-time, that’s less than $11,000 a year.

“Nothing to Talk About. That’s It!”

On that horrible day last week, as I signed in for my regular shift, the manager began to shout at me. A relative stranger, he had been assigned to my store for only one week.

Embarrassing and shocking both customers and staff, he screamed that my position code had been changed, that I now would receive only $6 an hour.

I quietly objected and said that I would complete my shift and talk to the regional manager later.

“Nothing to talk about. That’s it. Your shift is covered. Get your ass the hell out of here!”

Given no alternative, I left. Later that day a different manager informed me that I was “suspended pending termination.” My name had been removed from the list of employees.

In the world of Dollar General, I had vanished into the ether.

Two 16-year-old boys, each working part-time, replaced me. Now, at the risk of seeming to be prejudiced, I must mention that the new manager is openly gay, and has made a practice of discussing the physical attributes of his male co-workers and customers.

My assumption is that I was canned because of the high cost of my health insurance. I haven’t heard from COBRA yet, but last I checked, insurance for my age group was an unaffordable $1,200+ a month…

There are a few things we seniors demand. One is simple respect. I got none. So I’ve hired an attorney. Another employee, female and age 59, was also fired that day. I will file an age and sex discrimination suit.

Age discrimination is common as mud these days. IBM, 7-Eleven, Wal-Mart, even the older-than-God Dick Clark have been accused of breaking the law.

On a personal level, losing one’s job is always traumatic. At 63 it can be catastrophic. There are so many of us seniors, too young for Medicare and frequently considered too old to be of any value in the job market, who find our lives controlled by circumstances and corporate heads unable to see what a pearl of valuable resource wisdom and age can be.

What a pity that it takes a lawsuit to force them to take a second look at one of America’s most valuable natural resources – the working senior.