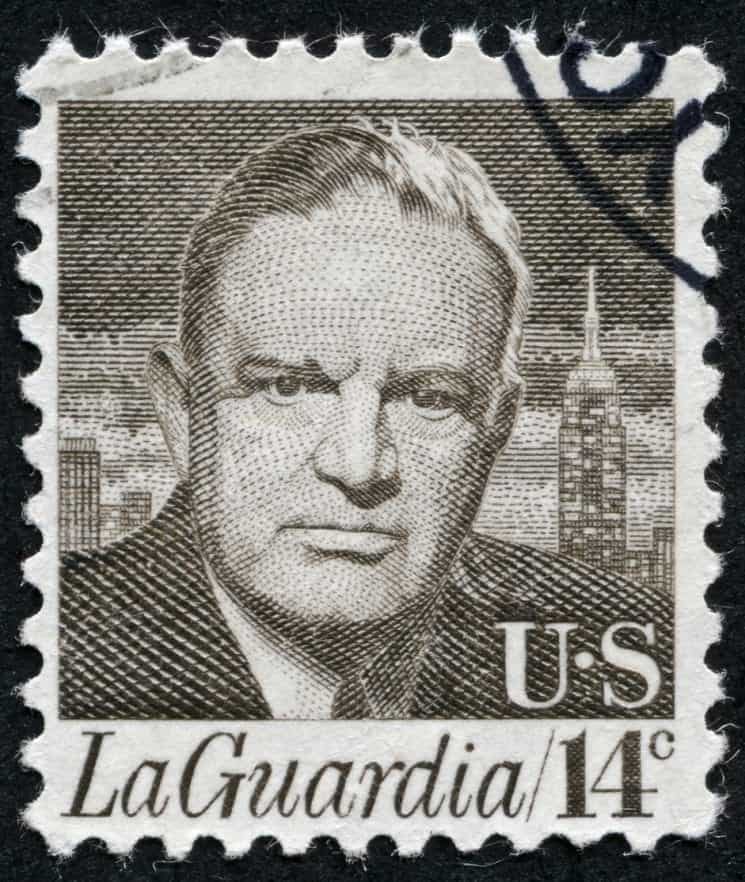 Here’s a story about Fiorello LaGuardia who was mayor of New York City during the worst days of the Great Depression and all of WWII. Many New Yorkers adored him.  They took to calling him the “Little Flower”. All because he was so short and always wore a carnation in his lapel. Mayor LaGuardia was a colorful character. He rode the New York City fire trucks, raided city “speakeasies” with the police department, and took entire orphanages to baseball games. When the New York newspapers went on strike, he got on the radio and read the Sunday funnies to the kids. 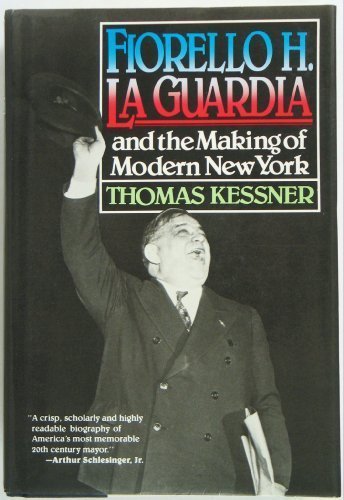 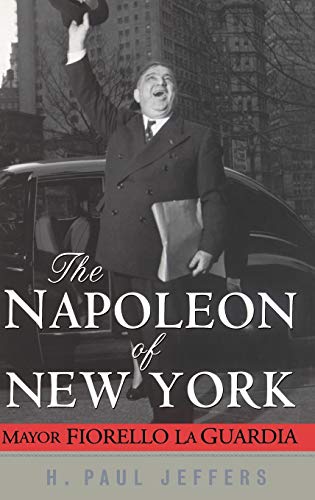 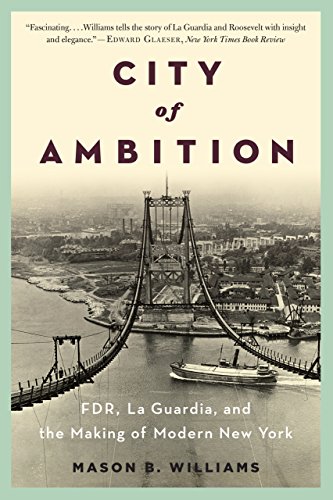 City of Ambition: FDR, LaGuardia, and the Making of Modern New York
$9.99
Read Reviews on Amazon

A Fine Must Be Payed

One bitterly cold night in January of 1935, the mayor turned up at a night court. The court served the poorest ward of the city. Mayor LaGuardia dismissed the judge for the evening and took over the bench himself. Within a few minutes, a tattered old woman was brought before him, charged with stealing a loaf of bread. She told Mayor LaGuardia that her daughter’s husband had deserted her. Her daughter was sick and her two grandchildren were starving.

But the shopkeeper, from whom the bread was stolen, refused to drop the charges. “It’s a really bad neighborhood, your Honor,” the man told the mayor. “She’s got to be punished to teach other people around here a lesson.”

Mayor Fiorello LaGuardia sighed. He turned to the woman and said, “I’ve got to punish you. The law makes no exceptions. Ten dollars or ten days in jail.”

Even as he pronounced the sentence, the mayor was already reaching into his pocket. He extracted a bill and tossed it into his famous hat. He proclaimed, “Here is the ten dollar fine which I now remit; and furthermore I am going to fine everyone in this courtroom fifty cents for living in a town where a person has to steal bread so that her grandchildren can eat. Mr. Bailiff, collect the fines and give them to the defendant.”

The following day, New York City newspapers reported the incident. A bewildered woman who had stolen a loaf of bread to feed her starving grandchildren received $47.50. The grocery store owner himself contributed fifty cents of that amount. Furthermore, some seventy petty criminals, people with traffic violations, and New York City policemen participated. Each of whom had just paid fifty cents for the privilege of doing so, gave the mayor a standing ovation.

A Timeline of Mayor Fiorello LaGuardia Before He Became Mayor

A Vocal Opponent Of The Nazis

Fiorello LaGuardia belonged to the progressive wing of the Republican Party. He opposed prohibition, supported women’s suffrage, and passionately campaigned against child labor. In 1932, he co-sponsored the Norris-LaGuardia Act, which restricted the power of courts to ban strikes. LaGuardia also became known as an early and vocal opponent of the Nazis.

Also in 1932, Franklin D. Roosevelt’s landslide victory swept away many Republican members of Congress, including LaGuardia. LaGuardia felt undeterred by this and finally won the mayoral election of New York City in 1933. He became affectionately known as ‘The Little Flower’ due to his 5 foot 2 stature. His compassionate attitude towards the people of New York is undeniable.

Over the next twelve years, he developed a reputation as an efficient and honest administrator. A supporter of the New Deal, LaGuardia expanded the city’s social welfare services. Furthermore, he initiated a program of low-cost housing. One of his best-known remarks was, “There is no Democratic or Republican way to clean the streets.”

Fiorello H. LaGuardia was the first man to win the election of Mayor of New York for three consecutive terms. Many people agreed that he was like New York’s most colorful Mayor since Peter Stuyvesant.

Dynamite and aggressive, he was a fighter by nature and constantly flew all over the country by airplane. He would take on anybody, no matter their size, including Hitler. He even went as far as to make brave public remarks that caused a stir.

When he took office as Mayor on January 1, 1934, Fiorello LaGuardia had climbed higher on the political ladder than any other American of Italian descent.

LaGuardia came to office in January 1934 with five main goals:

He achieved the majority of the first four goals in his first hundred days. FDR gave him 20% of the entire national CWA budget for work relief. LaGuardia then collaborated closely with Robert Moses, with support from the governor Democrat Herbert Lehman, to upgrade the decaying infrastructure.

Fiorello LaGuardia’s parents came to the United States from Foggia, Italy. Although he was born on the East Side of Manhattan on Dec. 11, 1882, Fiorello LaGuardia was by no means a product of the city streets.

The future Mayor of New York spent his childhood days at Fort Whipple, Arizona. He finished his education when he received his diploma from the high school at Prescott, Ariz.

After his father’s death, Fiorello accompanied his relatives to Budapest, where his mother’s body is buried in the Jewish Cemetery.

Cemetery at the End of the Road (Mary Jane’s Grave)

He was just 19 when he obtained employment in the United States Consulate. A few months later, he transferred to the consulate at Trieste as an interpreter. When he was 20 he became consul at Fiume, then part of Austria-Hungary.

It was in 1929 that Fiorello LaGuardia first ran for election as Mayor. He lost the election to Mayor James J. Walker by a few votes just off of a half a million. Three years later, in 1932, he lost the bid for re-election to the House of Representatives. It was a landslide victory that saw the election of Franklin D. Roosevelt.

Early in 1937, Mayor LaGuardia created an international incident. He made a speech before the women’s division of the American Jewish Congress in New York. He characterized Adolf Hitler as a fanatic menacing the peace of the world. Fiorello suggested that he be made a central figure in the World’s Fair Chamber of Horrors.

Interested in music from his childhood, Mayor LaGuardia sought out an anthem for this city. He frequently attended the opera and concerts and on occasion led symphony orchestras.

He established a series of Summer City Halls at the following locations:

When the city purchased the Gracie Mansion on the Upper East Side of Manhattan, it became the Mayor’s residence.

A majority of New York residents respected LaGuardia for conducting an honest administration. His reputation stood him in good stead in 1937. He won the Fusion candidacy for re-election, despite early Republican opposition. He won reelection easily, defeating Jeremiah T. Mahoney, Democratic candidate, by 453,374.

The death of President Roosevelt in April and the accession of President Harry S. Truman was a severe political blow to the mayor. Truman was critical of Mayor LaGuardia when his appointment to a high post in the Army was under consideration.

In 1945, LaGuardia refused to run for a fourth term as mayor. He was appointed director of the U.S. Office of Civilian Defense (1941) and director general (1946) of the United Nations Relief and Rehabilitation Administration.

On Dec. 31, 1945, Fiorello LaGuardia moved out of City Hall after twelve years as Mayor. In that time he had drastically altered the city in many ways. Its physical plant, its governmental structure, and its political and social patterns had all been changed substantially. A new city charter had been adopted in 1938. Appointees of Fiorello LaGuardia filled the board of magistrates,  virtually every other long-term appointive office, and the power of Tammany Hall had been reduced to a shadow.

On April 8, 1947, Fiorello LaGuardia won the annual One World Award for press and radio.

Fiorello LaGuardia married twice. His first wife was Thea Almerigotti, and after her death, he married Marie Fisher in 1929. She had been his secretary while he was a member of the House of Representatives. They adopted two children, Jean Marie LaGuardia and Eric Henry LaGuardia. They were 18 and 15 when their father passed.

Fiorello H. LaGuardia died in his sleep at 7:22 A.M. yesterday. He was 64 years old. At the bedside were his wife, the former Marie Fisher LaGuardia, who had been his secretary while he was in Congress; their adopted children, Jean, 18 years old, and Eric, 15, and Mrs. LaGuardia’s sister, Miss Helen Fisher. The three-time Mayor of New York had been in a coma since last Tuesday night.

Many people described his passing as “a shock of awful finality.” The mayor was quoted, “In his death, the people of the city, the State and nation have lost a great, patriotic American citizen.”

To mark the passing of a high official, the Fire Department’s 5-5-5-5 signal, repeated four times. New Yorkers heard firehouses signal throughout the city at 8:06 A.M. At 8:15, the announcement of Fiorello LaGuardia’s death went out over the police teletype system. All city building custodians lowered their flags to half staff.

Mayor Fiorello LaGuardia was one of the most important and dynamic political reformers during the 1930s. Just some of the books written by him and about him include:

Historians have continuously recognized LaGuardia as the greatest mayor in American history. He’s perhaps the greatest in New York City, with many experts calling him a match with Rudy Giuliani.

Mayor LaGuardia had such an impactful effect on others. Therefore, those he has touched have dedicated things to his name.

A number of institutions in New York and streets around the world have named structures after him. He was also the subject of the Broadway musical “Fiorello!” which won a Pulitzer Prize.